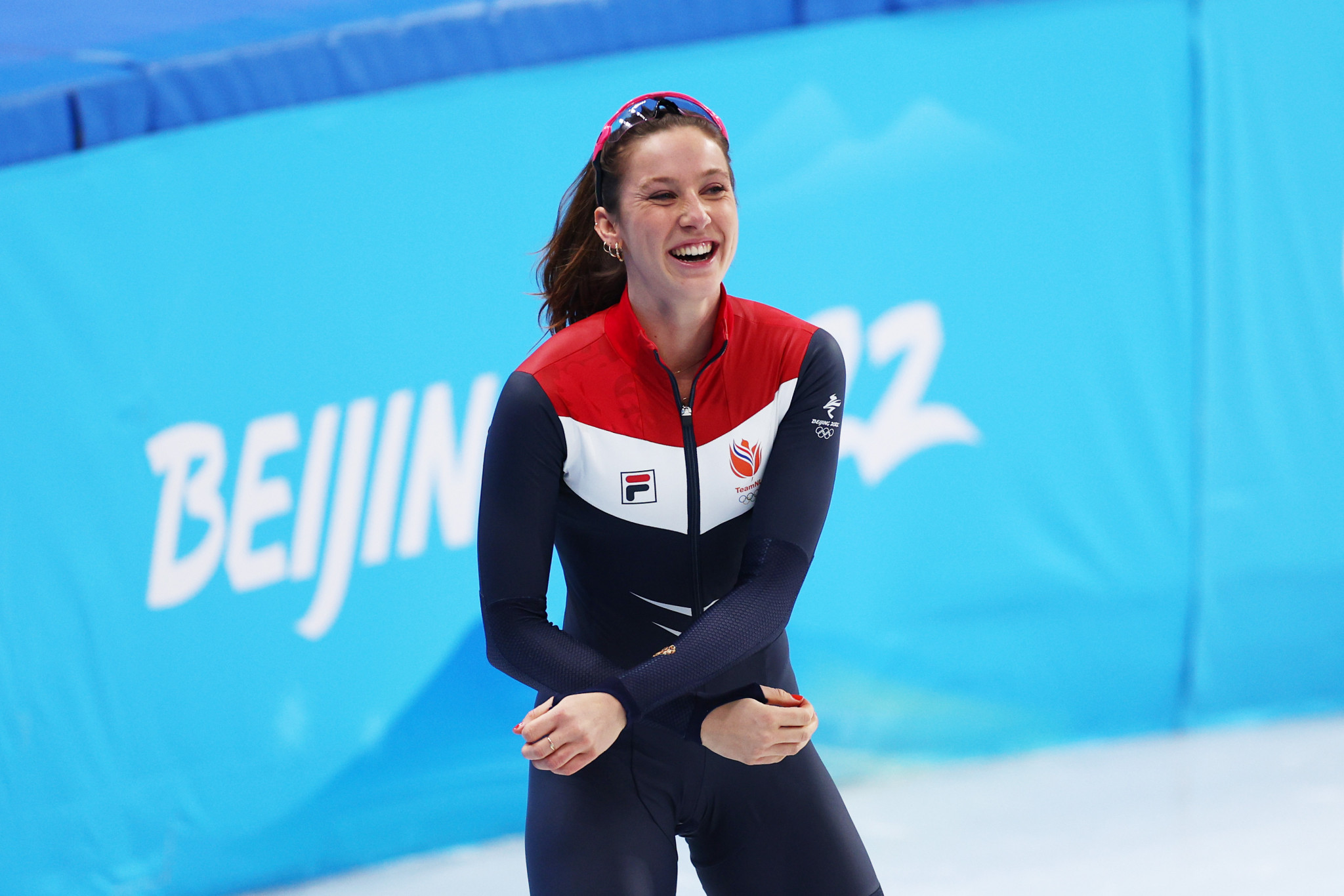 She won her second Olympic gold medal, adding to her silver medal won earlier this week in Beijing in the 500m and bronze, which she claimed in the 3,000m relay at Pyeongchang 2018.

Prior to the final, Schulting laid down an unprecedented mark in the quarter-finals of the event, breaking the world record with a time of 1min 26.514sec at the Capital Indoor Stadium.

It improved on the previous best set by Canadian Valerie Maltais in October in a time of 1:26.661.

Schulting was rushed to the line in the final by South Korean Choi Min-jeong who had briefly taken the lead late on, but was denied the gold by 0.052sec.

Hanne Desmet won Belgium's first medal of the Games when she crossed the line third for her first Olympic medal.

It follows on from her silver at the World Championships in the women's 1,000m.

American Kristen Santos tangled with Arianna Fontana of Italy in the final, with the latter being penalised.

Xandra Velzeboer, also of The Netherlands, won the B final in front of South Korean Lee Yu-bin and American Corinne Stoddard.