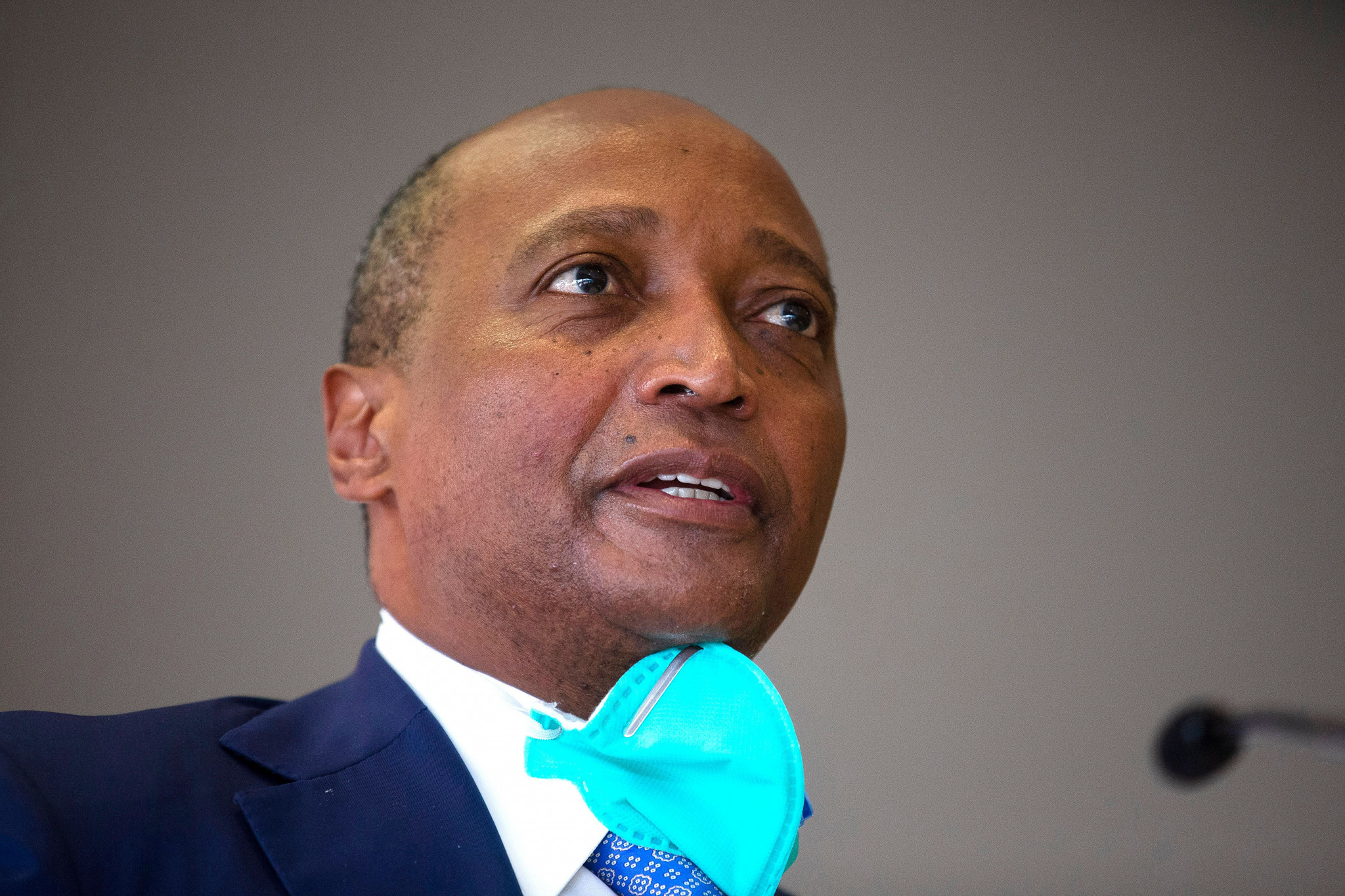 President of the Confederation of African Football (CAF) Patrice Motsepe has claimed a closed gate that should have been open caused last night's crush outside the Olembe Stadium prior to the Africa Cup of Nations round of 16 match between hosts Cameroon and Comoros.

According to Agence France-Presse, officials confirmed eight deaths so far, including one child, in the capital Yaoundé.

There were videos of fans screaming at the entry gates to the stadium.

Seven of the 38 people who were injured are in a serious condition.

Motsepe addressed the tragedy in a press conference today, in which his focus was on a gate that he said should have been open.

"I went to see where the people lost their lives and you see it's a gate," said Motsepe.

"That gate was supposed to be open. Because if it was open, they would have walked through - and it was closed for inexplicable reasons.

"If that gate was open as it was supposed to, we wouldn't have had this problem we have now, this loss of life.

"So of course, as part of the hearing, we want to know who closed that gate, who was responsible for that gate.

"Legally, the Organising Committee are responsibility for safety and security, but we're their partners, and we have to make sure of it.

"The last thing I'm interested in is saying that it's someone else's responsibility and not mine.

"We have to take collective responsibilities and deal with the legalities later.

FIFA has given its "deepest condolences" to the families and friends of those who died.

"FIFA sends its deepest condolences to the families and friends of the victims who lost their lives following the tragic incident that took place at Olembe Stadium during the Africa Cup of Nations fixture between Cameroon and Comoros," read the FIFA statement.

"The thoughts and prayers of the global football community are with the victims, the ones who have been injured in this incident, and all the staff of both CAF and the Cameroonian Football Association at this difficult moment."

Due to COVID-19 restrictions in Cameroon, the capacity was curbed at 80 per cent of its usual 60,000 for a match where Cameroon won 2-1 to reach the quarter-finals.

Six people are reported to have been killed and dozens hurt in a crush outside a stadium hosting an Africa Cup of Nations match in Cameroon.

Video footage showed football fans struggling to get access to the Paul Biya stadium in a neighbourhood of the capital Yaounde. pic.twitter.com/a6WLbFZORj

Another journalist, Leocadia Bongben from Cameroon, claimed there was a disturbance from one of the fan zones outside.

"A minute after that an ambulance came to the stadium, but when we got to the place the police would not allow us to get close to where the stampede was.

"It's really quite a sad situation that people go to watch a game and they end up dying there."

"The Indomitable Lions and all of their management deeply regret the incidents that occurred at the Olembe Stadium on the sidelines of the match between Cameroon and Comoros for the round of the Africa Cup of Nations," said Aboubakar.

"They send their sincere condolences and saddened to the families of the victims and wish a speedy recovery to the injured.

"The Indomitable Lions urge football fans to Cameroon and Africa to a high sense of discipline and more responsibility inside and outside the stadiums so that football matches in general remain festive moments."

CAF announced it had launched its own investigation.

The Olembe Stadium is otherwise known as the Paul Biya Stadium, named after the leader of the country, President of Cameroon since 1982.