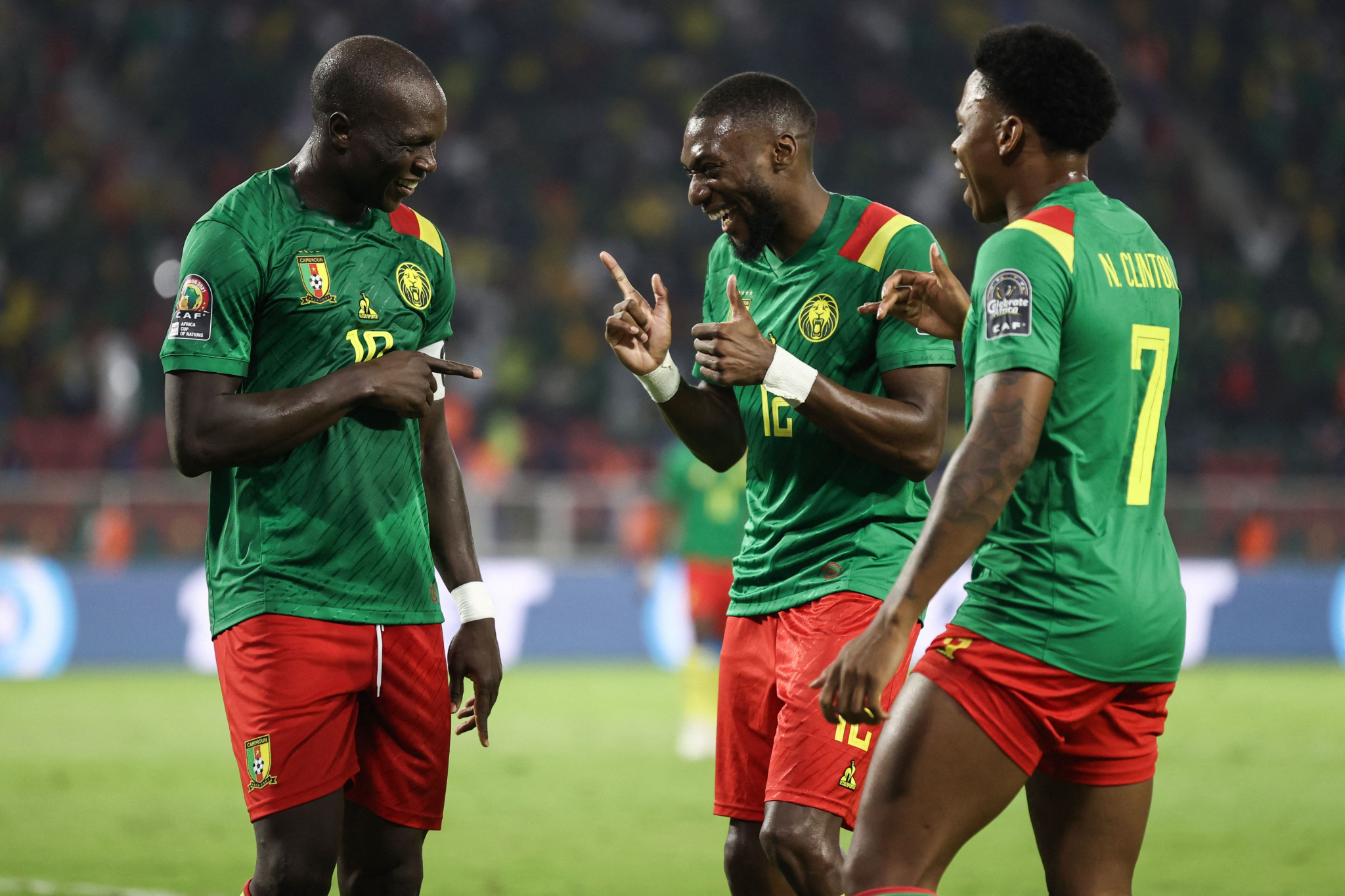 Cameroon had to work hard to defeat a depleted Comoros side 2-1 in the last 16 of the Africa Cup of Nations, but the match was overshadowed by an incident outside the Olembe Stadium, with reports that six people had been killed in crushes.

Dozens more were hurt in the crushes, with news of the incident only emerging after the final whistle.

In a statement released this evening CAF said it was "currently investigating the situation and trying to get more details on what transpired."

Underdogs Comoros faced having to play an outfield player in goal in the last 16 match after two of their keepers contracted COVID-19 and the third, Salim Ben Boina, was injured during the nation's shock 3-2 win over Ghana.

Instead, left-back Chaker Alhadhur guarded the net, with tournament rules forcing teams to play if they have 11 fit players.

With the odds against them already, Comoros were dealt a blow when their captain Nadjim Abdou was sent off within seven minutes for stamping on the back of Moumi Ngamaleu's ankle.

Despite the massive advantage, it took Cameroon 29 minutes to get a shot on target - and it ended with a goal from Karl Toko Ekambi who knocked it past Alhadhur.

Comoros pushed for an equaliser and gave the hosts a few scares, including forcing André Onana into a double save at the end of the first-half.

Alhadhur became a hero too with a double save of his own, having settled into his new role.

Cameroon looked to have destroyed the underdog dream when the tournament's top scorer Vincent Aboubakar got the second 20 minutes from time, but a brilliant free-kick by Youssouf M'Changama gave the Comorians hope with 10 minutes to go.

Although Comoros could not find the equaliser, they ended the match with more shots on target than the winners, showing their willingness to attack.

In the early match, Gambia stunned Guinea with a moment of excellence from Musa Barrow to record a 1-0 win and put them into the quarter-finals of the tournament for the first time in the country's history.

The West African nation only qualified for the competition for the first time this year, but have impressed throughout.

Guinea were the latest victims at their hands, when Bologna forward Barrow jigged through the defence after receiving a sharp pass to put away the only goal of the game in the 71st minute.

Defender Ibrahima Conté had an equaliser ruled out for offside before Gambia's Yusupha Njie was sent-off.

Guinea hit the post with minutes to go and another shot was tipped over by goalkeeper Baboucarr Gaye.

Conté was then dismissed in injury time for a second booking as Gambia held onto the win.

Gambia are 150th in the world rankings, below Guinea who are 81st.

They now face Cameroon in the quarter-finals.