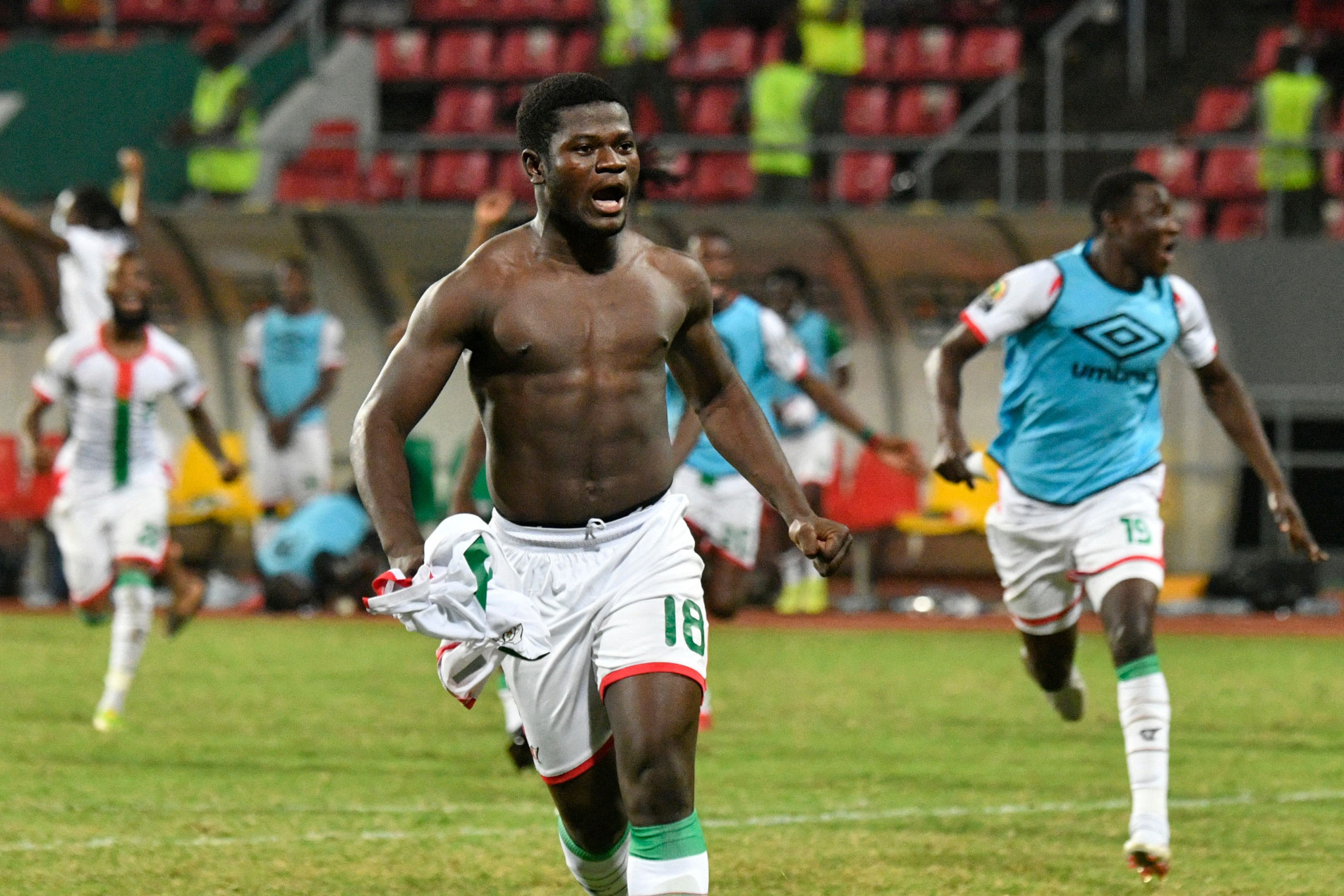 Burkina Faso eventually booked their spot in the quarter-finals of the Africa Cup of Nations, beating 10-man Gabon in a nail-biting penalty shoot-out at the Limbe Stadium in Cameroon.

The country's talisman and captain Bertrand Traoré put them in front in the 28th minute and looked to be cruising towards the next round when Sidney Obissa was given a second yellow card for an off-the-ball foul, when he pulled back Dango Ouattara.

Despite the result being in favour of Burkina Faso, an own goal from Adama Guira in the 91st minute gave Gabon the equaliser from a corner.

The ball was first headed by attacking player Bruno Ecuele Manga before coming off Guira, meaning another 30 minutes would need to be played.

With no goals coming in extra-time, the fate of the game would be decided on penalties.

Both teams scored their first three penalties each, before Guélor Kanga had his penalty saved by Herve Koffi.

With a chance to put Burkina Faso on the front foot going into the last penalty, Saïdou Simporé sent his shot over the bar.

Gabon and Burkina Faso again scored three penalties in a row, with Yannis N’Gakoutou-Yapende breaking this streak by sending his over the target.

Abdoul Tapsoba had the chance to capitalise on this, but his shot was saved by Jean-Noël Amonome.

Lloyd Palun was inches from scoring a perfect penalty, but his effort hit the bar, allowing Ismahila Ouédraogo to coolly slot the ball away, with the shoot-out ending 7-6 after the score finished 1-1 after 120 minutes.

Tunisia pulled off an upset in the late match, beating Nigeria 1-0 to set up a quarter-final showdown with Burkina Faso.

Youssef Msakni scored the sole goal just after half-time, drilling the ball towards the net, aided by a mistake by goalkeeper Maduka Okoye.

Nigeria's fortunes only worsened when Alex Iwobi was sent off moments after coming onto the field for a stamp on Msakni.

He was initially given a yellow card for the 50-50 challenge, but after a video assistant referee review, he was given a straight red.

Before their exit, Nigeria were one of the favourites for the Africa Cup of Nations title, boasting the likes of strikers Kelechi Iheanacho and Samuel Chukwueze, as well as English Premier League midfielders Iwobi, Wilfred Ndidi and Frank Onyeka.