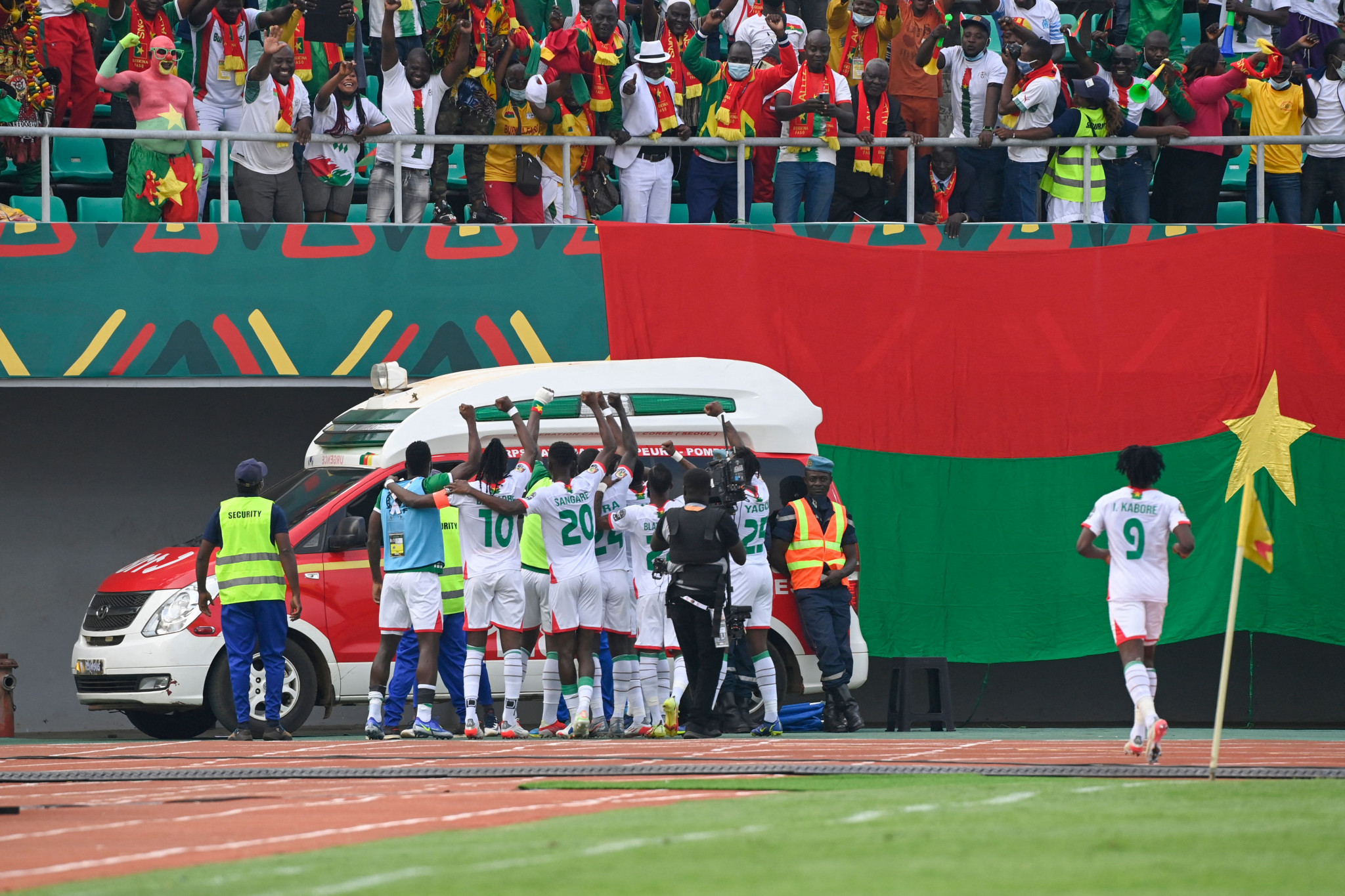 Burkina Faso sealed their place in the knockout stage of the Africa Cup of Nations after the final Group A matches both ended in draws.

Due to a 1-0 win over Cape Verde, Burkina Faso knew they would reach the last 16 if they matched their rivals' result against Cameroon.

Cyrille Bayala eased any potential nerves after lobbing Ethiopian goalkeeper Teklemariam Shanko in the 25th minute of their match at the Kouekong Stadium in Bafoussam.

Ethiopia were handed a lifeline early in the second half when Steeve Yago was penalised for handball, following a video assistant referee (VAR) review.

Ethiopia captain Getaneh Kebede levelled the score to give his side renewed hope, with only a victory enough to give them a chance of ranking as one of the best four third-placed sides.

A winning goal was not forthcoming, with Ethiopia finishing bottom of the Group A standings.

Cameroon captain Vincent Aboubakar scored his fifth goal of the group phase as the break approached.

Aboubakar fired a left-foot shot into the bottom corner in the 39th minute, after Cape Verde failed to clear a free kick.

The level of entertainment: UNMATCHED! ?#TeamBurkinaFaso accompany #TeamCameroon to the ????? ??

Garry Rodrigues levelled for Cape Verde in the 53rd minute, deftly flicking the ball into the Cameroon net from close range.

Cape Verde held on to a draw as Aboubakar fired over the bar in the closing stages, amid a string of Cameroonian chances at the Olembe Stadium.

Cameroon sealed top spot in the group with the draw moving them onto seven points.

Cape Verde’s four points was enough to finish third in Group A, with the island nation now facing a nervous wait to see if they reach the latter stages.

Cameroon will remain in Yaoundé for their last-16 tie, with the hosts remaining unbeaten in their capital city since 1988.

Their opponents will be one of the third-placed finishers.

Burkina Faso will face the runner-up in Group C in Limbe.