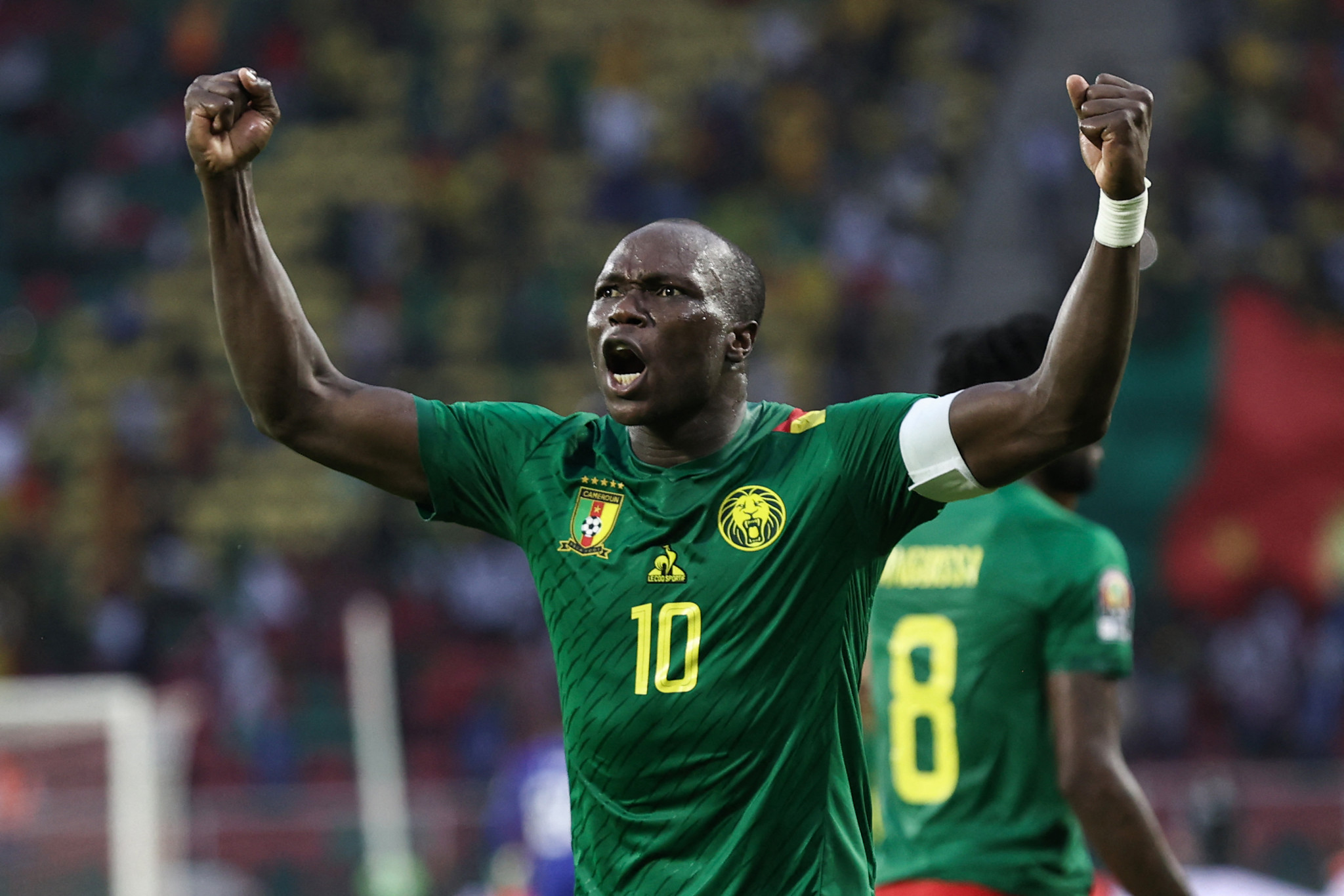 Hosts Cameroon made it a second win from two, putting in a strong second-half performance to sink underdogs Ethiopia after a competitive first 45 minutes in the Africa Cup of Nations group stages, sealing their place in the last 16.

One of the favourites for the tournament, Cameroon scored three goals in 15 minutes to put a sizeable gap between themselves and their opponents, with the score finishing 4-1 thanks to braces from Vincent Aboubakar and Karl Toko Ekambi.

However, it was not all straightforward for the Indomitable Lions, who conceded after just four minutes when Hotessa Dawa slid home the opener.

Ethiopia's entire squad plays domestically, unlike the hosts who are largely comprised of European football players.

Despite the shock start, Ekambi levelled the scoring four minutes later, scoring a header while taking advantage of Teklemariam Shanko's error between the sticks.

The rest of the first-half was competitive with chances late in the 45 for both sides, however, it was Cameroon who responded best from the break.

Striker Aboubakar scored a quickfire double in the space of three minutes, taking advantage of their opponents' attempts to stay in the game.

With Ethiopia still chasing a deficit, Ekambi scored his second in the 67th minute, putting the final nail in the coffin of the underdogs.

Aboubakar, who scored two penalties in his side's 2-1 win over Burkina Faso, is an early contender for the golden boot award, having already racked up four goals.

The victory ensures that Cameroon will progress from Group A, to likely be joined by Cape Verde or Burkina Faso, who played in the evening match.

Burkina Faso ensured the group stayed interesting going into the last round of fixtures with a 1-0 defeat of Cape Verde.

The winner was courtesy of Hassane Bandé who scored with his chest, diving from close range from an Issa Kaboré cross.

Despite a couple of decent chances for the island nation, Cape Verde could not find a way back into the match, leaving both teams on three points with one win and one loss.