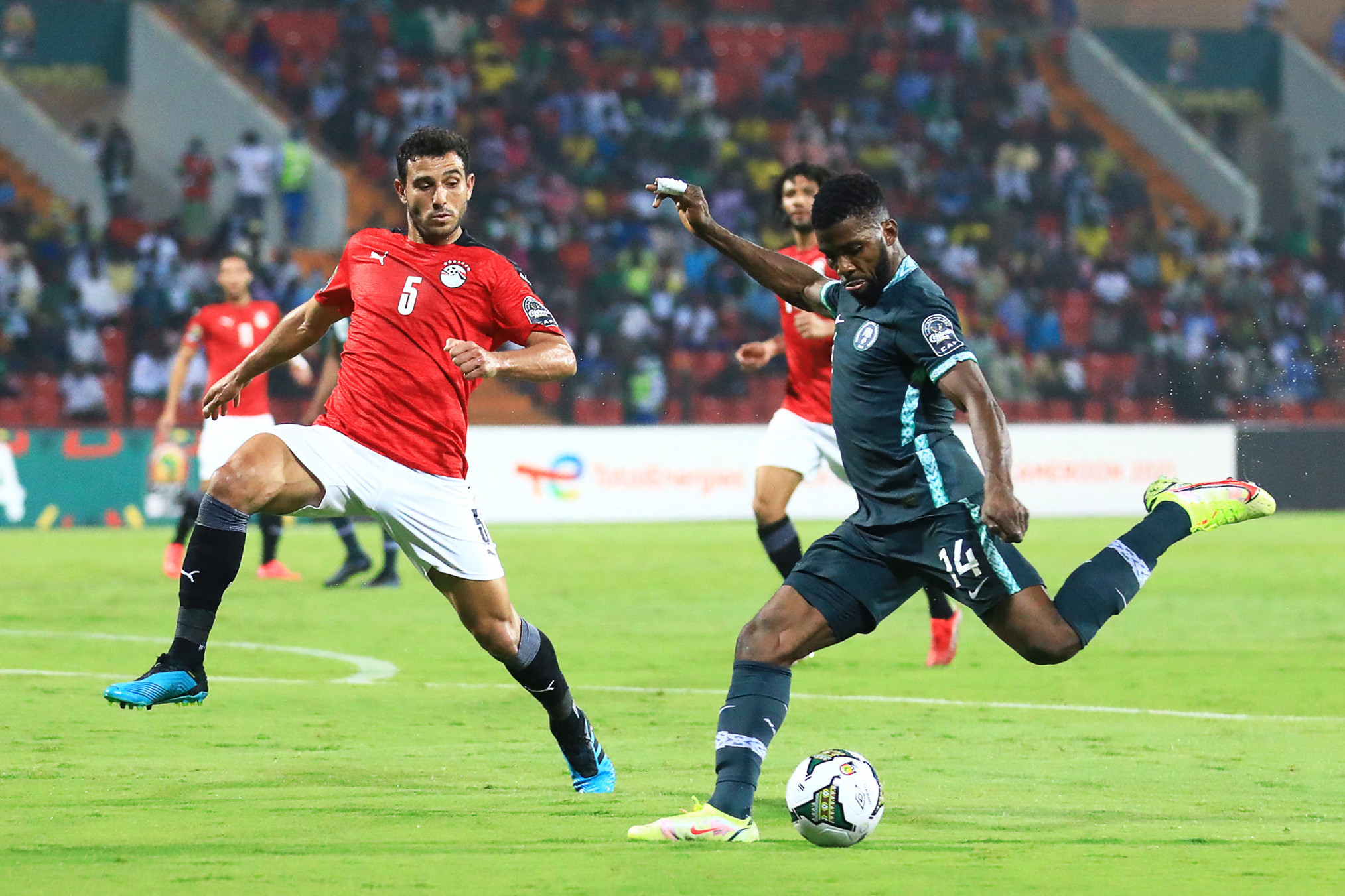 Kelechi Iheanacho fired Nigeria to a 1-0 victory over Egypt in the Africa Cup of Nations at the Roumdé Adjia Stadium in the Cameroonian city of Garoua in what turned out to be a comfortable win for the Super Eagles.

The striker, who plays his club football for English Premier League side Leicester City, opened the scoring in the 30th minute with a superb half-volley on the turn after team mate Joe Aribo chested him the ball inside the area.

Nigeria dominated the seven-time champions throughout the entire Group D encounter forcing goalkeeper Mohamed El Shenawy to make a series of impressive saves, most notably tipping a Taiwo Awoniyi header on to the bar and twice denying Chidera Ejuke.

Despite showing glimpses of early promise, the Pharaohs let their heads drop and offered little response after falling behind.

Nigeria were led from the touchline by interim manager Augustin Eguavoen with new boss Jose Peseiro observing from the stands.

Elsewhere in Group D, Sudan and Guinea-Bissau played out a 0-0 draw as Judilson Mamadu Tuncará Gomes missed a late penalty for the West Africans.

The Monaco midfielder saw his spot-kick saved by Sudan goalkeeper Ali Abou Achrine with Piqueti rattling the crossbar on the rebound.

It the first clean sheet that Sudan had kept in the tournament since their 1-0 win over Ghana in the 1970 final.

They were appearing in the competition for the first time in 10 years.

The Secretary Birds were also competing under an interim manager, Burhan Tia, having let go former coach Hubery Velud last month after a shambolic showing at the Arab Cup where they conceded 10 goals and failed to score across their three games.

In Group E, Algeria began the defence of their 2019 title with a goalless draw against Sierra Leone.

Sierra Leone will be happy with a point against one of the tournament favourites after registering just one shot on target.

Former England defender Steven Caulker, who recently switched his international allegiance to Sierra Leone, made two crucial blocks to help his side keep a clean sheet in their first Africa Cup of Nations appearance since 1996.