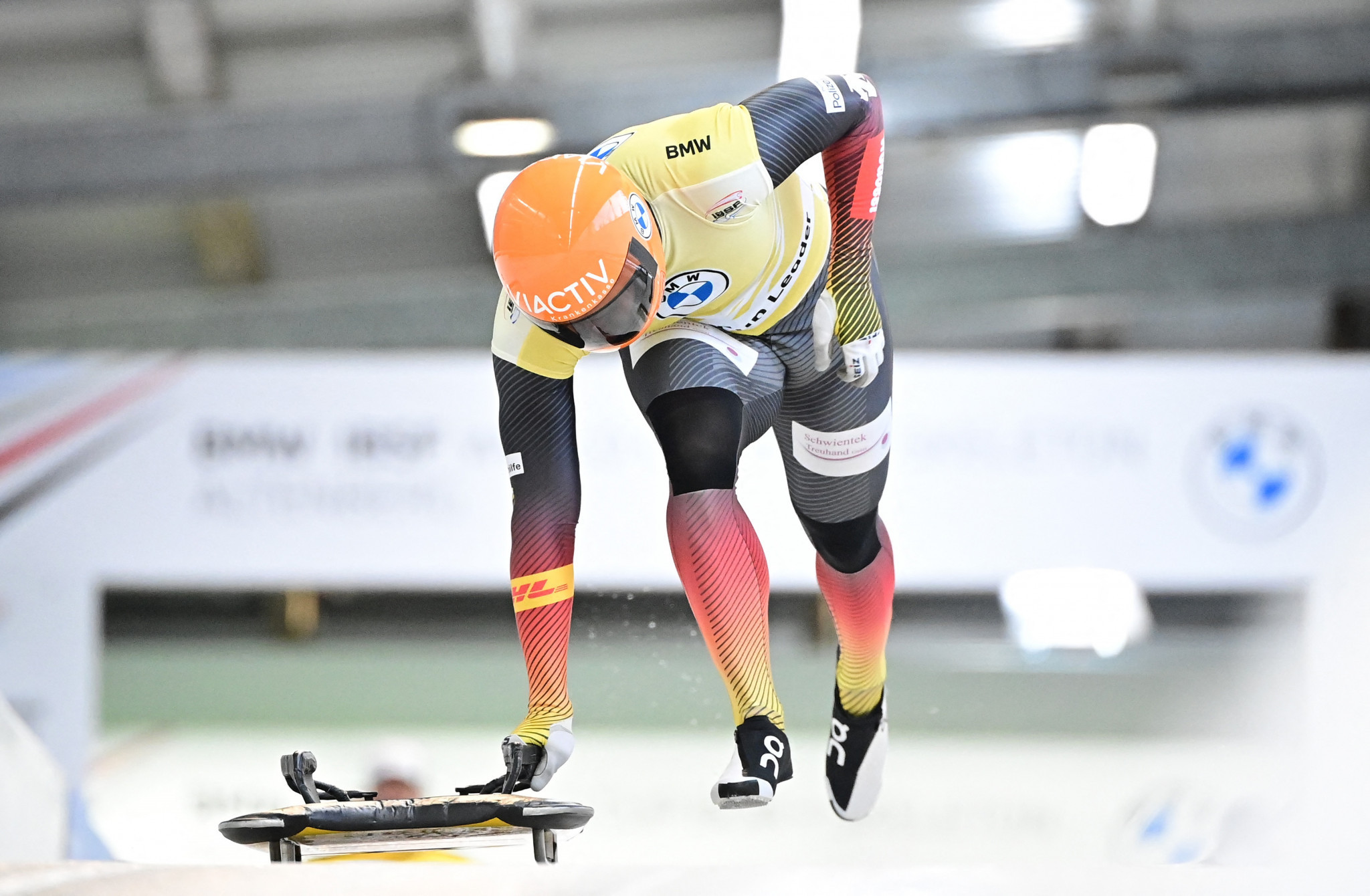 The International Bobsleigh and Skeleton Federation (IBSF) World Cup is set to return to Winterberg as the season hots up prior to the Beijing 2022 Winter Olympics.

The German venue is hosting the penultimate bobsleigh and skeleton leg of the campaign before the Games are scheduled to open on February 4.

It will present a big opportunity for racers to boost their IBSF ranking before the Olympic qualification deadline on January 16.

Winterberg played host to a World Cup leg last month with Alexander Tretiakov of Russia and Kimberley Bos of The Netherlands winning the respective men’s and women’s skeleton titles.

The victory helped Bos climb to the top of the standings, while men’s World Cup leader Christopher Grotheer of Germany will be hoping to bounce back after producing his worst result of the season with an eighth-place finish at last week’s event in Sigulda in Latvia.

Austria's Janine Flock, who trails Bos by 36 points in the title race, will be looking to increase the pressure on her rival again after winning in Sigulda.

Skeleton races are due to be held tomorrow before the Bobsleigh World Cup takes centre stage this weekend.

Two-man and two woman events are set to take place on Saturday (January 8) before the four-man contest is held on Sunday (January 9).

Francesco Friedrich of Germany suffered a rare two-man defeat in Sigulda before bouncing back alongside Thorsten Margin a day later on the Latvian track.

He leads both the two-man and four-man standings after a sensational season featuring 11 wins out of 12 races.

Elana Meyers Taylor of the United States tops the two-woman leaderboard after clinching victory in Sigulda with Lake Kwaza.

Nolte tasted success in Winterberg in December and will hope to triumph again.