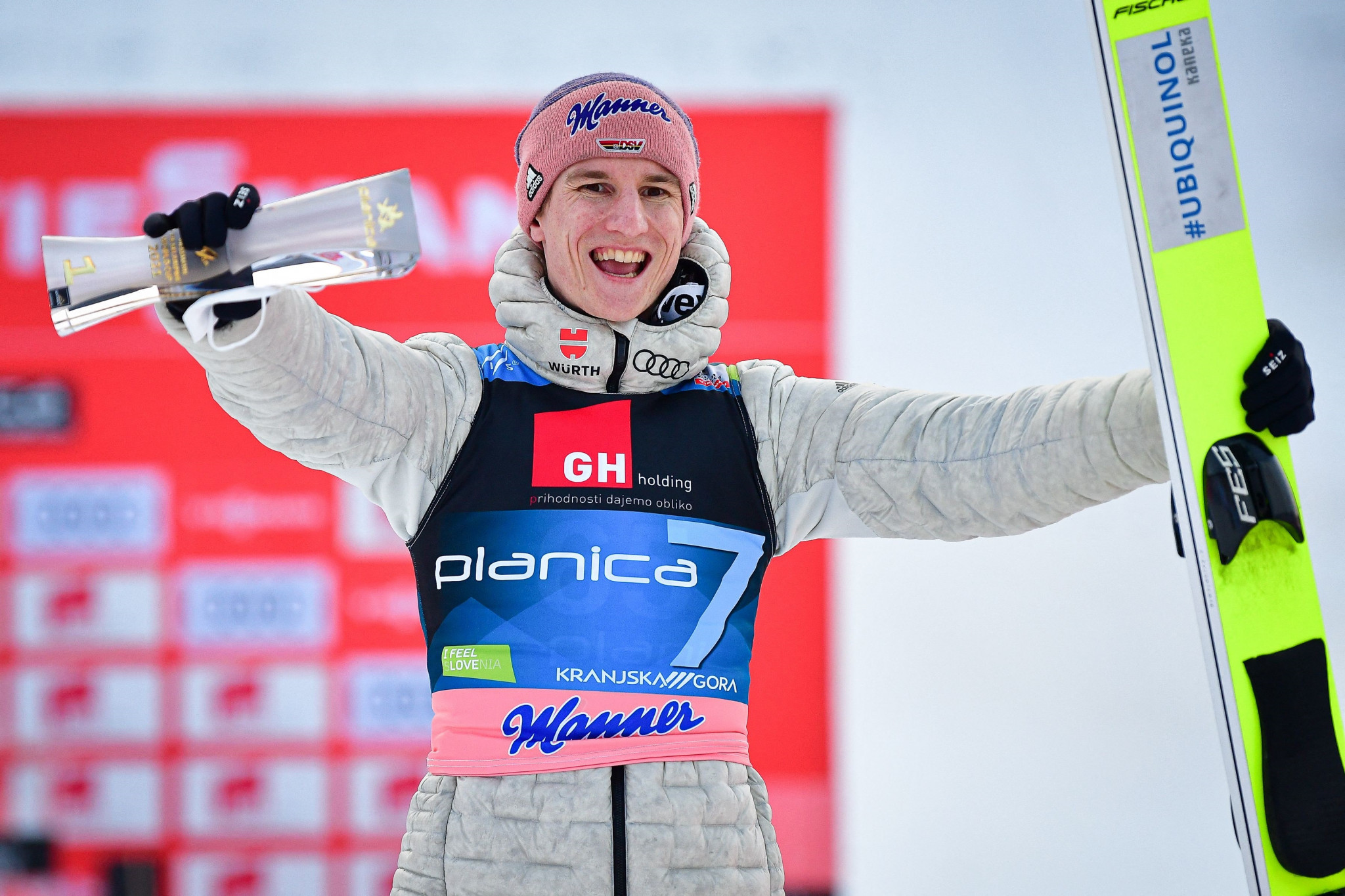 Karl Geiger believes he is "ready" to become the first German ski jumper in 20 years to win the Four Hills Tournament.

Oberstdorf in Germany is due to host the opening leg of the series, held as part of the International Ski Federation (FIS) Ski Jumping World Cup season, with qualification set to take place tomorrow.

Geiger leads the overall World Cup standings having podiumed in five of the nine stages this season.

Sven Hannawald was the last German winner of the Four Hills Tournament in 2002.

Since then, Germany has experienced many near misses, including last season when Geiger finished second behind Poland’s Kamil Stoch.

But Geiger is optimistic that he can end Germany’s long wait for another victory in the famous ski jumping event.

"The pressure hasn’t necessarily been less than the last few years," said Geiger, as reported by German broadcaster ZDF.

"I feel up to the whole thing, I feel ready.

"If we add all our things together, then it has to work out statistically.

Markus Eisenbichler, who has medalled at two World Cup legs this season, is another German ski jumper who will be eyeing the Four Hills Tournament title.

"We prepared extremely [well] for the tour in the summer.

"The overall Geiger package is the recipe for success."

Geiger says he feels "right at home" in Oberstdorf as he returns to the place of his birth to start the Four Hills Tournament.

Garmisch-Partenkirchen is scheduled to hold the second stage on January 1.

The final two legs of the Four Hills Tournament are set to take place in the Austrian resorts of Innsbruck and Bischofshofen on January 4 and 6, respectively.

Geiger has accumulated 594 points to sit at the top of the overall World Cup standings after victories at Nizhny Tagil in Russia and Engelberg in Switzerland as well as three second-place finishes.

Japan’s Ryōyū Kobayashi - a former winner of the Four Hills Tournament - is second on 496 after beating Geiger to win the last FIS Ski Jumping World Cup leg in Engelberg earlier this month.