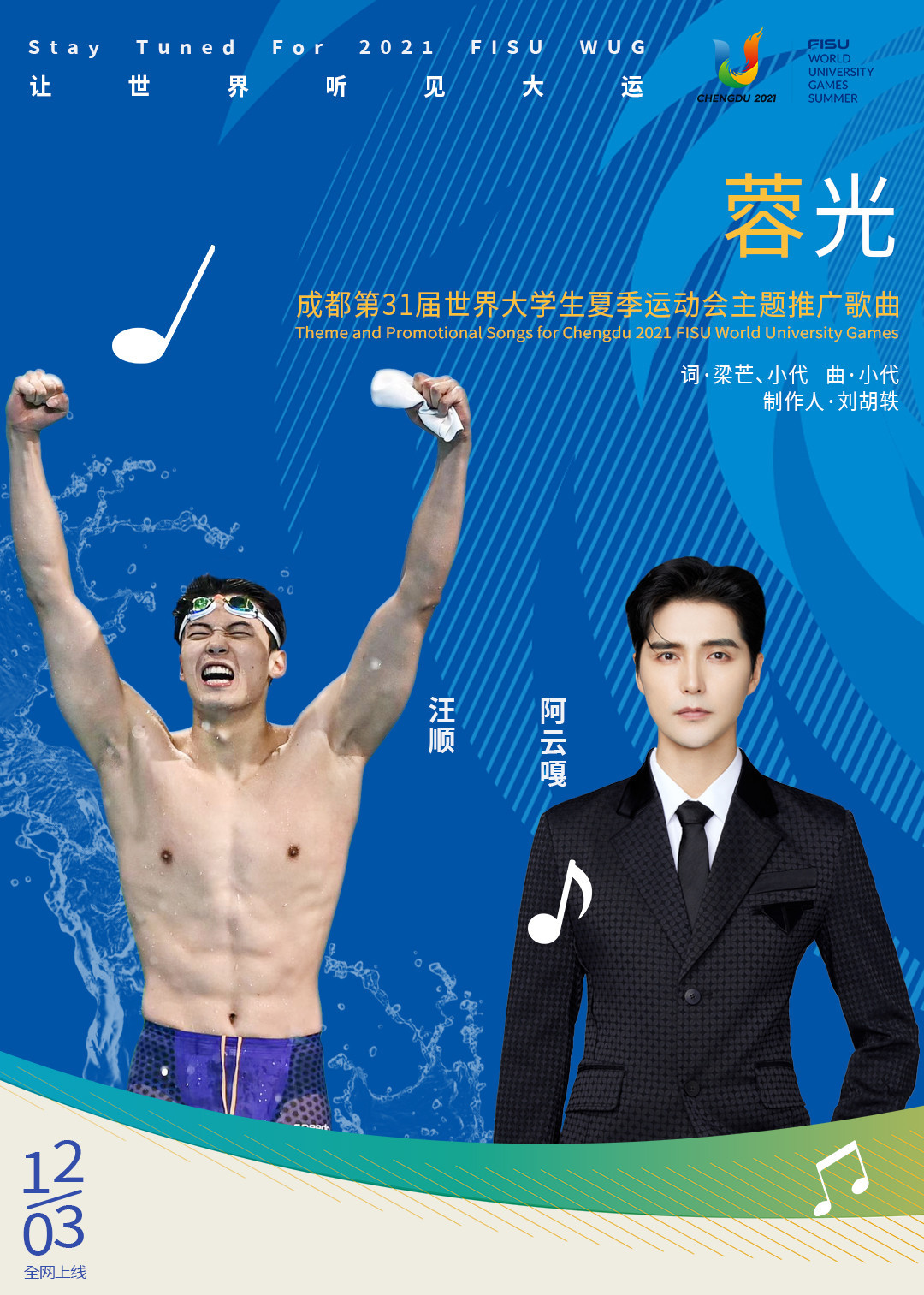 The Organising Committee said the songs have different styles and showcase the "unique charm of Chengdu and the Games".

Nine were initially released at the end of October, before the whole 20-track album was launched this month.

There are plans to launch the album on overseas platforms soon as well.

The songs Love So Much and Waiting for You in Chengdu are also performed by virtual idols and characters created by artificial intelligence.

The Chengdu 2021 FISU Summer World University Games are scheduled to take place from June 26 to July 7 in 2022.

The event was initially scheduled for 2021 before being postponed due to complications caused by the COVID-19 pandemic.