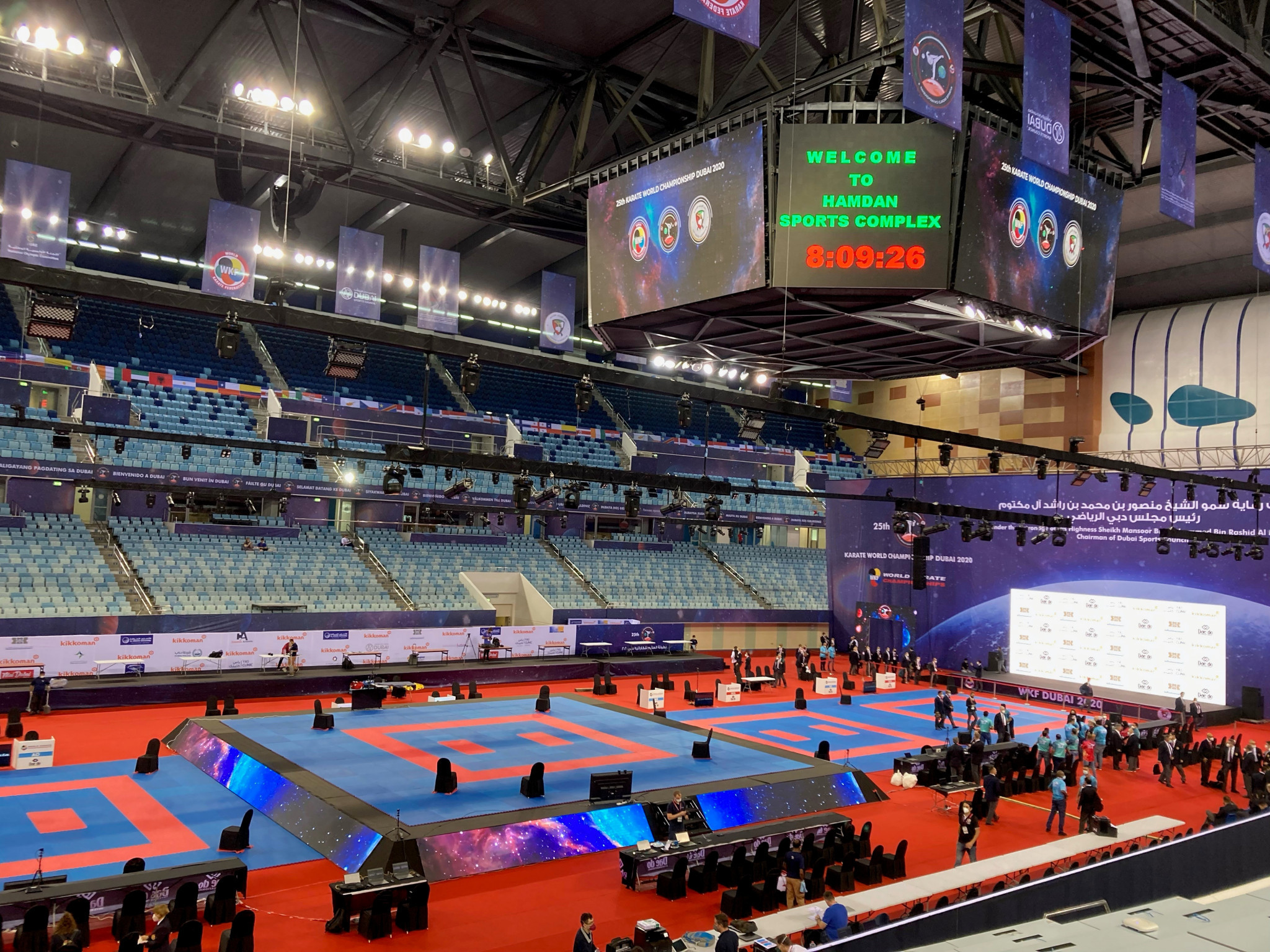 Iran’s withdrawal from the Karate World Championships here is due to COVID-19-related issues and not because of the participation of Israeli athletes, according to the World Karate Federation (WKF).

There had been suggestions Iran had pulled out of the event, which began yesterday, in protest at the presence of five athletes and two referees from Israel.

Iran refuses to recognise Israel and regularly withdraws its athletes from sports events to avoid facing competitors from the country.

insidethegames understands the Iranian Karate Federation told the WKF in a letter that COVID-19 was the reason for the team not participating in this year’s Championships.

The decision was communicated to the WKF just a few days before the opening of the event.

"The WKF has closely followed the withdrawal of the Iranian national team - as well as some other national teams - from the World Championships, just as it is usually done in similar circumstances," the WKF said in a statement to insidethegames.

"Our queries have concluded that the only reason for Iran national team to fail to participate in the event in Dubai is due to COVID-19-related issues.

"The 2021 World Championships are being held in Dubai and thus far the tournament is running smoothly."

Iran’s team at the World Championships had been due to feature the likes of Olympic over-75 kilograms champion Sajjad Ganjzadeh, who won gold at Tokyo 2020 after opponent Tareg Hamedi of Saudi Arabia was disqualified for a high kick that rendered him unconscious.

Critics of Iran’s policy against Israel, which it has enforced for decades, have called on sports bodies such as the International Olympic Committee (IOC) to suspend the country.

Despite numerous examples of Iranian athletes refusing to compete against Israel to follow a Government directive, the IOC has never banned Iran.

Iran is, however, serving a four-year ban from the International Judo Federation after the country instructed Saeid Mollaei to avoid facing an opponent from Israel at the 2019 World Championships.

Politics were kept separate from sport on the opening day of the Championships here yesterday when Kosovo’s Herolind Nishevci took on Serbia’s Luka Vukovic in one of the first bouts of the competition.

Kosovo was forced to compete under the WKF flag at the last Karate World Championships in Madrid in 2018 as the Spanish Government does not recognise the nation.