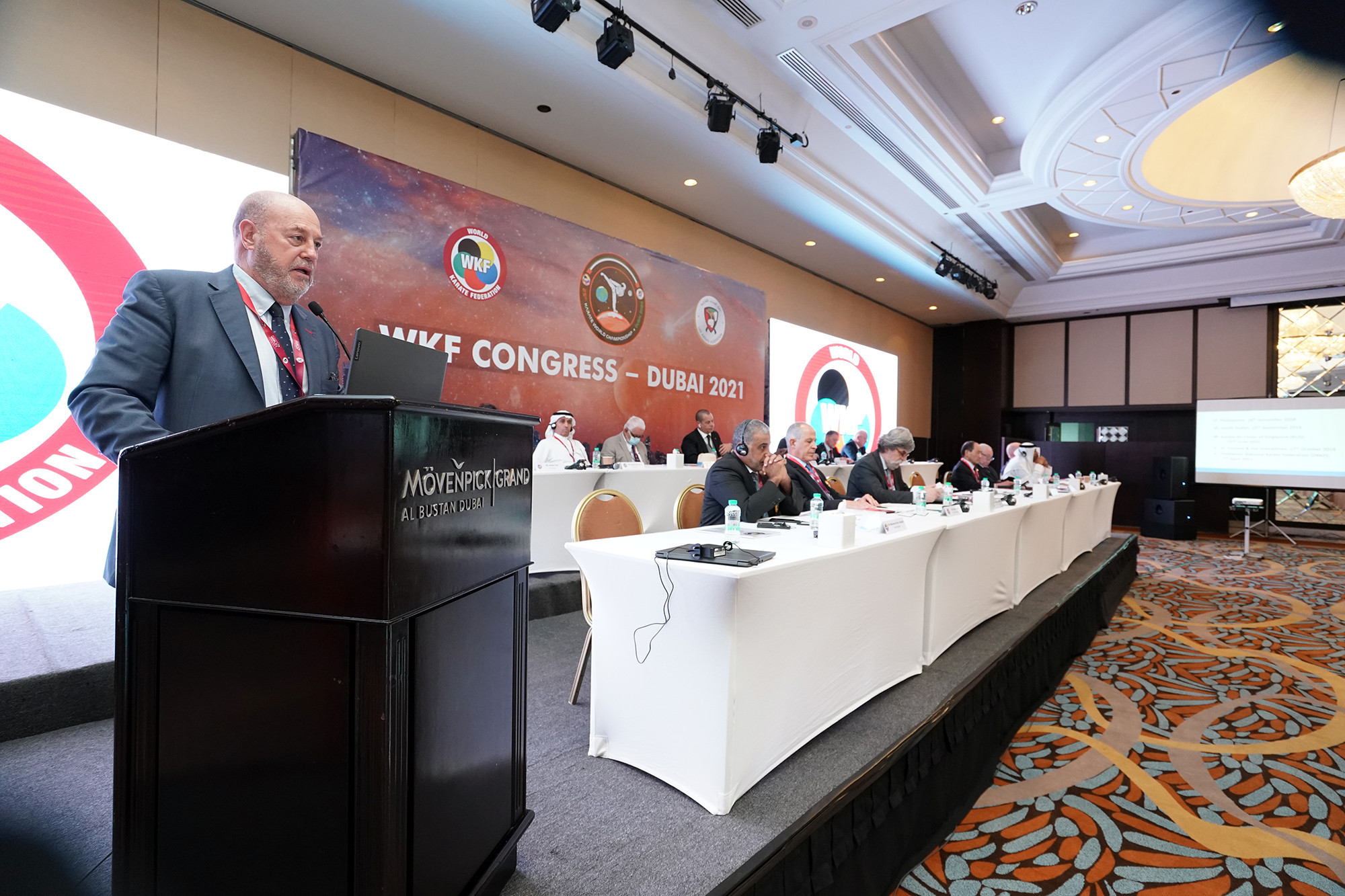 The World Karate Federation (WKF) is set to hold separate individual and team World Championships in the future after the Congress approved a proposal to split the events here today.

WKF President Antonio Espinós said the revamp of the event, which comes in the WKF's new strategy for 2023-2025, would improve participation and would "help our development and progress".

Under the plans, the Team and Individual World Championships will feature a preliminary phase and a finals.

The preliminary phase will include a series of qualification events for athletes seeking to earn a place at the finals.

The finals at the Individual World Championships will include 32 athletes in each category, who will compete in a round-robin format instead of a straight knockout to give competitors more bouts.

Espinós told the Congress that 50 per cent of all World Championship participants are currently knocked out after only one match.

"This is not logical," he added.

A total of 20 teams are set to enter each division of the Team World Championships.

Athletes will be able to qualify for each event through world rankings, Continental Championships and the preliminary phase, while spots will also be given to the current world champion, the host country and through universality places.

It is not yet clear when the overhaul of the WKF's World Championships structure will come into effect, but it could be as early as 2023.

Budapest is scheduled to host the 2023 World Championships and Espinós said he will hold talks with Hungarian officials to offer them the chance to stage the event in the current format or under the new process.

A "long-term" plan for the World Championships is due to be discussed and finalised during the WKF Congress in Turkey next year.