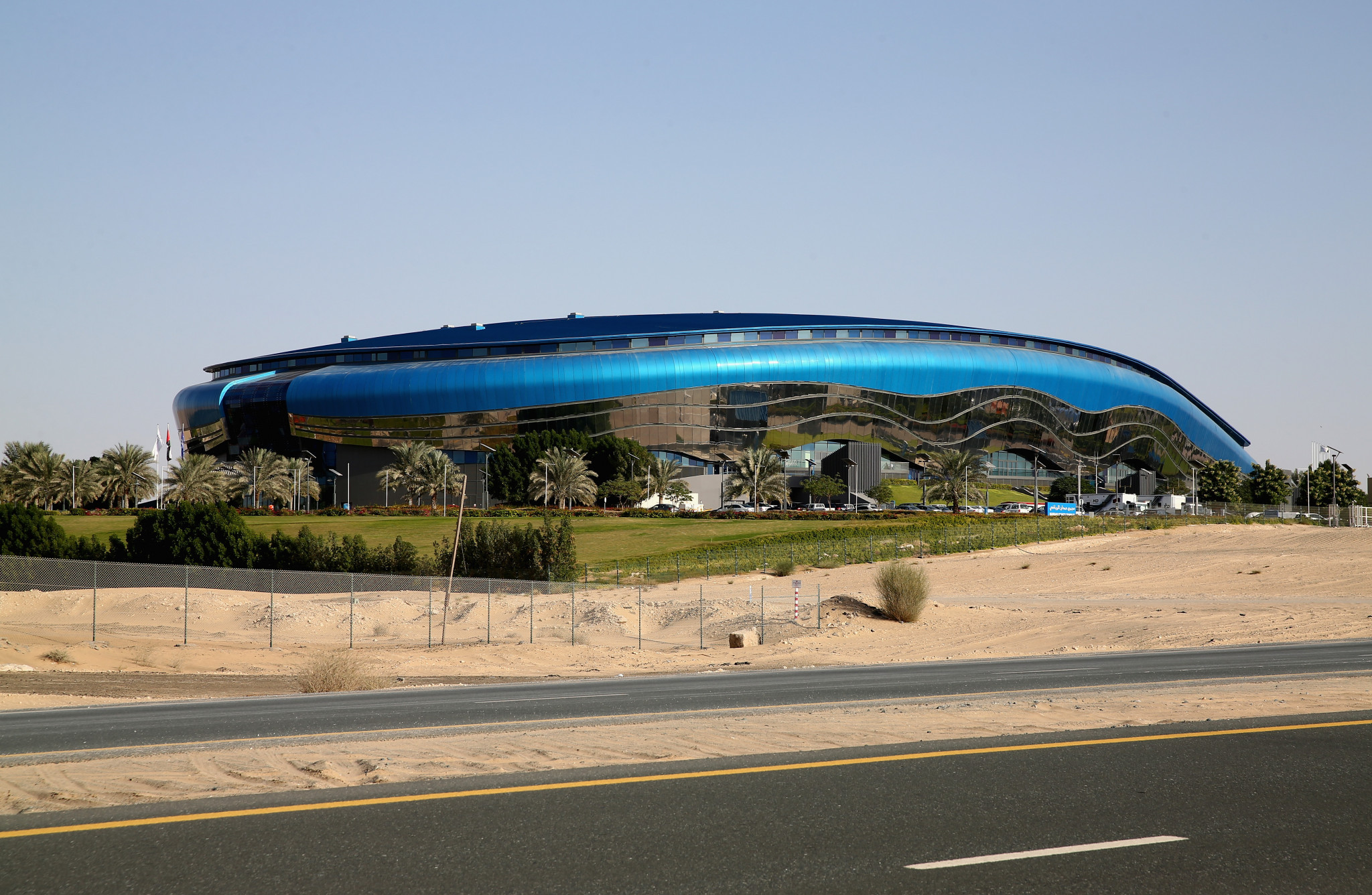 Hamdan Sports Complex in Dubai has been announced as the host venue of the Karate World Championships from November 16 to 21 in the United Arab Emirates.

The announcement was made at a media conference held today by the Dubai Sports Council (DSC).

More than 1,800 athletes are expected to participate in the event alongside 1,200 delegates, officials and technical staff.

It means that the 25th edition of the event will be the biggest ever in history in terms of participation.

"Hamdan Sports Complex is one of the top sports arenas in the world and it has hosted more than 350 events, including over 95 top international sports championships, since its inauguration 11 years ago," said Saeed Hareb, secretary general of the DSC.

"Sustainability is at the core of the design for Hamdan Sports Complex, and the construction of the 15,000-seating multi-sports indoor complex took into account ground-breaking environmentally friendly technology."

The stadium was designed to host more than 10 different Olympic sports and has staged over 350 events, including the Asian Karate Championships in 2013.

"This is a confirmation of the world's confidence in United Arab Emirates (UAE)' ability to host major sports events involving large groups of people, and the number of participants is also a reflection of the keenness of international sports athletes to visit Dubai, a magnificent city which is home to people from more than 195 countries and also the favourite destination of millions of tourists."

There will be 16 medal events and it will mark the first time that the UAE has hosted the event.

The Karate World Championships were originally planned to take place in 2020 but were postponed due to COVID-19.

This had a knock-on effect for the 2022 edition in Budapest, which has been moved to 2023.