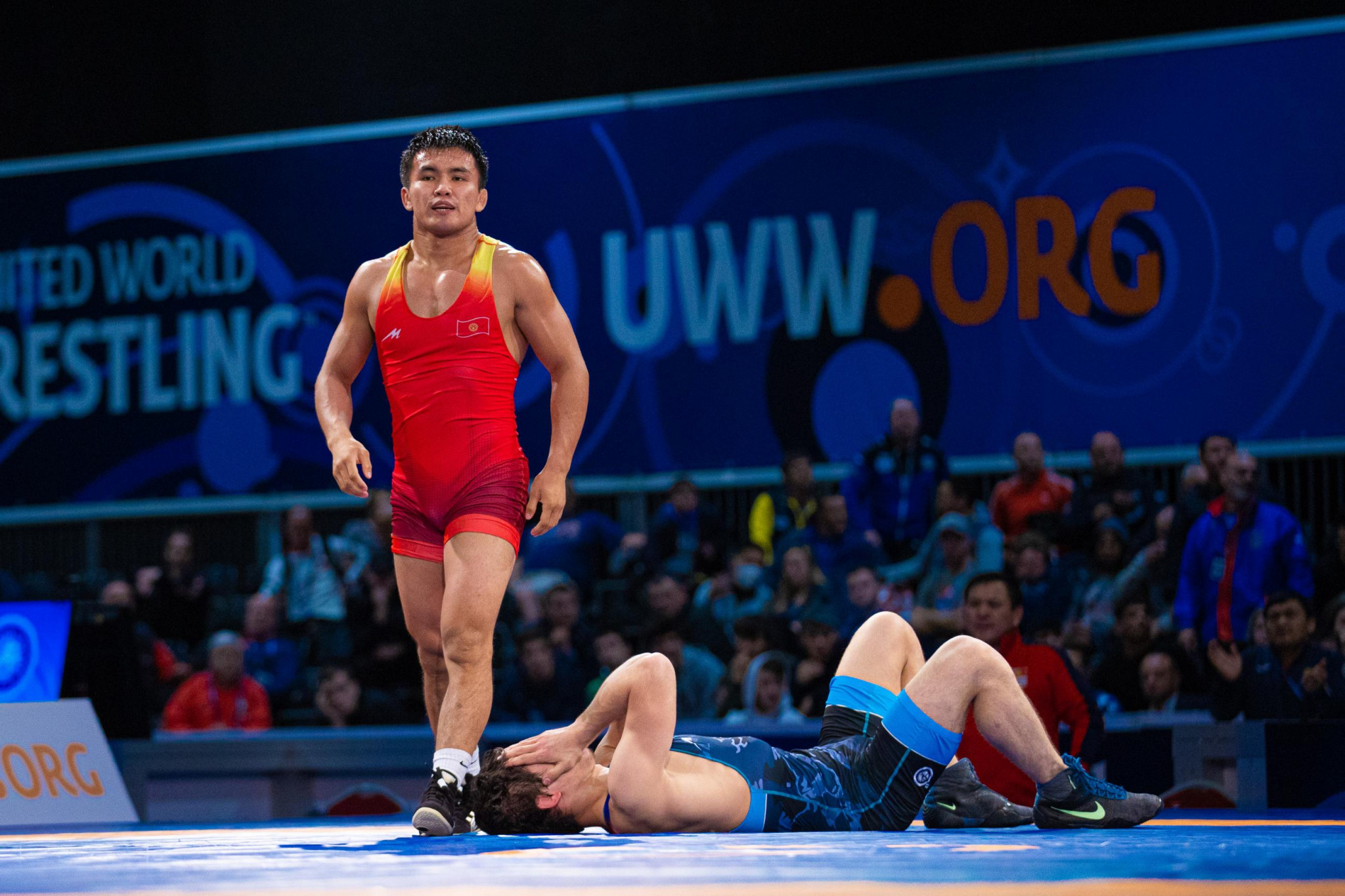 Akmataliev is one of the brightest young names in the wrestling world, having secured his silver medal at the World Championships in Oslo last month.

He proved as much here with a 10-2 victory in the 70 kilograms division over another junior wrestler who had already tasted senior success, Armenia's Vazgen Tevanyan, who won gold at the Individual World Cup in Belgrade.

"The gold is better than silver," Akmataliev said.

"Even though I lost in Oslo I am thankful to God.

"I won the gold because we waited and prepared for this a lot.

"Not only us but the whole Kyrgyzstan [waited for this]."

In the final contest of the night - and the heaviest - Iran's Amirali Hamid Azarpira bested Radu Lefter of Moldova 7-3.