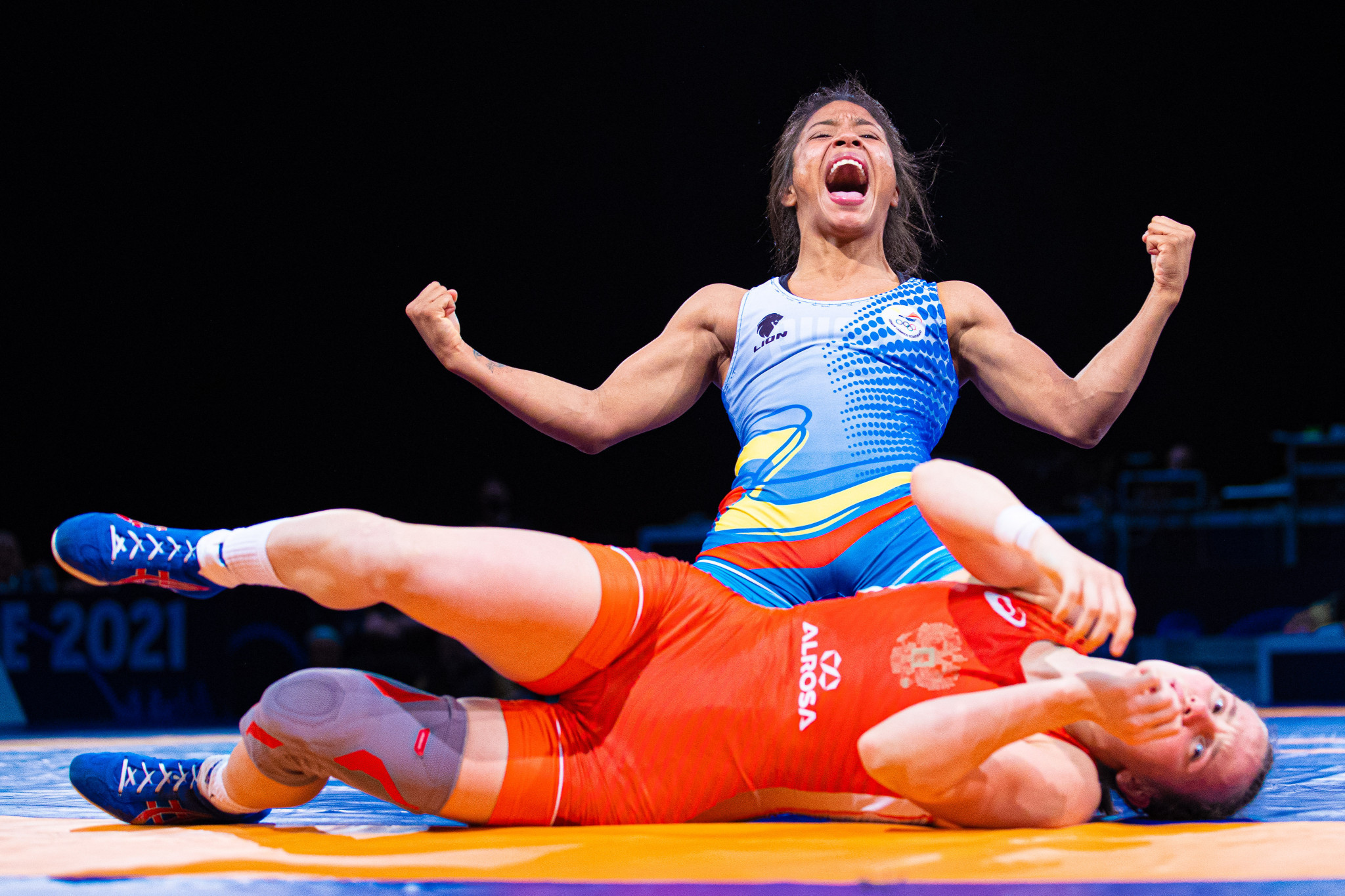 Lucia Yamileth Yepez Guzman made history at the United World Wrestling Under-23 Wrestling World Championships as she became the first Ecuadorian woman to win a wrestling world title.

The bronze medals went to Mariia Vynnyk of Ukraine and Moldova's Mariana Dragutan.

"It's a historic medal for Ecuador," Yepez Guzman said.

"I have been training for this for 10 years and I had studied the Russian wrestler.

Yepez Guzman's gold was the first of an eventful evening, which was mostly dominated by Ukraine, winning three of the five golds on offer.

A comeback to become a world champion

Then Anastasiia Lavrenchuk claimed gold in the 65kg division, again overcoming an RWF opponent, this time Dinara Kudaeva Salikhova, who had to settle silver.

In the only other final of the day, Canada's Ana Paula Godinez Gonzalez prevented Ukraine from another title, beating Kateryna Zelenkyh 10-7 to win gold in the 62kg.