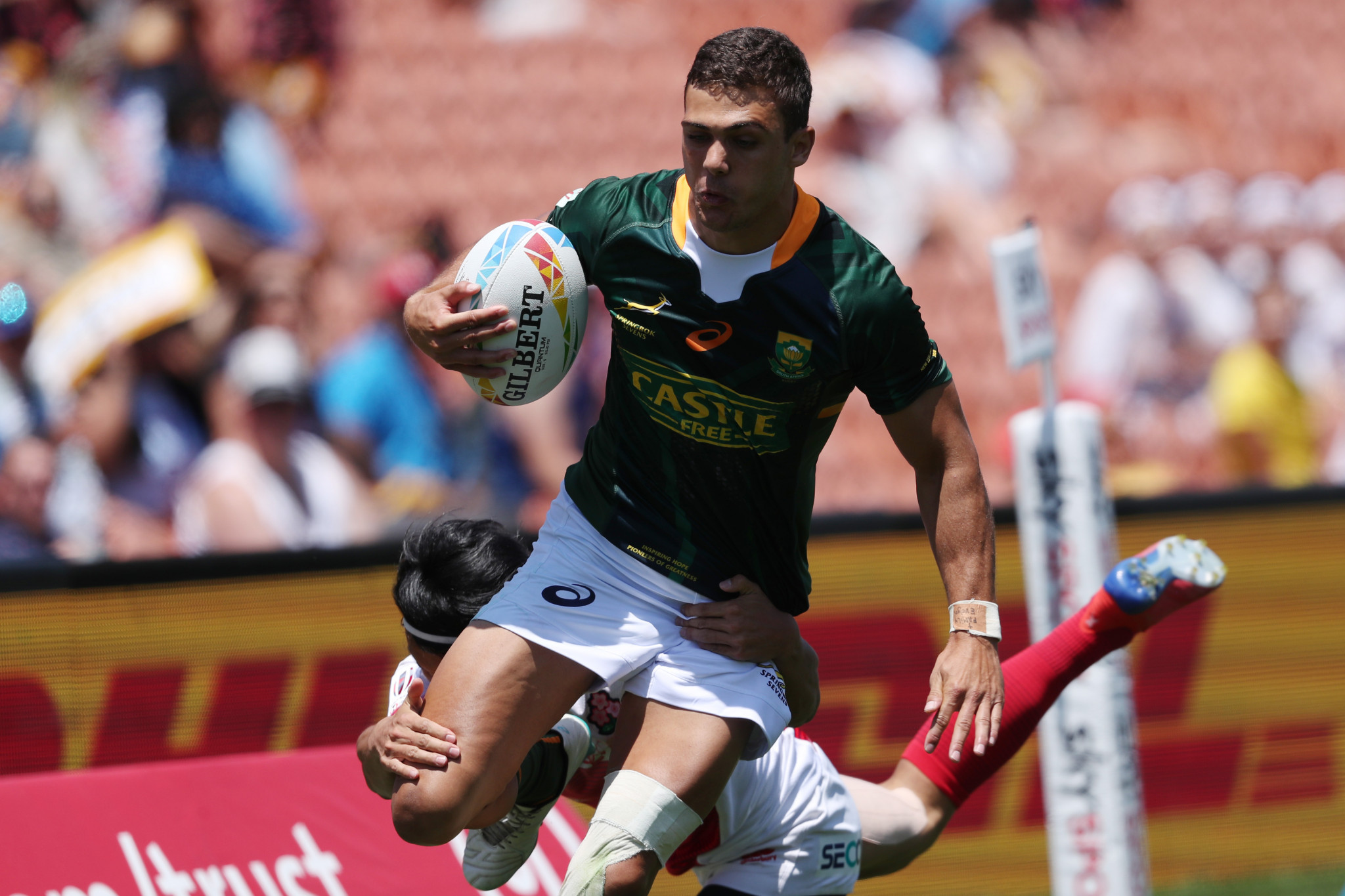 South Africa and Britain respectively claimed both leg victories and season titles at the Canada Sevens and Canada Women's Sevens events in Edmonton after dominating throughout.

Leading try-scorers, points-scorers and winners of every single game across both weekends in Canada, South Africa finished the 2021 World Rugby Sevens Series as deserved champions.

The Blitzboks backed up their win in Vancouver last week to win the second tournament of the shortened circuit at the Commonwealth Stadium, beating Britain 24-12 in the final.

"It has been an awesome two weeks, we came here with a mission to stick together and focus on our system and build on that so I am very proud of the team," said Muller du Plessis, South Africa’s star performer in Edmonton with 11 tries.

Kenya beat the hosts in the third-place match 33-14 to secure a bronze-medal finish in the overall series standings.

Several leading nations, including Olympic champions Fiji, have missed this season's tournament because of the coronavirus pandemic.

The women’s Fast Four competition followed the same pattern as in Vancouver, with Britain defeating the United States 22-5 in the final and Canada proving too strong for an improving Mexico side in the bronze-medal playoff.

Welsh wizard Jasmine Joyce was sensational throughout the tournament as she was instrumental in Britain's win.

The two-time Olympian sauntered to a hat-trick in the gold-medal match which ensured she would receive player-of-the-match honours.

"To play alongside these girls has been fantastic and to come away with back-to-back wins is incredible," Joyce said.

"Credit to all of the girls, we have had so much fun and literally every one of us is living the dream."

Beaten 22-12 by the US in the semi-final, Canada had the consolation of posting the highest score in either of the Fast Four competitions over the past two weeks.

Nine different players got their names on the scoresheet in a 63-5 victory over Mexico.