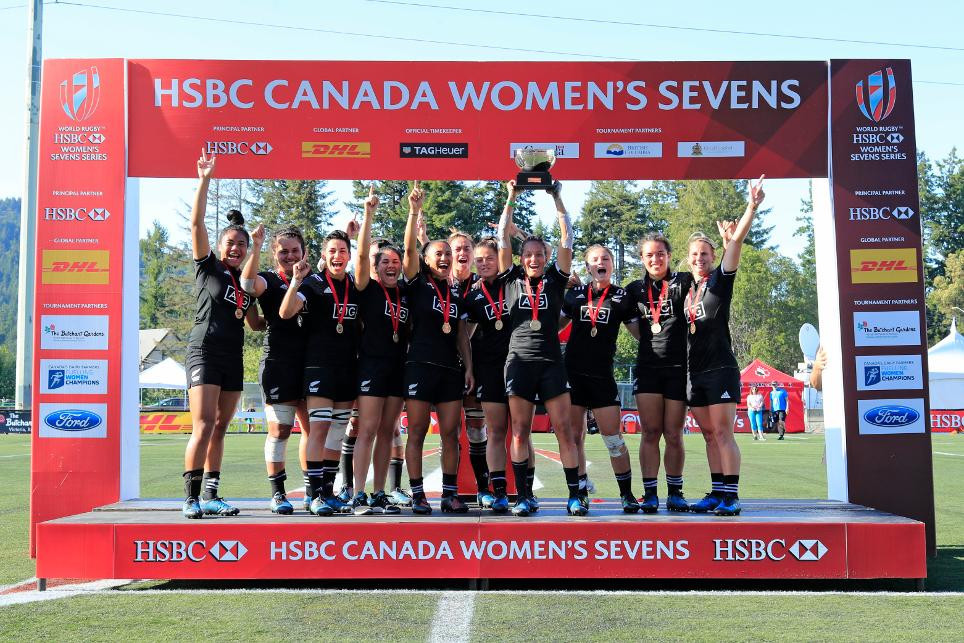 New Zealand moved to the brink of clinching the overall title as they won the Women's World Rugby Sevens Series event in Langford in Canada.

The Black Ferns Sevens strengthened their lead at the top of the standings to 14 points with just one competition remaining by beating the host nation 17-7 in the final at the Westhills Stadium.

Canada were unable to harness the energy from a partisan crowd inside the venue as they fell to a narrow defeat.

Michaella Blyde and Tyla Nathan-Wong scored two early tries for a supposedly weakened New Zealand team, who were without several key players due to their commitments with the 15s side, to set the platform for their fourth victory of the campaign with the score at 12-0.

However, Canada gave themselves hope when Julia Greenshields went over before the break.

New Zealand managed to frustrate the home side, who could not manage to haul themselves back into the contest, and a late Alena Saili try sealed the deal for the Black Ferns Sevens.

They now have a total of 96 points, with Canada and Australia both on 82.

"I couldn’t do a single part of my job if it wasn’t the whole team," player of the final Rubi Tui said.

"There were a few girls back home we wanted to make proud, the whole Black Ferns 15s team – it’s a countrywide thing so it was great for us to be able to do that for them.

"I know they’ll have been following us and they’ll be so pleased.”

New Zealand had reached the final of the Canada Sevens with a 28-5 win over France.

It came after they dispatched Russia 24-0 in the last eight.

Canada overcame England, the defending champions in Langford, in the quarter-finals with a comfortable 33-5 success before they beat Australia 17-10 in the last four.

Australia ensured they claimed vital points in their pursuit of the overall title as they won the bronze medal final 26-12 against France.

The Women's World Rugby Sevens Series is due to conclude in Clermont-Ferrand on June 24 and 25.