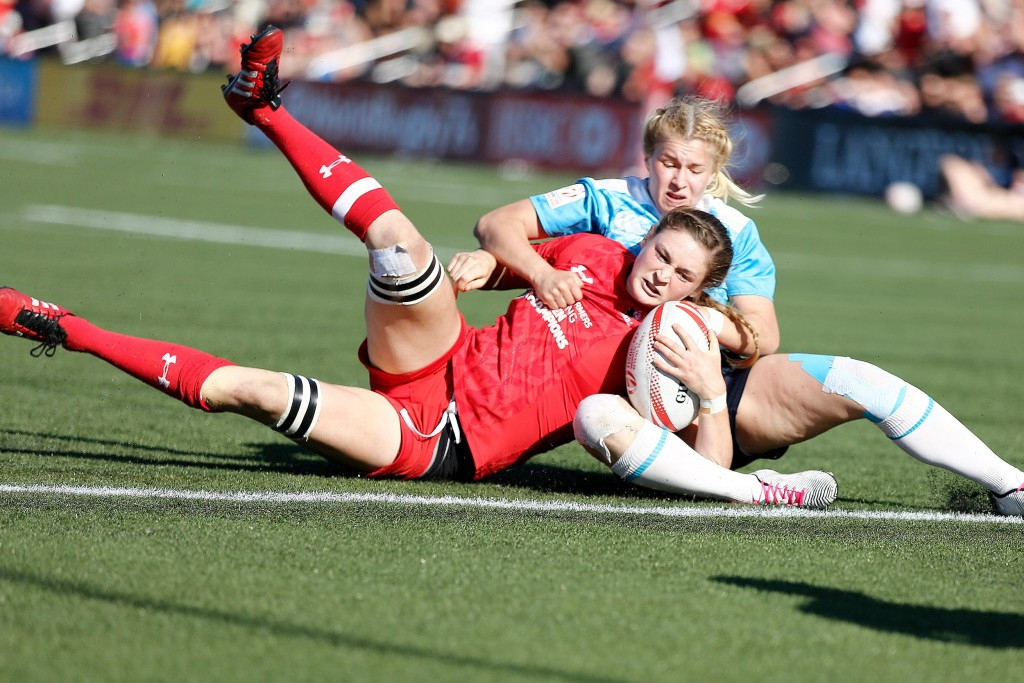 Hosts Canada and New Zealand both progressed to the quarter-finals of the Women's World Rugby Sevens Series event in Langford with 100 per cent records as they each picked up three victories at the Westhills Stadium.

New Zealand, the current overall Series leaders, were not at their best early on as they claimed a narrow 17-0 win over The Netherlands in Pool A.

The Black Ferns Sevens, who will be hoping to take a giant step towards the title by going on to top the podium in the Canadian city, then beat the United States 7-0 in a low-scoring contest.

New Zealand finally found their form when they took on England in their final pool encounter as they thrashed last year's Canada Sevens winners 43-7.

They will go up against Russia in the last eight after the European side finished third in Pool B, behind France and Canada.

The Canadians were the only other team to book a quarter-final place with three wins as they started by sweeping aside Brazil 33-5.

The home side kept a clean sheet in their 33-0 success over France before they overcame Russia 24-10.

Canada's opponents in the last eight will be England.

Australia claimed top spot in Pool C as they reached the quarter-finals unbeaten following two wins and a draw.

The Olympic champions comfortably beat Spain 26-0 in their opener and their defence held firm once again as they recorded a second consecutive clean sheet in a 21-0 victory against Ireland.

The Australian team were then held to thrilling 24-24 draw with Fiji.

The US await for Australia in the next round, while the other quarter-final contest will see France play Ireland, who beat Fiji and Spain on their way to the last eight.