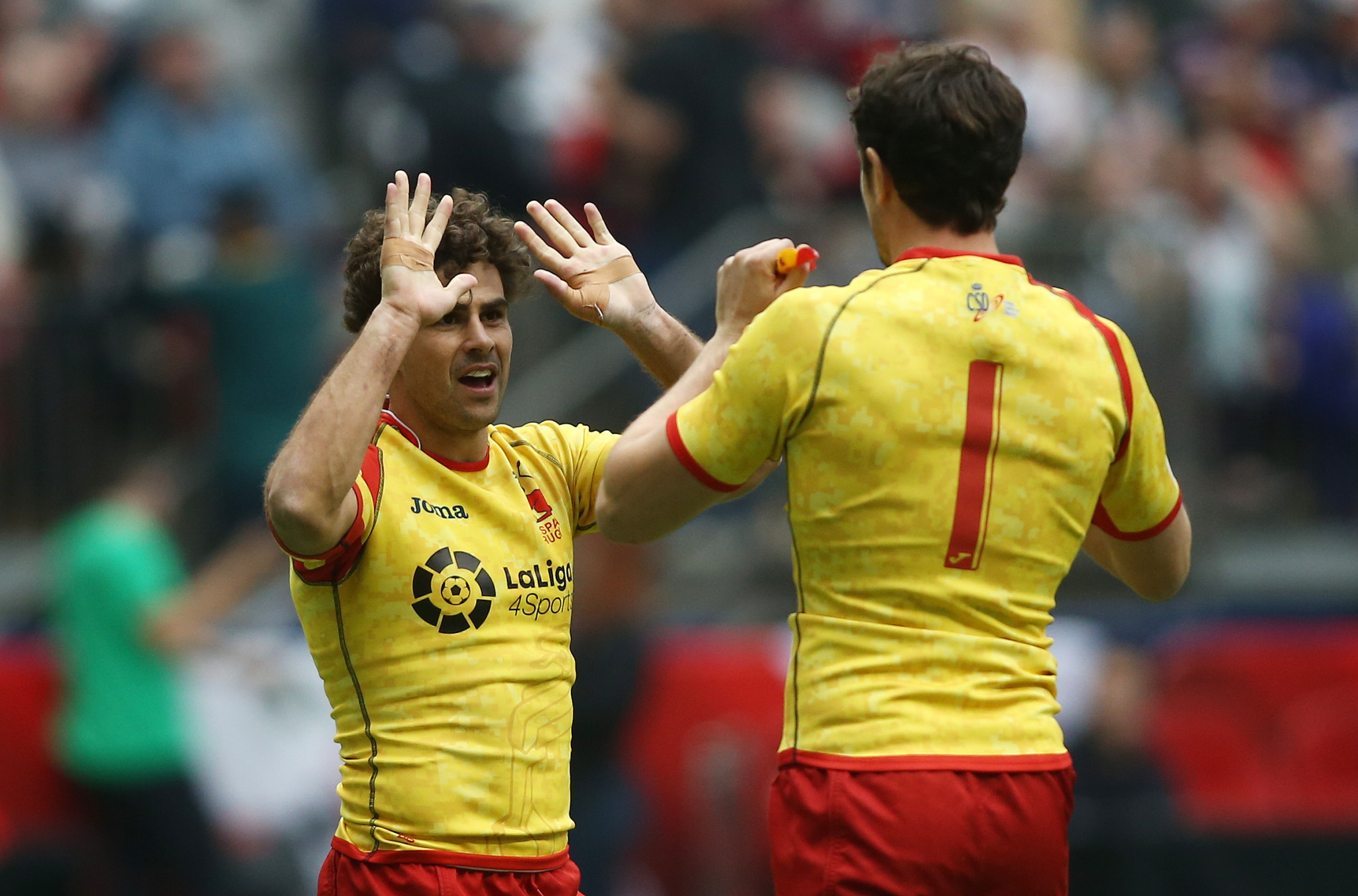 Spain produced the shock result on day one of the World Rugby Canada Sevens, beating New Zealand for the first time in their history.

The Kiwis are currently second in the overall Series standings behind the United States and have won two of the five events so far this season, but they were no match for Spain today who came from behind to triumph 26-24 at BC Place in Vancouver.

At one stage New Zealand led 12-0 through Joe Ravouvou and Andrew Knewstubb, but Spain hit back through Ignacio Rodriguez-Guerra and Francisco Hernandez to lead at half-time.

The winning try then came from Pol Pla in the second half after other scores from Joan Losada, Ravouvou again and Sam Dickson.

Despite that result, New Zealand still topped Pool C with two wins from three, while Spain finished bottom despite their famous win.

Either side of their loss the Kiwis thrashed France 45-7 and beat Australia 36-12, meaning they will now face Fiji in the quarter-finals.

Fiji, the reigning Olympic champions, finished second in Pool B behind Samoa.

They failed to top the pool after also falling to a shock defeat against hosts Canada 26-19.

Meanwhile in the third upset of the day France came from behind to beat Australia 21-17.

With pool play over, in the other quarter-finals South Africa will play Argentina after winning Pool A, Samoa will play France who finished second behind New Zealand in Pool C and England will play the current series leaders the US.

England finished top in Pool D after winning all their games against Argentina, Scotland and Japan, while the US finished second in Pool A behind South Africa.