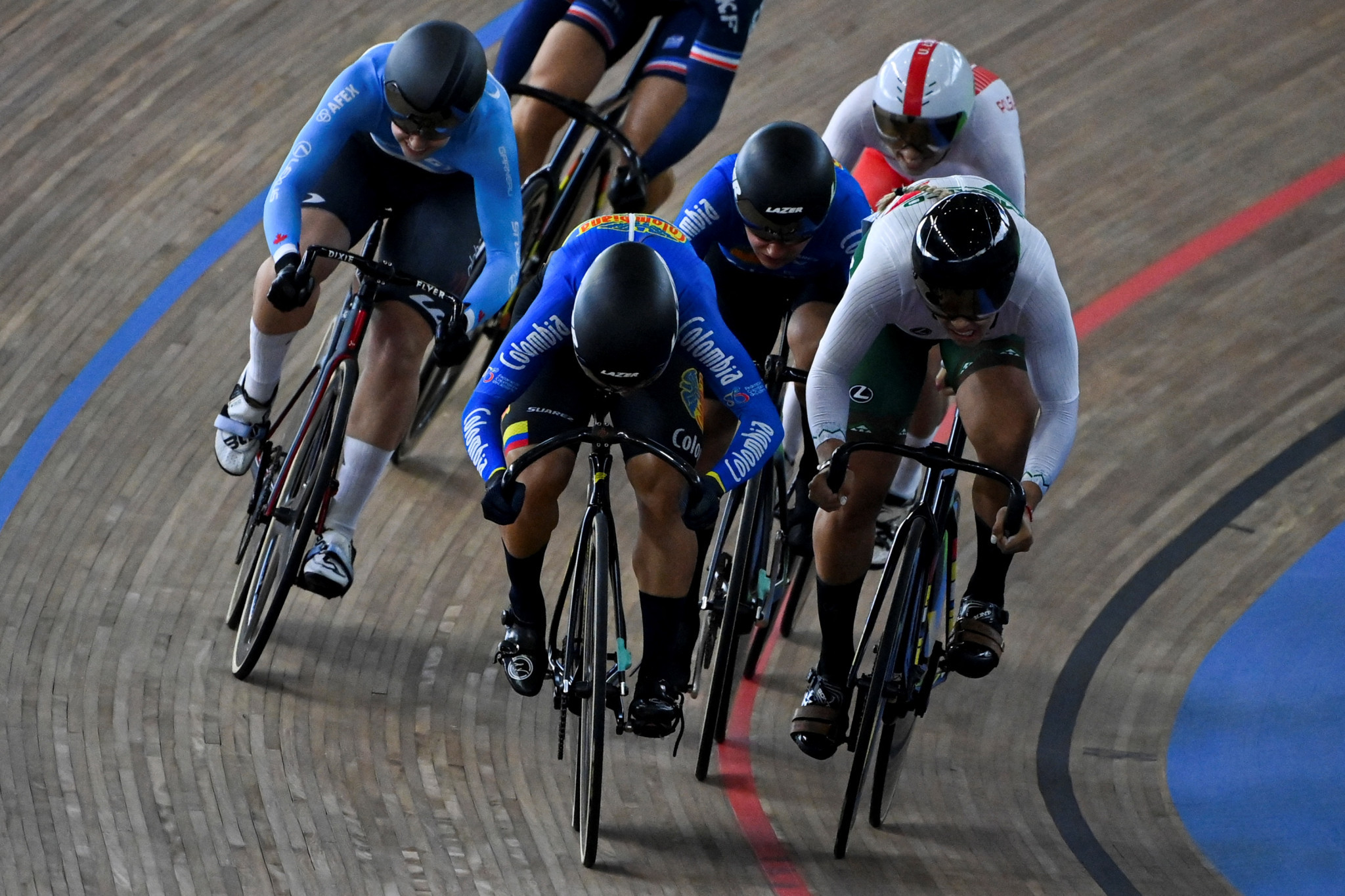 Hosts Colombia finished as the best performers with five golds after the final day of competition at the International Cycling Union (UCI) Track Cycling Nations Cup, with Martha Bayona Pineda adding to her multiple medal haul.

Bayona Pineda’s third event victory in Cali came in the women’s keirin as she edged past Mexico’s Yuli Verdugo Osuna by 0.043 seconds.

Urszula Łoś of Poland was third, 0.131 seconds behind the Colombian rider after six laps of the Velódromo Alcides Nieto Patiño.

Bayona Pineda also won the women’s keirin at the last Nations Cup event in the Russian city of Saint Petersburg, putting her clear at the top of the overall standings.

In the first race of the day, sisters Daria and Wiktoria Pikulik helped Poland cruise to victory in the women’s madison.

Daria had secured her country’s first gold of the competition following four silvers in the women’s omnium yesterday, and the pair picked up five points in 10 of the 12 sprints and three in another, only failing to score on the final 12th.

They finished on 53 points, which was some way clear of Ukraine’s Kseniia Fedotova and Tetyana Klimchenko, who propelled themselves into the silver medal position with six points on the last sprint to finish with 22.

Lina Marcela Hernández Gómez and Lina Mabel Rojas Zapata of Colombia were third on 21 points, with the United States’ Kendall Ryan and Lily Williams missing out on the podium with 18.

Belarus’ displays in the first two Nations Cup events in Hong Kong and Saint Petersburg keep them top of the overall standings, with Poland moving joint-third.

The men’s finals began with Trinidad and Tobago’s Nicholas Paul claiming his third and his country’s fourth gold of the competition in the sprint.

Paul was 0.125 seconds quicker than Kevin Santiago Quintero Chavarro in the first race and 0.516 seconds faster in the second to clinch victory, although his Colombian opponent tops the season’s World Cup standings after winning in Saint Petersburg in this event.

The final race of the competition saw Romania’s Daniel Crista earn his second gold with a dramatic triumph in a closely fought men’s omnium.

Both Crista and Colombia’s Juan Esteban Arango Carvajal finished with 128 points, with the Romanian’s performance in the final points race proving decisive.

Arango Carvajal narrowly led with 112 points to Crista’s 110 after the scratch, tempo and elimination races, but the latter earned 18 sprint points in the final race while the home favourite could only notch 16.

Chile’s Cristian Arriagada Pizarro also forced himself into serious contention with the bonus of 20 points for lapping the field, but he fell just short and finished on 127 to claim bronze.

Crista places second in the season’s World Cup standings, with Belarus’ Yauheni Karaliok leading the way with his performances in the first two events.

The Nations Cup took place in the build-up to the UCI Track World Championships, scheduled to take place in Roubaix in France from October 20 to 24.