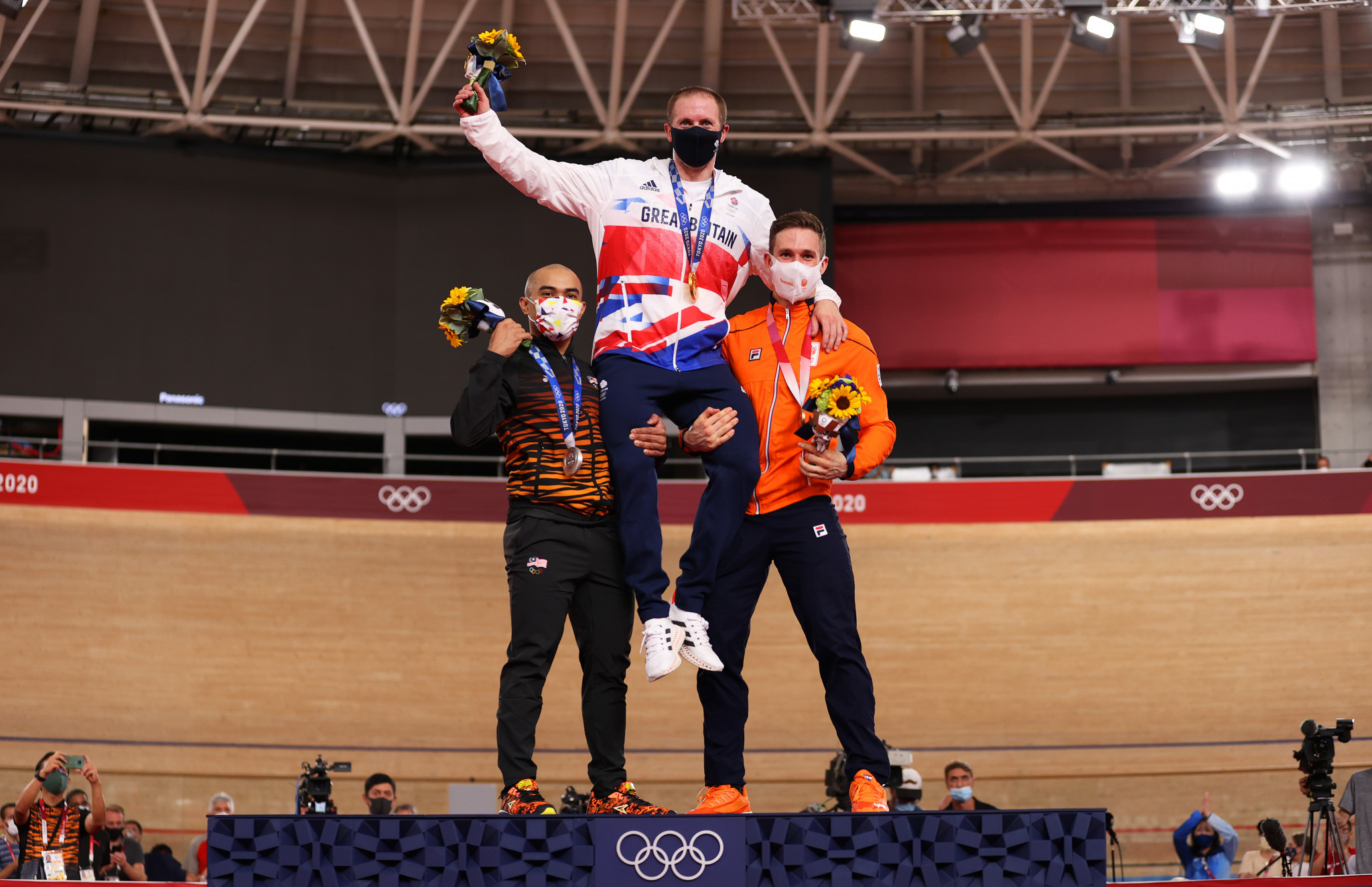 Kenny won team sprint bronze earlier at Tokyo 2020 but bowed out of the sprint competition early.

A title defence in the keirin appeared unlikely when Kenny was forced in the repechages after the first round, but the British rider grew throughout the competition.

He finished as the runner-up in his quarter-final heat, before an impressive win at the semi-final stage of the competition.

The final saw Kenny launch a surprise attack at the derny bike had left the track, opening up a gap approaching half-a-lap on his rivals.

Kenny’s effort was rewarded as he remained clear of the field to secure the seventh Olympic gold of an illustrious career.

Awang and Lavreysen lofted Kenny onto their shoulders during the medal ceremony in further recognition of his achievement.

"It is a bit of shock I think, I really wanted to cross the finish line," Kenny said.

"I was hoping to kind of get stuck in, and hopefully come away with some silverware.

"To win at the corner on my own like that is absolutely buzzing.

"In a four or five-year gap, you look back, and it just seems so easy in your memory.

"You watch videos and it looks so easy, you forget the hard work that goes into it.

"I fought really hard for them all."

It was a day of mixed fortunes in the Kenny household, as wife Laura saw her reign as champion in the women’s Olympic omnium come to an end.

The London 2012 and Rio 2016 gold medallist was involved in a multi-rider crash in the scratch race, the first of four events in the competition.

United States’ Jennifer Valente came to the fore to win the event, before placing third in the tempo and fourth in the elimination race.

Valente held a narrow two point advantage over Japan’s Yumi Kajihara heading into the points race, but extended her cushion by scoring 14 sprint points to the home favourite’s two during the event.

Despite a late crash, Valente was able to seal gold with an overall total of 124 points.

Kajihara won the silver medal to the delight of the limited number of fans able to attend, while The Netherlands’ Kirsten Wild secured bronze on a score of 108 points.

The women’s sprint competition concluded with Canadian success, as Kelsey Mitchell became their first Olympic champion in the event since Lori-Ann Muenzer at Athens 2004.

Mitchell was forced to overcome world champion Emma Hinze of Germany in a decider during the semi-finals, after the pair shared the opening two races.

Mitchell proved too strong for the Ukrainian in the gold medal contest as she opted to lead out both sprints, with her rival unable to get past.

Her medal was the sixth won by Hong Kong at Tokyo 2020, with the nation having won three at the Olympics in total prior to these Games.