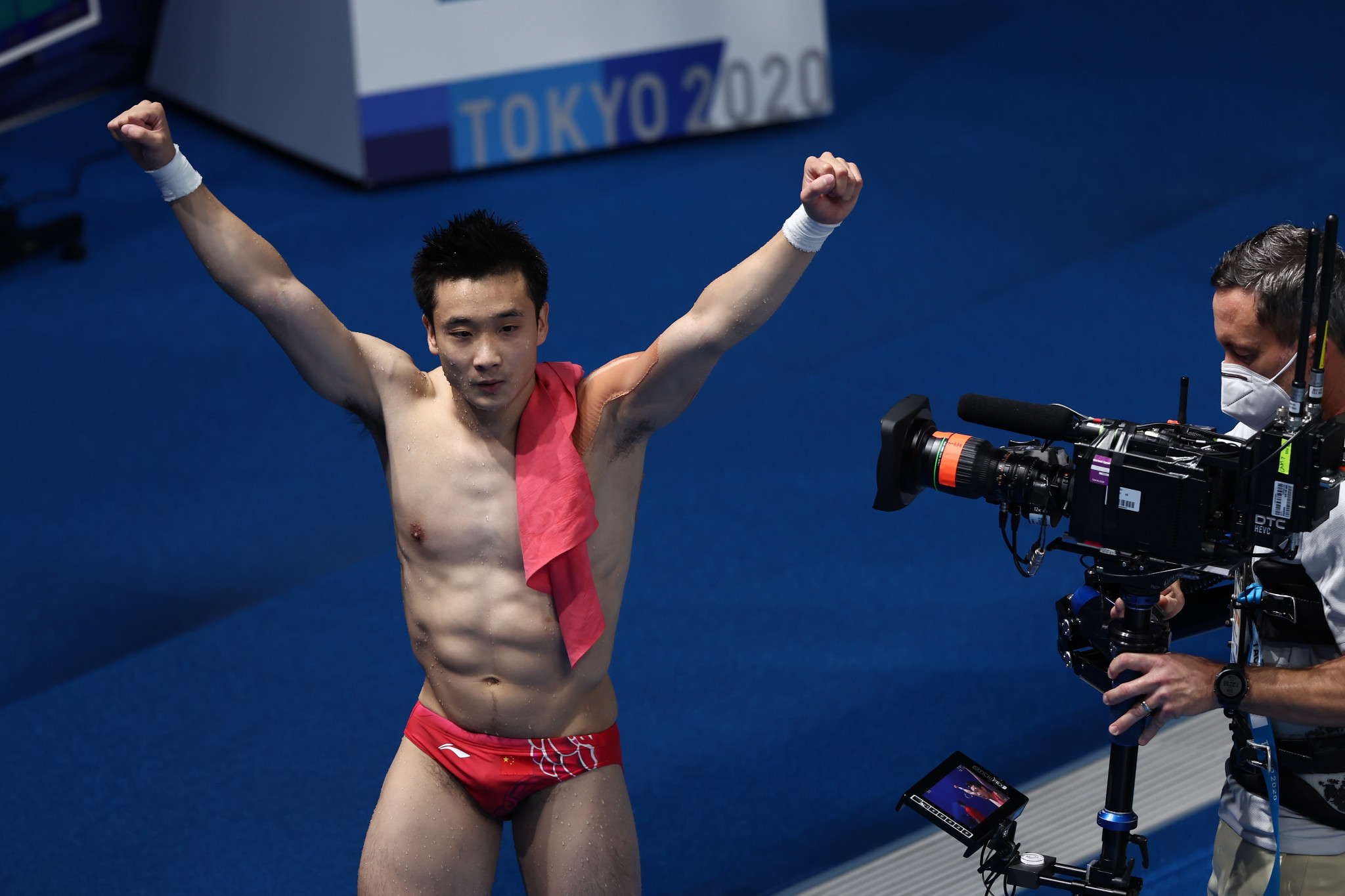 Cao Yuan edged out compatriot Yang Jian in the men’s 10 metres platform final to ensure China won gold and silver in every individual diving event at the Tokyo 2020 Olympics here.

China pulled off a near-perfect performance in the Japanese capital, winning seven of the eight titles on offer to underline the country’s dominance in the sport.

Cao had to settle for silver that day, beating Daley, who delivered another superb display to secure bronze.

Yang produced a record-breaking dive to pile the pressure on Cao, but nothing could stop the 26-year-old from winning gold as he registered five nearly perfect dives and a total of 582.35 points, with Yang second on 580.40.

"I try not to think too much about (the scores)," he said.

"Instead I put the focus on myself to stay calm.

"I make sure that the next dive that I perform has no errors, and I try not to let what other divers do to get into this."

"Whoever can withstand the pressure the best will ultimately perform better, and have a better record at the Olympics."

Yang completed the most difficult and highest-scored dive ever performed in an Olympic Games on his sixth and final visit to the platform.

The dive was a forward four ½ somersaults in a pike position, meaning he kept his legs straight for the 4.5 rotations, garnering a score of 112.75.

Matthew Mitcham of Australia held the previous record for the highest-scored dive from Beijing 2008 when he performed a dive that earned him 112.10 points and propelled him to gold.

That was also the last time a non-Chinese athlete won this event.

"He does the hardest dives in the world," said Daley.

"I think if lots of other people tried to do that dive, you’d see quite a few catastrophes, so it’s very impressive to see him do that dive."

"I feel like I dived according to my level.

"There’s a little regret inside that it’s a silver medal, but overall I’m pretty satisfied with my performance."