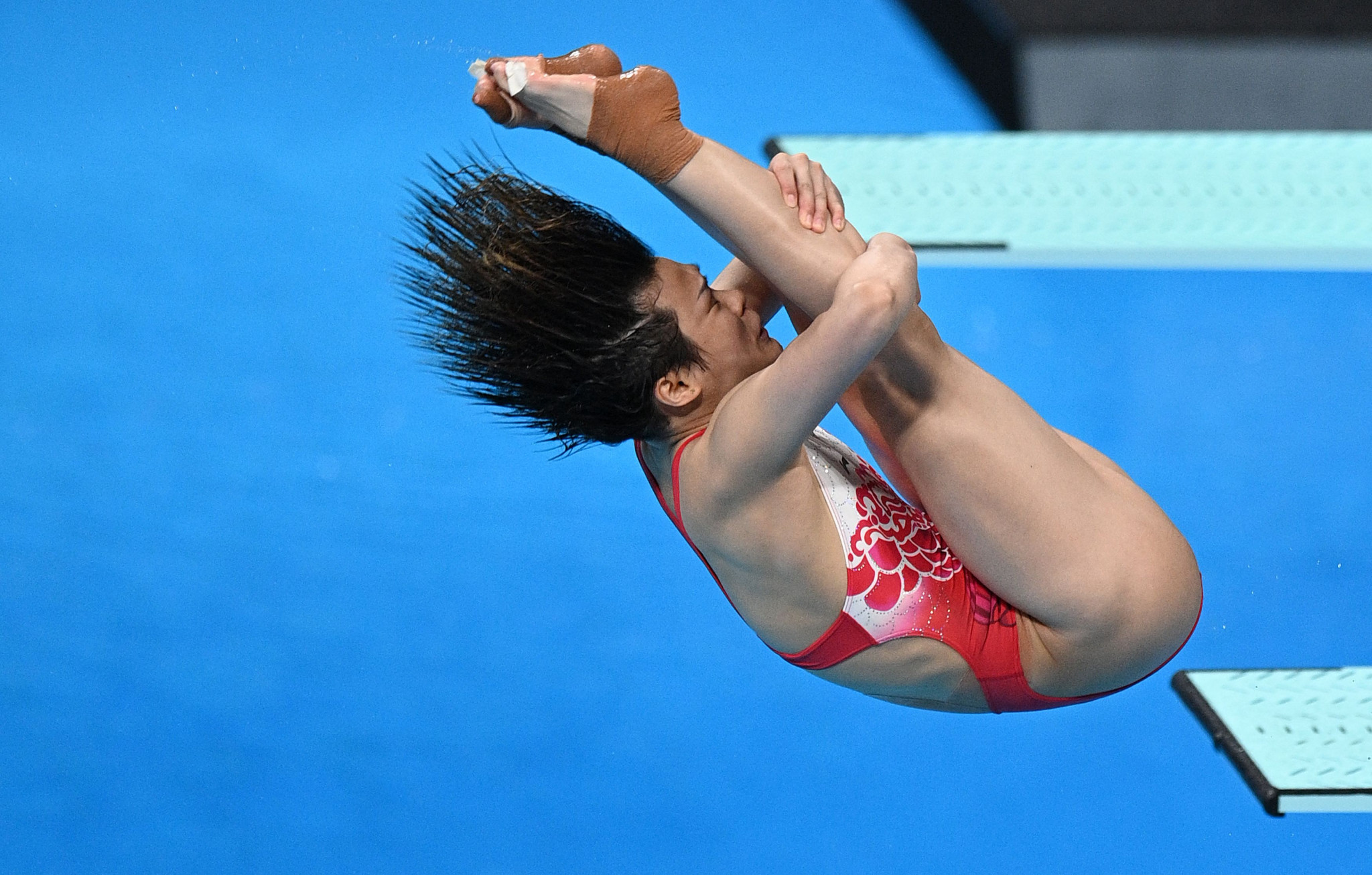 The 29-year-old added the individual title to the 3m synchro crown she had already won here alongside Wang Han.

She is now a four-time Olympic gold medallist after also completing the individual and synchronised double at Rio 2016.

China are rarely beaten in diving and Shi's score of 383.50 blew away the field.

All six of her dives were ranked as the best of the round, including a 78.00 to finish for her forward two-and-a-half somersaults one twist in the pike position.

Han had to settle for silver on 348.75 as her synchro partner streaked clear, while American Krysta Palmer took bronze on 343.75.

"One year ago, I was having a lot of troubles," said Shi, acknowledging the postponement of Tokyo 2020 due to the COVID-19 pandemic.

"There have been very big changes in this one year.

"I'm very thankful now for myself that I didn't give up.

"My age has never been the biggest problem.

"It's always been whether I want it or not, that has been the most important thing.

"My original goal for the medal has never changed, I've always wanted that medal."

Shi said she was looking forward to sleeping and appeared to take aim at her living arrangements.

"I can sleep well tonight," she said.

"I had some insomnia last night because of the pressure.

"The bed and the meals were not really [good], I didn't really adapt to them very well.