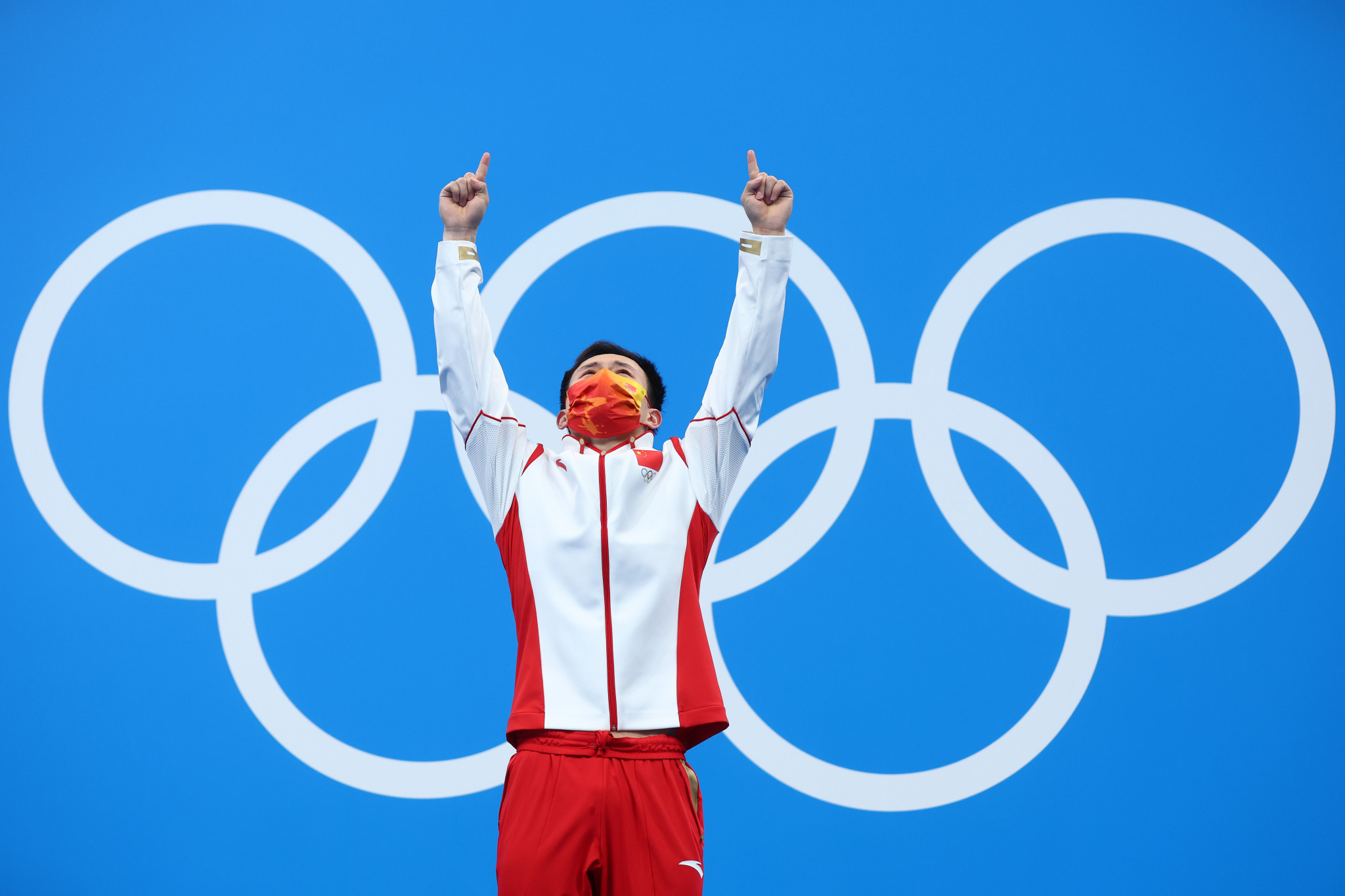 China’s Xie Siyi has said he kept thinking of the words of his late coach as he claimed an emotional gold medal in the 3m springboard at the Tokyo 2020 Olympics here.

The four-time world champion registered a winning score of 558.75 to overcome fellow countryman Wang Zongyuan in a Chinese one-two.

It was Xie’s second gold of the Games having teamed up with Wang to win the synchronised 3m springboard title.

China has won gold at five of the six diving events so far in Tokyo as the nation continues its dominance at the Aquatics Centre.

Wu Guocon helped develop many of China’s divers and was head coach of the Guangdong team before dying suddenly in early June.

Xie shed tears after his victory today and was keen to pay tribute to coach Wu.

"For me, so much has happened before coming here to compete," said Xie.

"I had to make that psychological adjustment in a short time, whether it’s in your training or competing.

"On one hand, you’re doing it for your country.

"On the other hand, it’s for your own dreams.

"The fact that I’ve had many injuries along the way is also a factor.

"In that moment, I felt like all the stress and burdens I was carrying had been relieved.

"Before the competition, I didn’t think too much.

"I kept thinking of my coach’s voice.

"His voice was constantly on my mind.

"I just kept reminding myself.

"I just thought to myself, I’ve done it.

"I didn’t let everyone down.

"I also feel proud of myself.

"This is my first Olympic Games and I’ve had to go through a lot.

Wang clinched silver with 534.90, while Britain's Jack Laugher won his second Olympic medal in the event, scoring a bronze with a score of 518.00 to add to the silver he achieved at Rio 2016.

Laugher revealed he had struggled with his mental health over the past year and considered calling time on his career prior to Tokyo 2020.

"It's been such a difficult year, mentally, after the failures that I incurred in the 2019 World Championships and making that same mistake almost week in, week out," said the 26-year-old.

"It's been really, really tough.

"I wanted to quit quite a few times because of how hard it was, mentally, to lose a skill that I found so natural and so easy, to not be able to do it and to struggle with just everything.

"My mental health was absolutely shattered and my confidence was down the drain.

"But for me today, I'm really proud of myself, in how I've handled myself, and my mentality has been great.

"And this medal is redemption for the mistakes I've made in the past in my career."