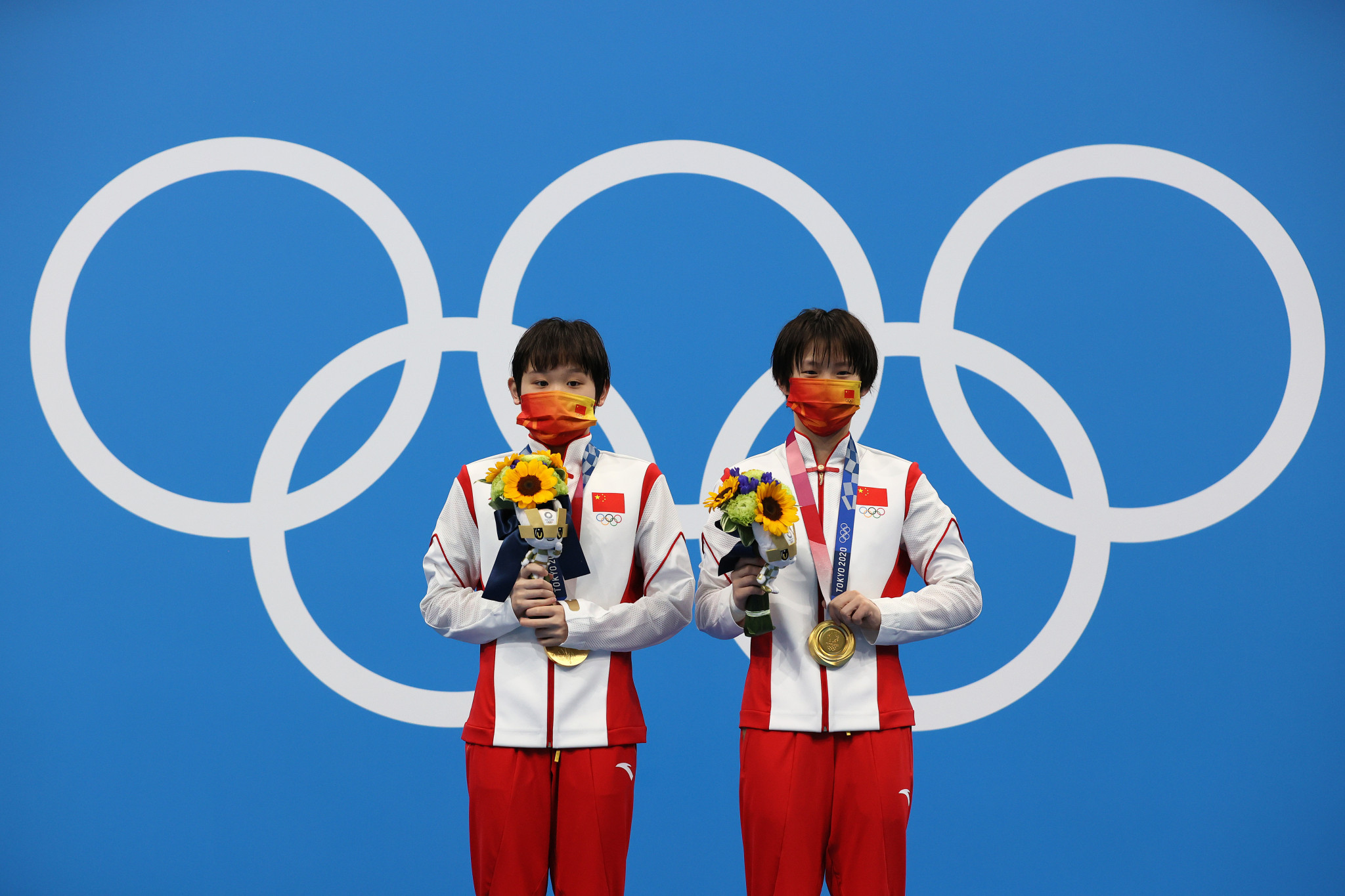 China has won every edition of the event since it was first included on the programme at the Sydney 2000 Olympics.

The record never appeared in doubt as Chen and Zhang, aged 15 and 17 respectively, led from the start of the competition and pulled further clear with every dive.

The 2019 world champions opened up a 10-point advantage after the first two competition rounds, before impressing with the execution and synchronisation on their three higher-tariff dives.

The fourth round delivered their best scoring effort of the competition, with their inward three-and-a-half somersaults dive in tuck position receiving 86.40 points.

Chen and Zhang finished the competition with a winning total of 363.78 points.

Their nearest challengers ended more than 50 points adrift, with Jessica Parratto and Delaney Schnell winning a tight battle for the silver medal.

The Americans were ranked seventh after two dives, but improved throughout the competition to finish as runners-up on 310.80.

Mexico’s Gabriela Agundez and Alejandra Orozco claimed the bronze medal by finishing on 299.70.

The pairing narrowly edged out Canada’s Meaghan Benfeito and Caeli McKay, who scored 299.16 in fourth.

The Canadians had recorded a top-three score in four of the five competition rounds.

Benfeito and McKay were left ruing a low-scoring fourth dive of 51.48 points, which was the lowest of the round.