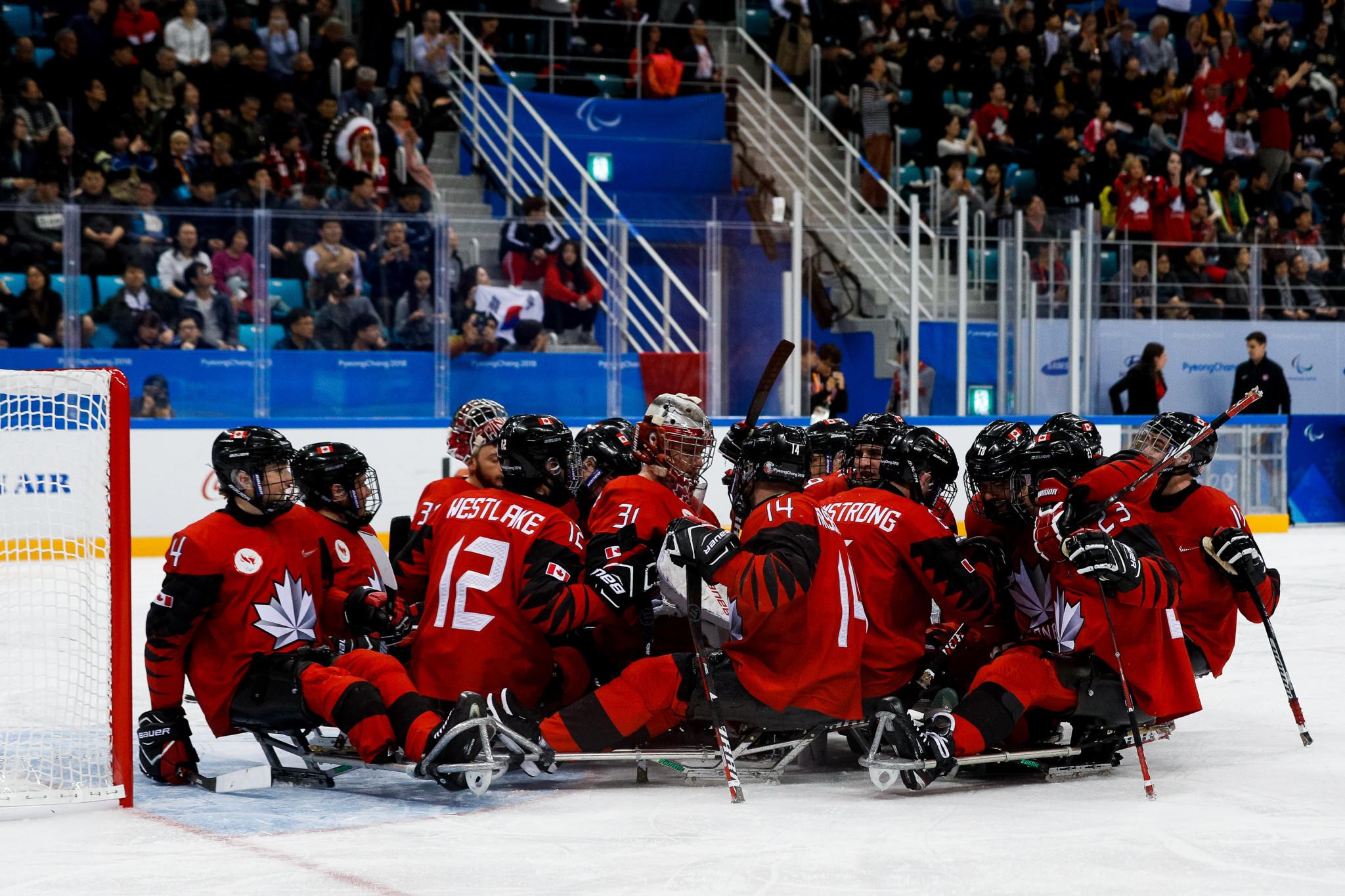 Neighbours Canada and the United States are set to contest the Paralympic ice hockey final after recording comfortable victories in their respective semi-finals at the Gangneung Hockey Centre here in Pyeongchang.

In the first semi-final of the day, Canada took the lead against hosts South Korea after just four minutes with Liam Hickey slotting home.

Dom Cozzolino, Greg Westlake and Billy Bridges then added another three goals to Canada's tally to give them a huge 4-0 lead at the end of the first period.

Bridges was again on the scoresheet within three minutes of the restart to make it 5-0 - all but ending the contest.

To their credit, the South Korean side then held out for the rest of the second period with goalkeeper Lee Jae Woong making several good saves in the process as Canada looked to twist the knife.

However, the hosts were unable to hold on in a dead-rubber third period as Tyler McGregor scored two unanswered goals - taking his tournament goal tally to ten -  to give his side a 7-0 victory, ensuring they booked their place in their first Paralympic Para-ice hockey final since Torino 2006.

Much like Canada had earlier in the day, defending Paralympic champions the US raced into a huge lead in the first period against their inferior opponents Italy.

Noah Grove, Joshua Misiewicz and Brody Roybal scored one goal each during 46 first period seconds to ensure any Italian confidence was quickly killed off.

Nikko Landeros and Luke McDermott then wrapped-up a dominant period, in which Italy failed to enter US territory in control of the puck, with goals of their own to give the US a 5-0 lead heading into the dressing room.

The US decreased their intensity in the second period, but they still had far too much for Italy with Landeros scoring his second of the night before the competition's top scorer Declan Farmer made it 8-0 just three minutes before the buzzer.

Kevin McCee increased his side's lead to 8-0 within four minutes of the start of the third period, but the Americans then took their foot off the gas, allowing Italy, who were playing in their first-ever Paralympic semi-final, to score through Valerio Corvino - the first goal that the US have conceded this tournament.

The US, however, were still to have the final say in the match as Landeros scored his hat-trick goal to seal a 10-1 win for the US.

The final between Canada and the US will take place on Sunday (March 18) with Italy and South Korea set to battle for bronze on Saturday (March 17).