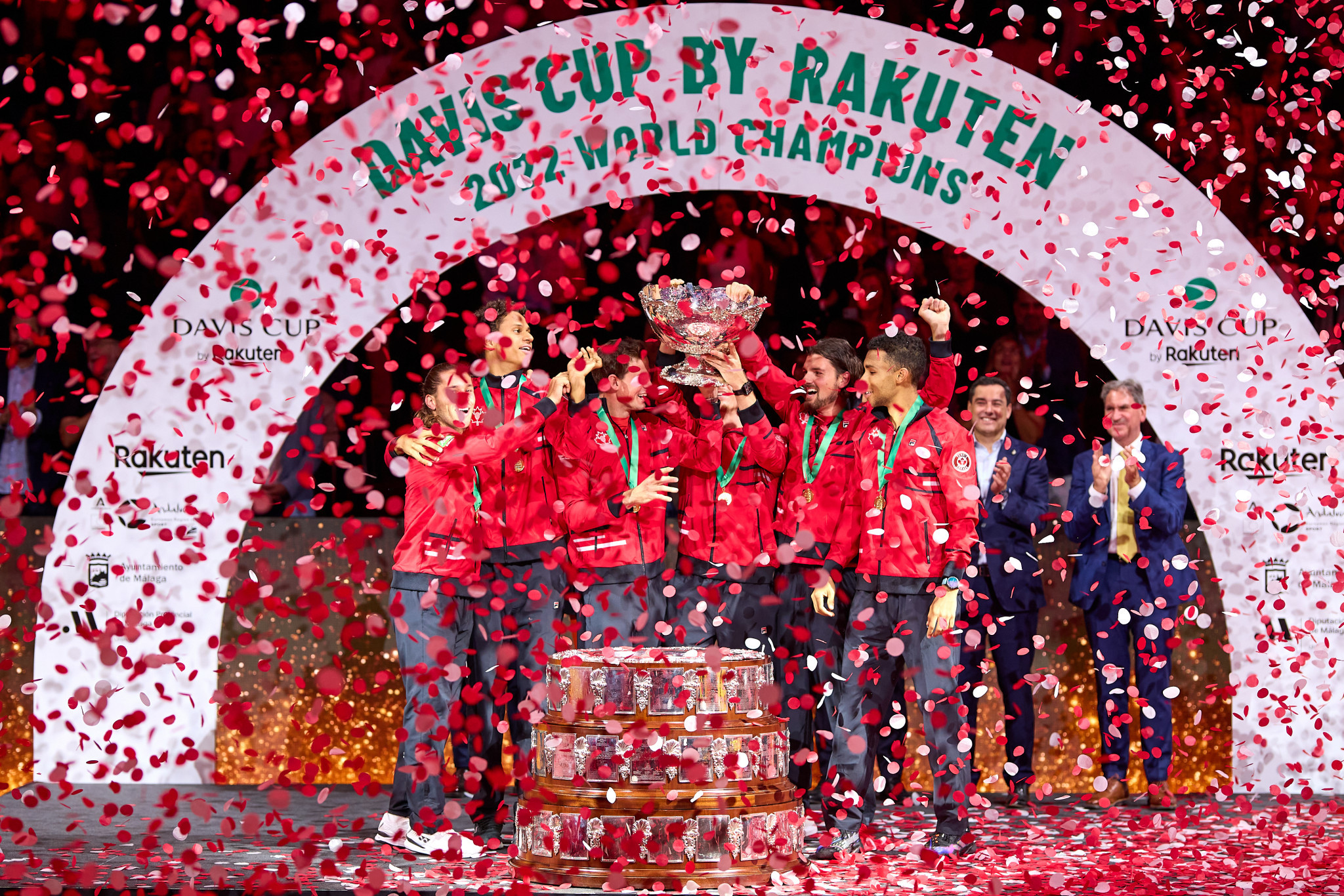 Canada won the Davis Cup Final for the first time after defeating Australia 2-0, winning both singles rubbers in Malaga, Spain.

Canada won both singles matches in straight sets to secure the victory, although Felix Auger-Aliassime sealed the win the hard way as he saved eight break points.

It was a solid performance from Shapovalov who raced out the blocks to open a 4-0 lead in the opening set.

In the second set there were signs of nerves as Shapovalov was broken at his first attempt to serve the match out, although he did so at the second time of asking to put Canada 1-0 up in the tie at the Palacio de Deportes Jose Maria Martin Carpena.

In the second rubber Auger-Aliassime was pushed hard by Alex De Minaur, but reliable serving and a solid performance from the back of the court helped the Canadian triumph 6-3, 6-4.

Auger-Aliassime saved eight break points in the second set of the match but closed it out, meaning a third doubles rubber was not required.

The victory ensured Canada became the 16th nation to win the title since the tournament’s inception in 1900, with their previous final appearance in 2019 seeing them suffer defeat to Spain.

Australia’s runner-up finish, in what was their first final appearance since 2003, saw their men’s team match the efforts of their women’s side, who were the beaten finalists in the Billie Jean King Cup earlier this month, when Switzerland triumphed.