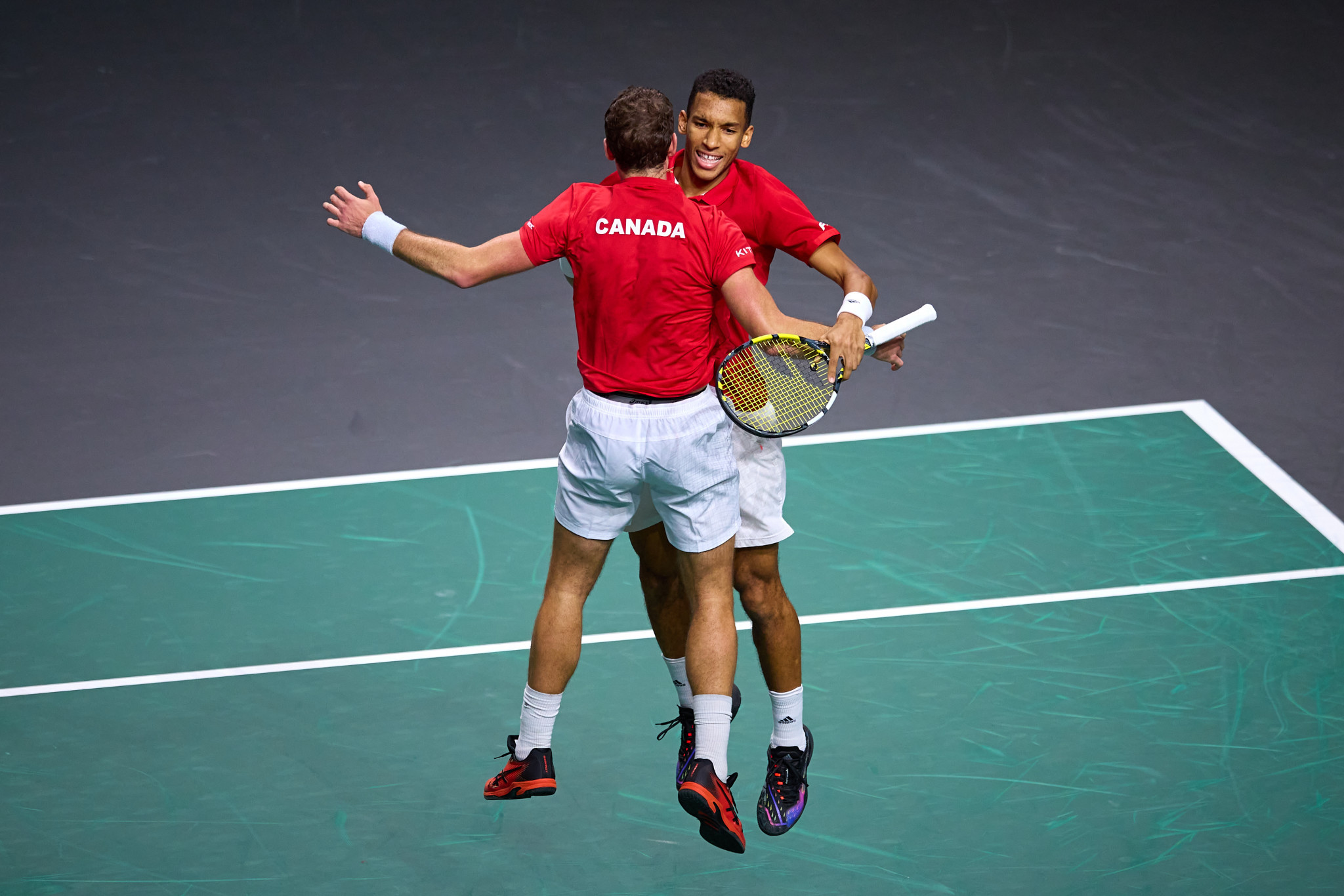 Canada played out another dramatic doubles game to beat Italy and reach the final of the Davis Cup Finals.

After Italy’s Lorenzo Sonego came out on top against Denis Shapovalov 7-6(4), 6-7(5), 6-4 in what was a long and tiring game, Felix Auger-Aliassime levelled things for Canada with a 6-3, 6-4 win over Lorenzo Musetti.

After the previous round against Germany, it was doubles game that once again came to Canada’s rescue.

Auger-Aliassime, who replaced Shapovalov, paired up with Vasek Pospisil to edge Matteo Berrettini and Fabio Fognini 7-6, 7-5.

"We knew we could make changes if we needed to," Auger-Aliassime said.

"The whole team have connected around this idea - the main goal of lifting the cup tomorrow, there are no egos, and it’s a great feeling."

Towards the end of the doubles game, a blunder from Berrettini and Fogini meant that Canada had the chance to serve it out.

But at 15-40 down, Auger-Aliassime delivered yet again to eliminate the Italians.

Auger-Aliassime’s serve game was on point throughout the tournament and he continued his form during the semi-finals as well.

Canada will face Australia for the title.