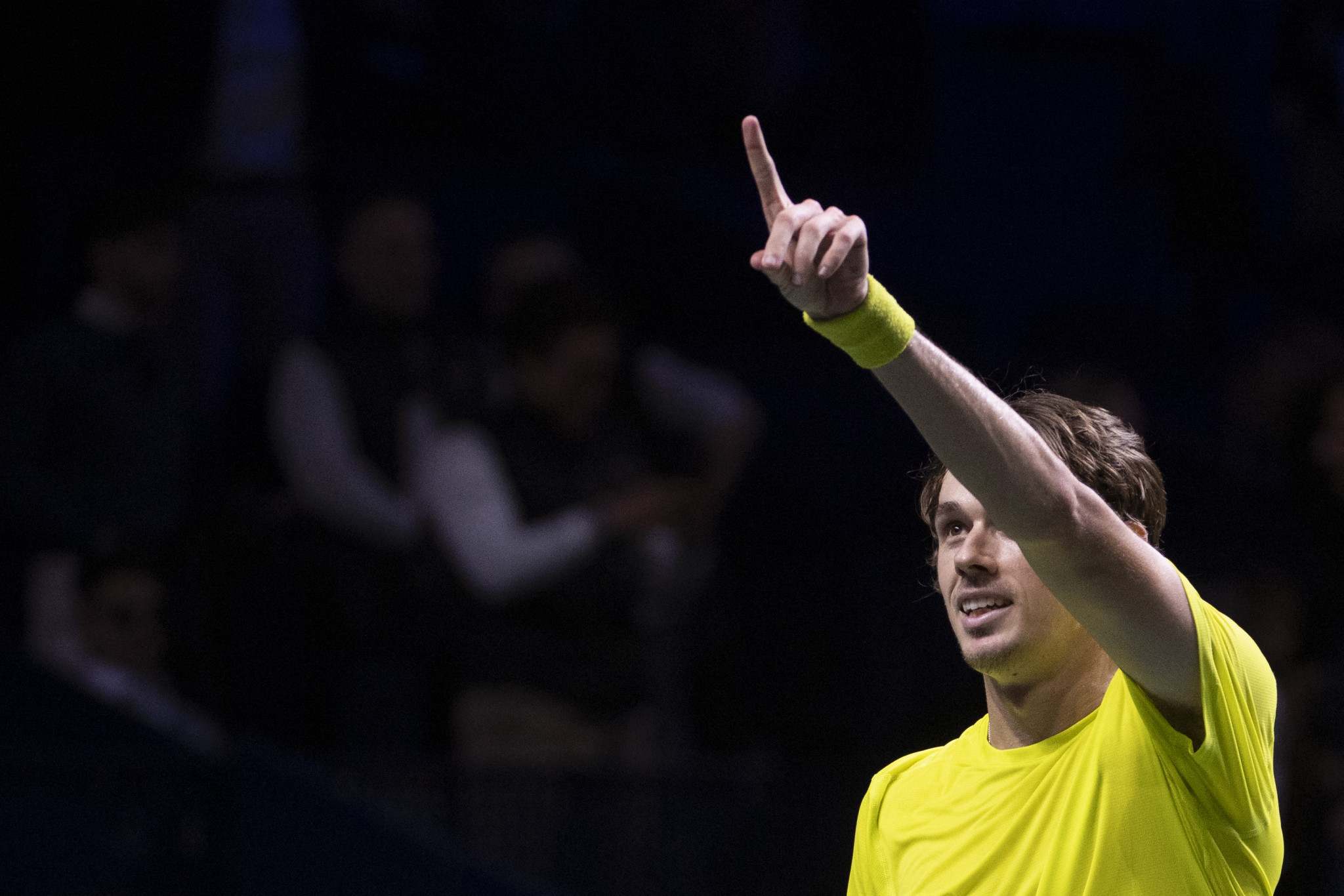 Australia came through two tough singles matches to progress to the semi-finals of the Davis Cup Finals over The Netherlands, setting up a final-four clash with either hosts Spain or last year's runner-up, Croatia.

World number 85 Jordan Thompson was first in for his team, taking on Dutch player and world number 81 Tallon Griekspoor in what was set to be an affair of narrow margins.

Griekspoor claimed the first set, before Thompson clawed back in the second, with it finishing 7-5.

The decider was much clearer than the first two, with the Australian breaking his opponent to secure victory.

Van de Zandschulp took the first set much like his team-mate Griekspoor, but De Minaur was able to take the second one.

With both players holding serve, it took strength from the Australian at 5-4 to break the Dutchman, who was bagelled after sending a backhand shot wide.

It meant the decider between Australians Matthew Ebden and Max Purcell and The Netherlands' Wesley Koolhof and Matwé Middelkoop did not need to be played.