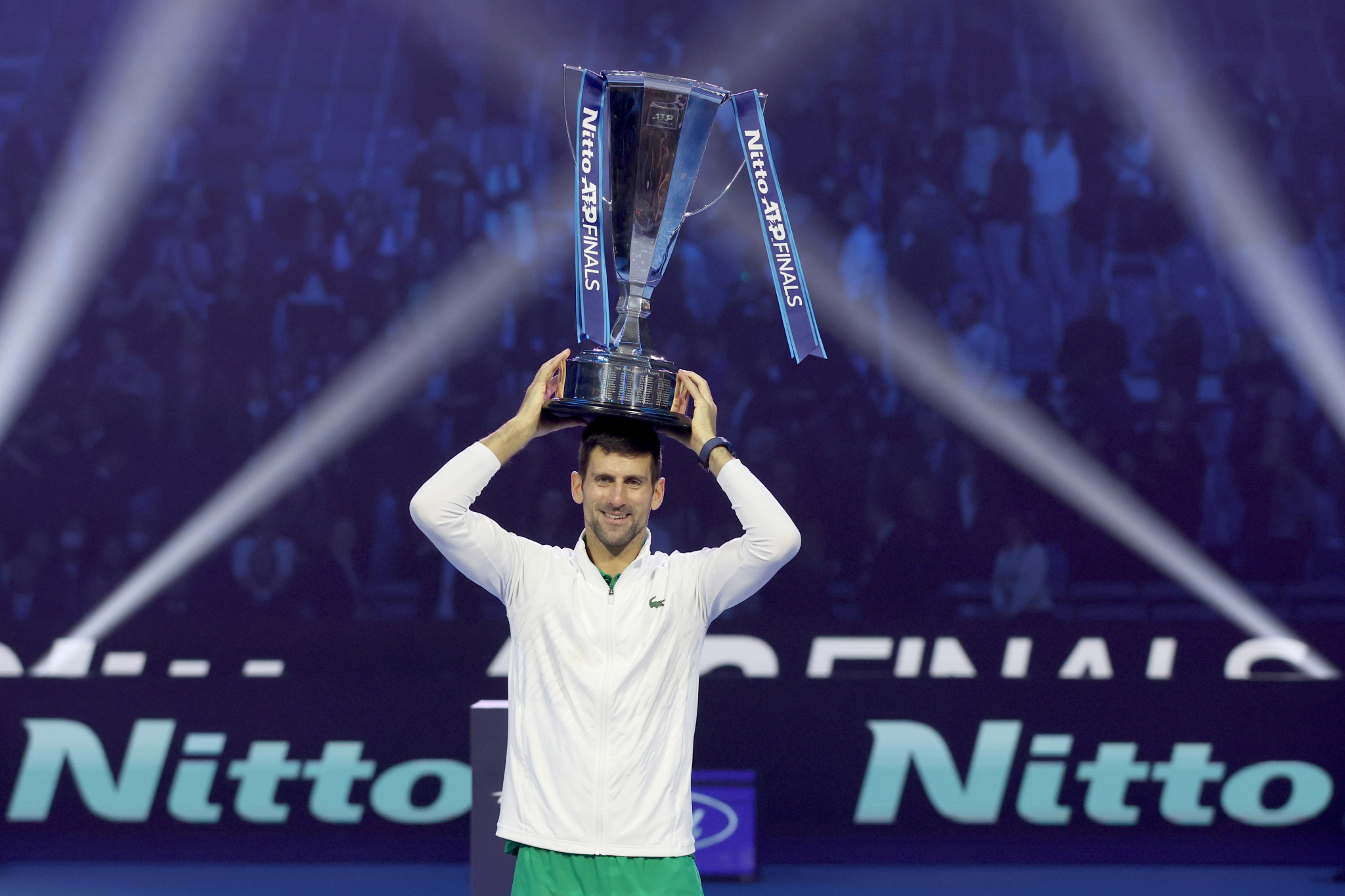 Djokovic's return game made the difference as he produced all five all break point opportunities of the match.

Despite letting two of these slip in the second and eighth games of the first set, he made a decisive move at 6-5 to take first blood as he struck 14 winners including six aces.

Ruud was unable to stay competitive in the second set and quickly fell to the straight-sets defeat.

"It is finals," Djokovic reflected.

"Usually these kind of matches are decided by very small margins.

"One break of serve was enough in both sets.

"I knew Casper was playing really well coming into this match.

"We both served really well and I think in some decisive moments, like the 12th game of the first set, I managed to put a few returns back in play.

"I made him run, made him play.

"I was really pleased with the way I played.

"I was looking to be very aggressive and it worked great.

"I am really pleased with the performance."

At 35, the result makes him the oldest champion in the tournament's 53-year history, as well as bringing him level with Swiss great Federer on six titles.

Djokovic was pleased with the way he had completed the victory in the final game against Ruud as he improved to 18-1 across his four final ATP Tour-level events of the 2022 season.

"I missed a couple of forehands in the last game when I was serving for it," he said.

"I had nerves, but I am really grateful to be able to serve the match out.

"I had a big ace to close out.

"Seven years [since winning this title] has been a long time.

"At the same time, the fact that I waited seven years makes this victory even sweeter and even bigger."

Runner-up finishes have defined what has been a breakout year for Ruud, who also reached his first two Grand Slam finals but lost both.