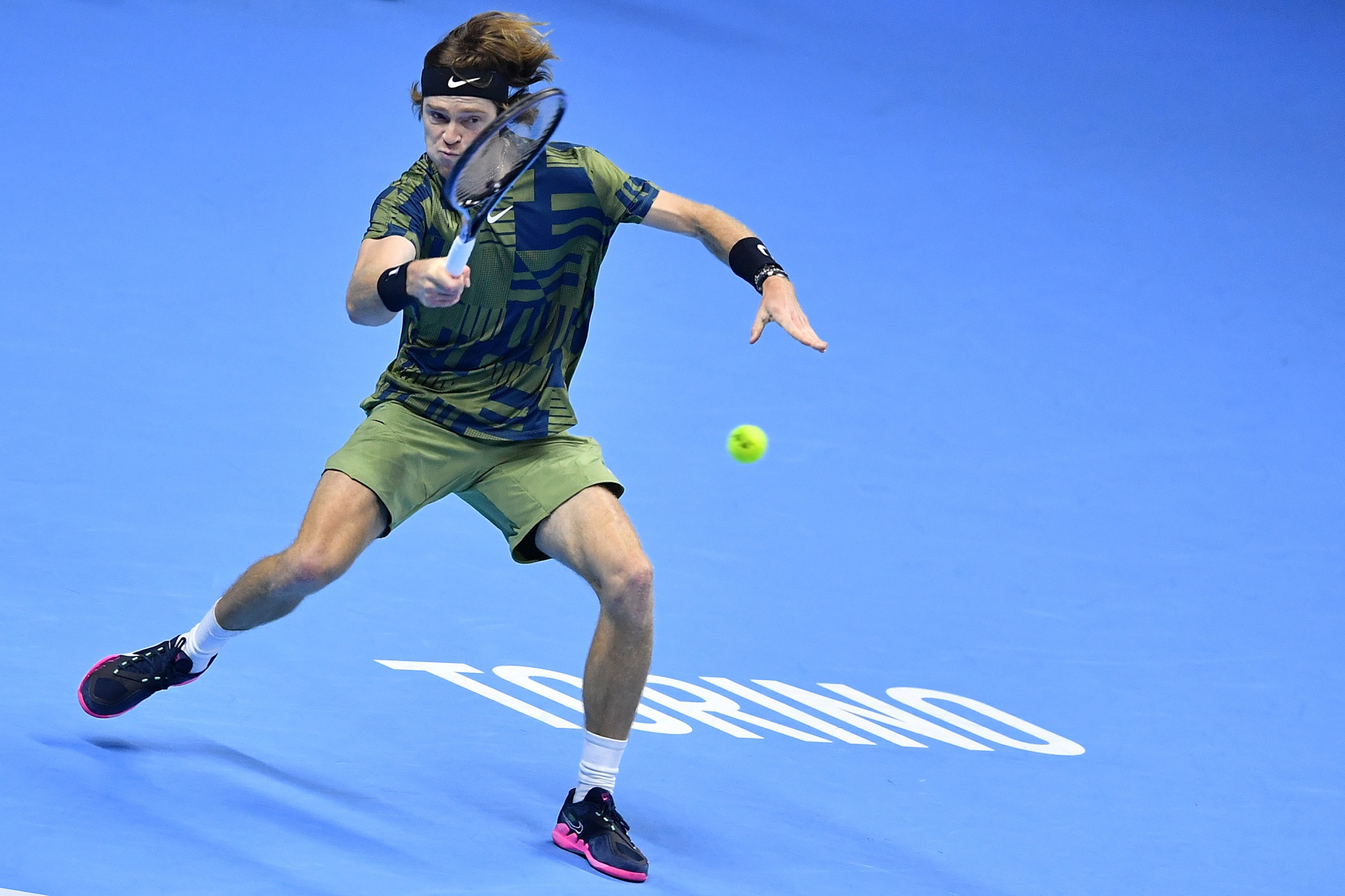 In a winner-takes-all contest to decide the final place in the last four, sixth seeded Rublev, playing as a neutral, came from a set down to overhaul Greece’s Tsitsipas 3-6, 6-3, 6-2.

Tsitsipas made a strong start to the match at the Pala Alpitour, dropping just two points on serve in the first set and requiring just a single break of serve to close it out.

Rublev stepped up the forehand power in set two, breaking serve in the eighth game and holding in the next, saving a break back point in the process, to close it out.

Rublev hit 36 winners during the match and upped his level in the decider, breaking his opponent’s serve twice, and setting up a semi-final tomorrow against Norway’s Casper Ruud, the third seed.

The day’s other singles match saw Novak Djokovic of Serbia, who had already assured himself of a semi-final place, up against Daniil Medvedev, playing as a neutral, who was already eliminated.

Djokovic, who is looking for a record-equalling sixth title at this end-of-season event, pushed himself all the way as he downed Medvedev 6-3, 6-7, 7-6 to end the group undefeated.

The first set featured plenty of lengthy rallies, with Djokovic choosing his moment to strike before closing it out.

In the second set, Medvedev had three set points in the ninth game, with Djokovic saving all of them, the last thanks to a 33-shot rally.

Medvedev eventually powered through Djokovic’s defences to take the second set on a tiebreak.

Medvedev, champion at this event in 2020, broke his opponent’s serve to lead 5-4 in the decider following a game that lasted more than 15 minutes.

Djokovic immediately broke back and showed his champion quality as he won the tiebreak, sealing victory in three hours and 11 minutes.

In the semi-finals tomorrow, Djokovic will take on Taylor Fritz of the United States in the afternoon session.