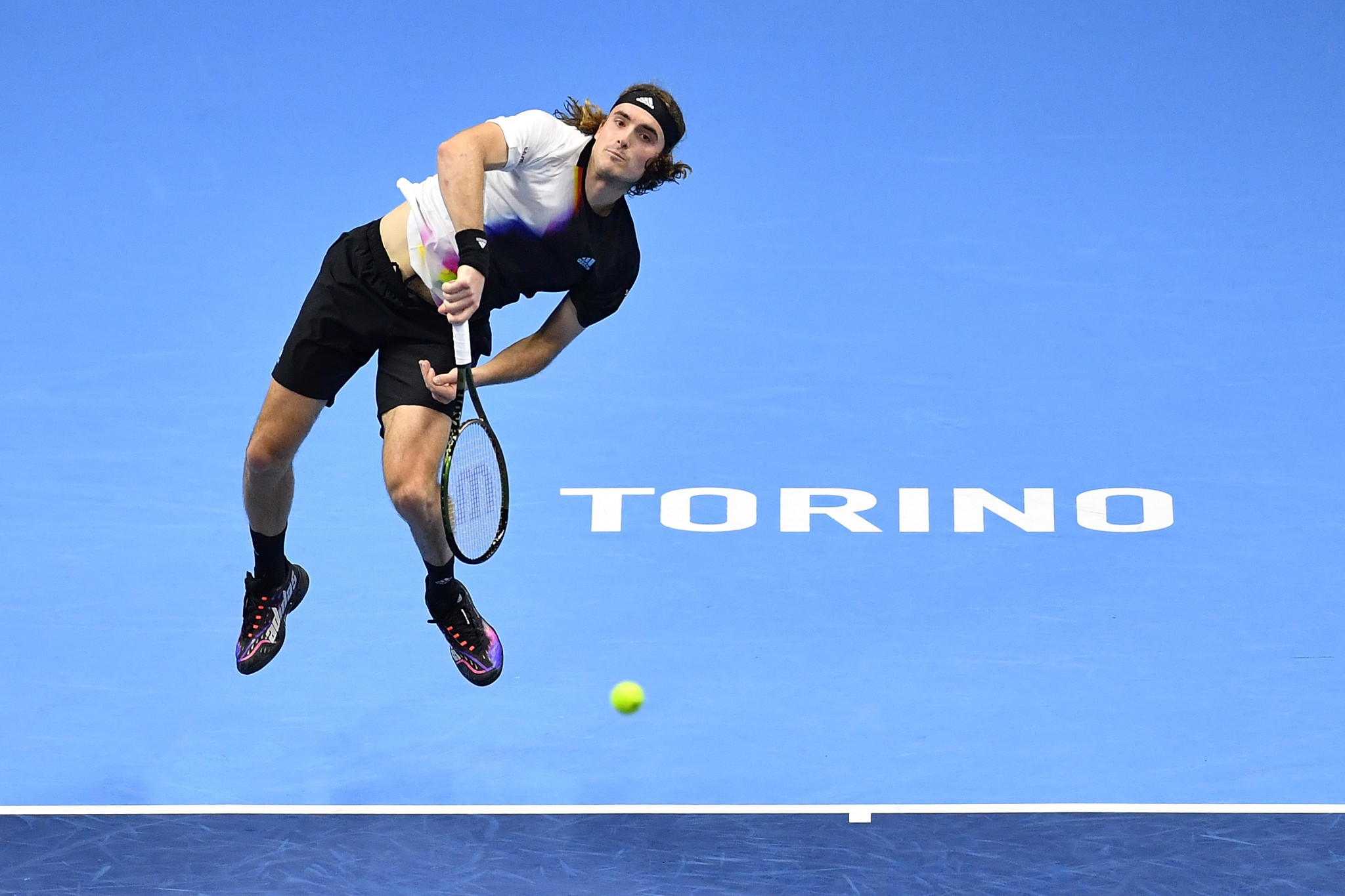 Stefanos Tsitsipas of Greece triumphed in what observers said was one of the best men’s tennis matches of the year, beating Daniil Medvedev in three sets to keep his hopes of reaching the Association of Tennis Professionals (ATP) Finals knockout stage alive.

A topsy-turvy contest at Pala Alpitour in Turin saw Tsitsipas beat Medvedev, playing as a neutral and winner of this event in 2020, to set up a winner-takes-all match with Medvedev's Russian compatriot Andrey Rublev on Friday (November 19).

Tsitsipas, who previously won this event in 2019, took a first set featuring fierce ball-striking and good all-court play 6-3, winning 93 per cent of points at the net and striking 12 winners.

The second set went to a tiebreak, with Tsitsipas coming from 4-1 down to set up match points, although following some long exchanges Medvedev saved three match points, going on to take set two 7-6.

In the decider, Medvedev led 5-3 but after breaking back and forcing a tiebreak Tsitsipas took it 7-6.

The first semi-finalist from the Red Group was decided today, with Serbia’s Novak Djokovic continuing his quest for a record-equalling sixth crown by qualifying for the last four.

Djokovic dictated baseline exchanges during a comfortable 6-4, 6-1 over Rublev, committing just six unforced errors as he triumphed in 68 minutes.

The final round of matches are due to take place in the Green Group tomorrow, with Casper Ruud of Norway already confirmed in the last four from that group.

Spain’s Rafael Nadal is already eliminated, meaning Taylor Fritz of the United States and Felix Auger-Aliassime of Canada will face off in a straight shoot-out for the remaining semi-final berth.