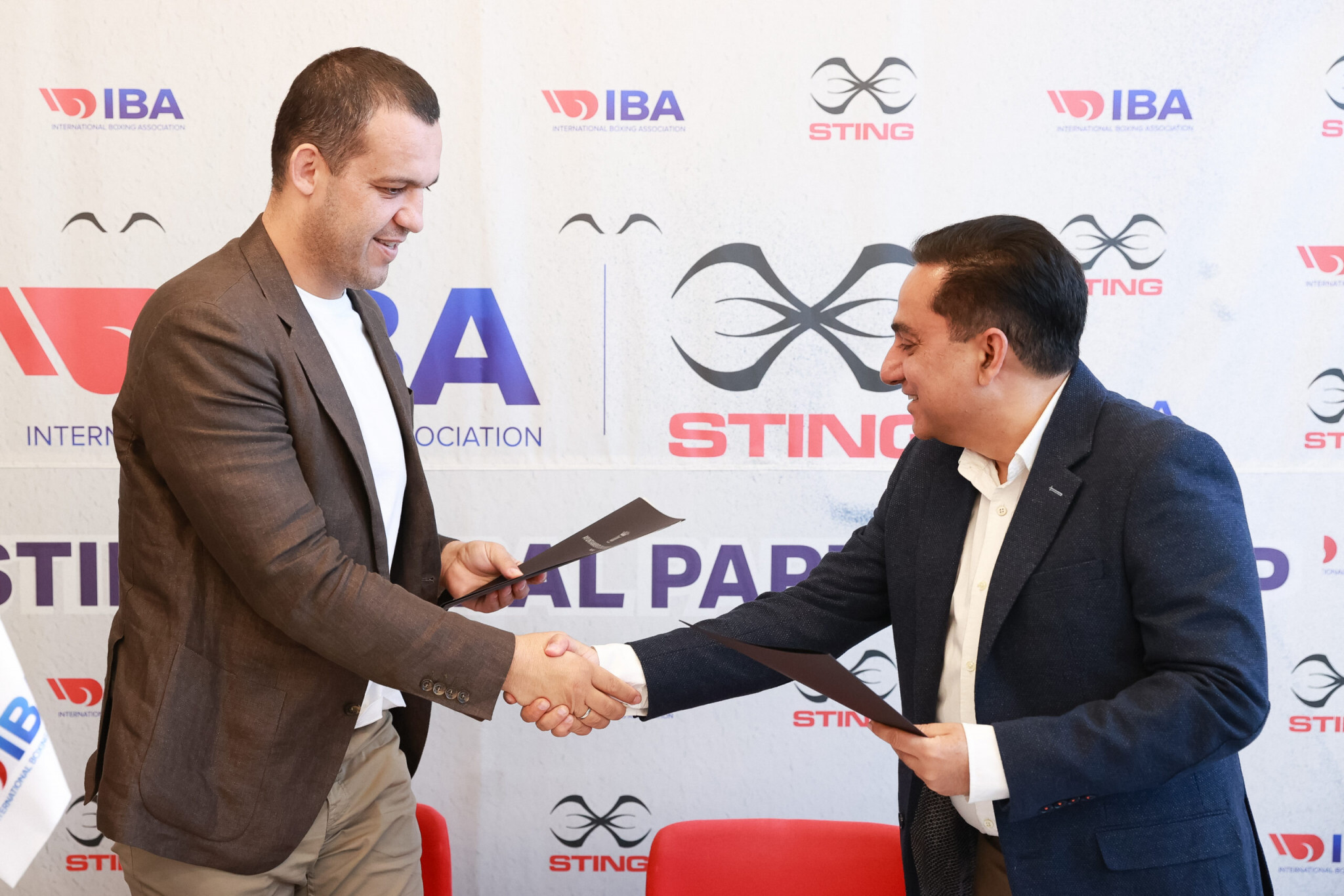 This is due to begin at the start of next year and run until the end of 2028, with Sting supplying gloves, headguards, gauze, tapes, footwear and uniforms for athletes plus uniforms for IBA staff and volunteers.

The IBA is set to provide Sting with marketing, digital and merchandising rights at its events.

It said that the partnership forms part of its new commercial programme, offering long-term agreements and exclusivity to businesses.

Umar Kremlev, the President of the IBA, heralded the announcement of the agreement.

"It gives me great pleasure to welcome Sting to the global boxing family as we look ahead to an exciting new partnership over the next six years," the Russian official said.

"We always put our athletes at the core of everything we do and, by delivering the best quality boxing material supplied by our partner Sting, we prove the importance of the safety and well-being of our athletes.

"Together we can help enhance boxing’s popularity around the world as we aim to realise our vision of becoming the welcoming global home of boxing."

Sting Sports chief executive Amir Anis said the company was thrilled to be working with the IBA.

"IBA is not only looking for a supply of boxing equipment but together with Sting, it is planned to develop innovative solutions and tools to enable boxing fans and athletes to get access to the very best material," Anis commented.

"Across digital content, e-commerce, athletes’ endorsement, and retailers it is planned to further grow the popularity of the sport of boxing while at the same time guaranteeing the commercial viability of IBA and to continue building a global home of boxing."

Sting Sports has previously been selected as the official AIBA boxing glove and official supplier for the 2016 Olympic Games in Rio de Janeiro and the 2014 and 2018 Commonwealth Games in Glasgow and the Gold Coast, respectively.

It has also worked with the boxing national governing bodies in Australia, Canada, Italy, New Zealand and United States.

Concern over financial stability was one of the factors which led to the IBA having its recognition suspended by the International Olympic Committee (IOC) in June 2019.

The IOC has expressed displeasure at the governing body's reliance on Russian state-owned energy giant Gazprom since Umar Kremlev became President in December 2020.

A report from Canadian law professor Richard McLaren in June claimed that "the expensive dreams" of former President C K Wu had brought the organisation then known as AIBA to "a state of near insolvency by the time of his departure in 2017", and that the Gazprom deal had "saved it from financial collapse".

Controversy over the Gazprom deal has increased since the Russian invasion of Ukraine in February.

Kremlev was initially elected on a vow to wipe out the organisation's debts and restore its place at the Olympics.

He has overseen a change in the organisation's acronym to IBA and governance reforms, but the IOC has stripped the governing body of its involvement at Paris 2024 for the second consecutive Olympic Games.

It has also left boxing off the initial programme for Los Angeles 2028, with the manner of Kremlev's re-election earlier this year adding to its concerns.

Kremlev was re-elected by acclamation in May after challenger Boris van der Vorst was declared ineligible to run on the eve of the election by the Boxing Independent Integrity Unit, and an Extraordinary Congress in Yerevan in September voted against holding a fresh election.

This was despite the Court of Arbitration for Sport finding that Dutch official van der Vorst should have been permitted to stand in Istanbul.

The agreement with Sting was unveiled prior to the start of the IBA Youth Men’s and Women’s World Boxing Championships in La Nucía.