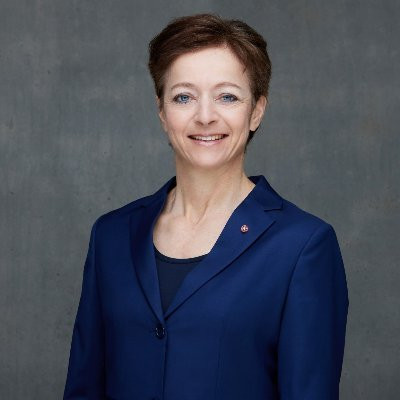 The International University Sports Federation (FISU) has appointed Sarah Lewis as its deputy secretary general here, and she is set to assume the role at the start of next year.

The FISU Executive Committee has held a two-day meeting in the Belgian capital Brussels, where Chungcheong was awarded the 2027 World University Games.

The Executive Committee also heard reports from upcoming Organising Committees at its meeting, and announced the appointment of Lewis.

The British official is best known as a long-serving secretary general of the International Ski Federation (FIS), having held the role from 2000 until 2020.

She competed at the Calgary 1988 Winter Olympics in Alpine skiing prior to her move into sports administration.

Lewis began working for the FIS in 1994 as Continental Cups coordinator, and became secretary general in 2000.

She was dismissed by the FIS Council in a shock move in October 2020.

Last year, Lewis was one of four candidates who stood to replace long-serving Swiss official Gian-Franco Kasper as FIS President, but the vote was won by Swedish billionaire Johan Eliasch.

Following her departure from the FIS, Lewis was appointed as a lead mentor for the Sports Innovation Winter Sports Global Virtual Accelerator in 2020, and assisted the Chinese Winter Sports Association with its Beijing 2022 Winter Olympic and Paralympics legacy objectives and preparations.

A well-known figure within the Olympic Movement, Lewis is among the speakers at next week's Host City 2022 conference in Glasgow.