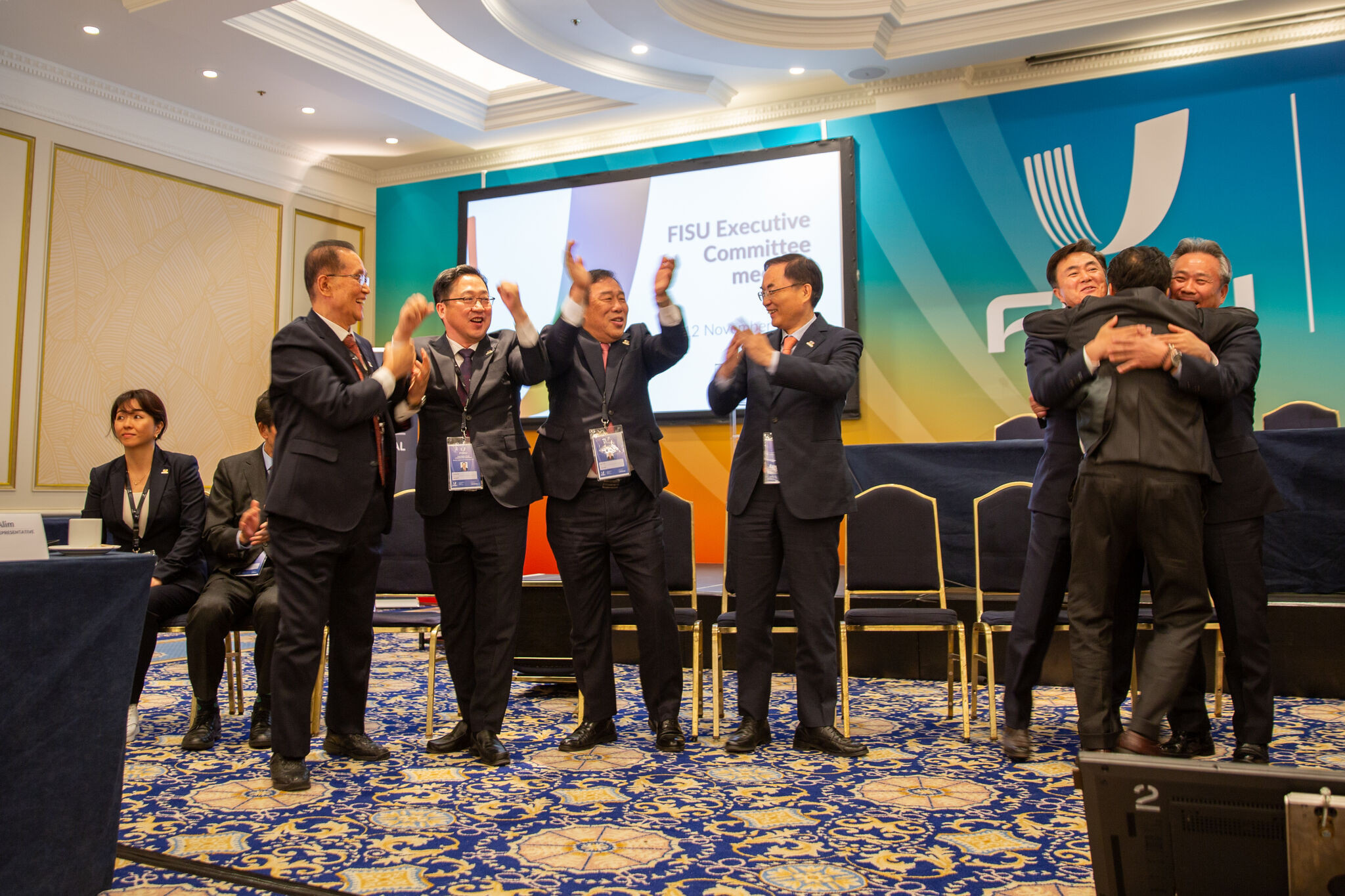 The bid staved off competition from North Carolina, and received 14 of the 21 votes from the Executive Committee.

It is set to mark the third time that South Korea has held FISU's flagship multi-sport event, with the presentation detailing the attempts to build on the staging of the 2003 and 2015 editions in Daegu and Gwangju respectively.

Infrastructure projects totalling €1.7 billion (£1.5 billion/$1.8 billion) will be completed by early 2027, organisers vowed, although they insisted that development of the region - including nine of the proposed 10 new venues - would take place regardless of the outcome of the vote having received Governmental backing.

Key arguments put forward by the Bid Committee included the offer of latest state-of-the art facilities, with the participation fee reduced from €75 (£66/$78) to €20 (£17.50/$20.75) following Governmental support, and 92 per cent of the budget being secured.

Bid Committee secretary general Kim expressed his delight, and vowed that Chungcheong 2027 would deliver on its promises.

"All of us who have worked so hard to make our candidacy successful are beyond delighted," he said.

"This opportunity means so much to Korean university sport and to Chungcheong.

"This will be the first major event to be hosted in our Megacity and we are certain we will deliver an excellent FISU World University Games."

FISU Acting President Leonz Eder believes that Chungcheong's proposition is capable of building on the legacy of previous editions of the Games held in South Korea.

"FISU offers its sincere congratulations to Chungcheong. Korea has a proud tradition of university sport and will, I am sure, be an ideal place for the world’s best university athletes to come together in peaceful celebration in the summer of 2027," the Swiss official said.

"Chungcheong 2027 has the potential to be a very special FISU World University Games, making a lasting contribution to university sport."

Its presentation was around double the length of Chungcheong Megacity's, and emphasised the quality of existing venues within the Games region, insisting that no construction or major renovation would be required.

North Carolina 2027 also suggested that the FISU Games would be ideally scheduled between the 2026 FIFA World Cup and the Los Angeles 2028 Olympics and Paralympics, and fulfil an ambition to stage the event stretching back four decades.

Although its proposals were overlooked by the majority of the Executive Committee, Eder suggested that North Carolina could stage a future edition of the FISU Games, with 2029 the next vacant date.

"While FISU could only name one host for the 2027 FISU World University Games today, FISU is deeply grateful to both candidates for their commitment to international university sport," the Acting President said.

"While Chungcheong is today’s choice for 2027, we would be delighted to have North Carolina as a host for the FISU World University Games in the future at the first available opportunity.

"FISU would like to thank both candidates for their professionalism and for the sporting way in which they have conducted themselves throughout the process."

The next summer edition of the FISU Games is due to be held in Chengdu next year, an event that was originally scheduled for 2021 but has been pushed back because of COVID-19 restrictions in China.