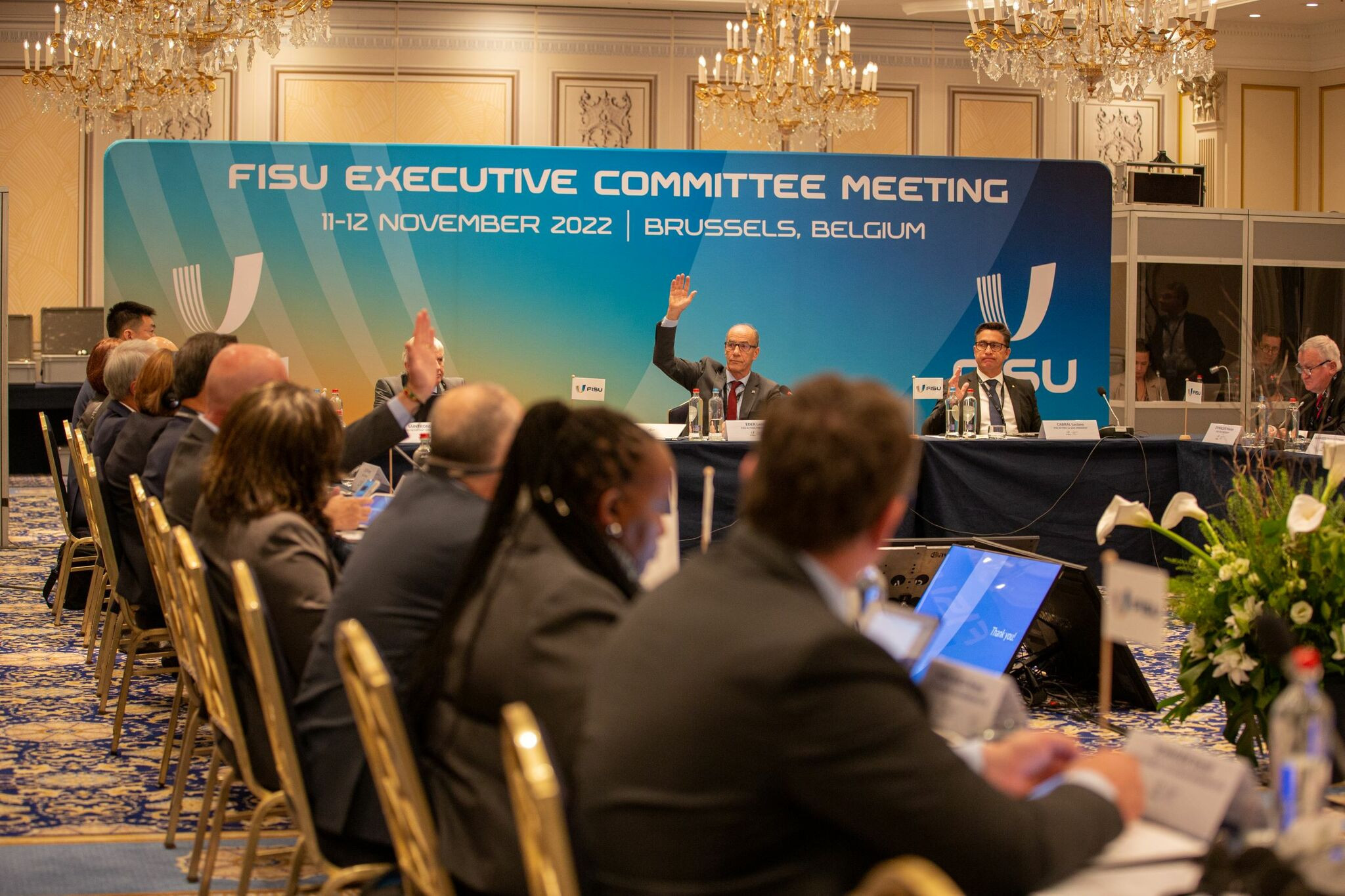 The two bids have been praised by FISU as strong proposals, although they represent two different projects.

North Carolina in the United States boasts a range of existing facilities ready to stage events at the 2027 FISU Games, while Chungcheong's ambitions enjoy the backing of the South Korean Government.

On the first day of the FISU Executive Committee meeting, Chungcheong was drawn to present its bid first tomorrow, followed by North Carolina.

After the two presentations, a report is due to be heard from the Evaluation Committee, followed by an internal discussion and vote, then the official attribution announcement by FISU Acting President Leonz Eder.

Both interested parties have brought sizeable delegations to the Belgian capital Brussels in a bid to secure hosting rights for the FISU's flagship event.

The Evaluation Committee has commended the efforts of both regions after its visits.

"Chungcheong Megacity is the second capital of Korea, it's a very new city where everything is hi-tech, top of fashion, it's a young and energetic place," Tae said.

"We are excited to invite university students from around the world to come and experience the Korean fun and vibes."

The US has not staged the summer edition of the multi-sport event since Buffalo 1993, although it is due to hold next year's FISU Winter Games in Lake Placid.

North Carolina Bid Committee chief executive Hill Carrow believes 2027 marks an ideal opportunity for the event to be held in the US.

"Come to the United States, the university movement has not been there in a long time, in America it has grown tremendously, we are the number one market in sponsoring, investment and facilities in university sport and FISU can really take advantage of that," Carrow commented.

Swiss official Eder has ruled out a double award incorporating the 2029 FISU Games, and believes the Executive Committee faces a "very difficult decision".

"The US have everything ready, all the venues ready, they would still need some sponsorship and some money," he said.

"The Koreans have not much ready related to facilities, but they have the guarantee of the central Government that all these venues could be built in due time, so these are two of the differences, but the two of them are very strong bids because we have worked very hard to develop compelling value proposition for our potential hosts.

"Korea and US discovered that the World University Games would be a great opportunity to develop university sport in their country but also to develop the region."

Eder has also conceded "somehow it is a pity to have two competitors" after FISU's reforms to its bidding process in 2016, but is pleased to see the "huge interest in our Games".

Hosts have already been allocated for the summer and winter editions of the FISU Games in 2023 and 2025.