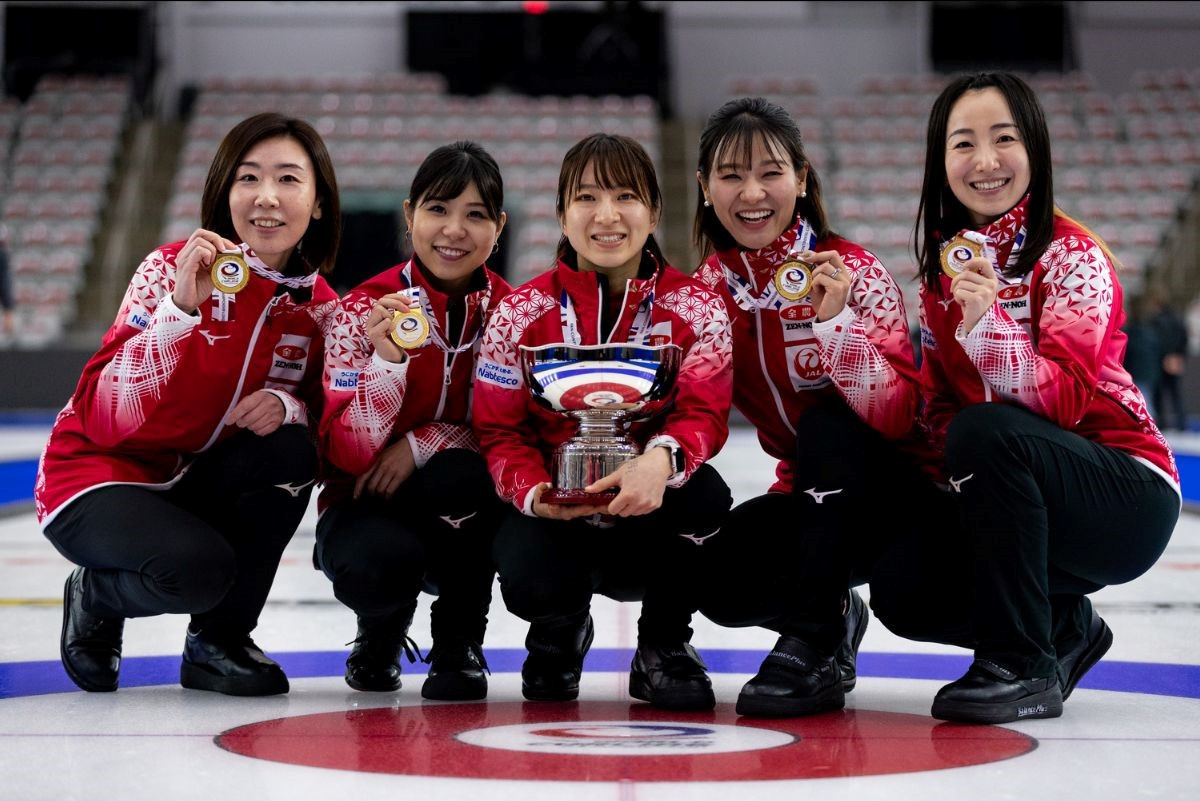 Hosts Canada and Japan won the respective men's and women's titles at the first Pan Continental Curling Championships in Calgary, with South Korea taking silver in both finals.

This new World Curling Federation event, which featured teams from the Americas and Pacific-Asia zones, serves as the World Championship qualification route for all affiliated nations apart from those in Europe, with the top five women's and men's teams progressing.

Japan's 8-6 victory came in a final that required an extra end after South Korea, 3-6 down with two ends remaining, had drawn level at 6-6, inspired by skip Ha Seung-youn.

But Japan's skip Satsuki Fujisawa had the last stone in the extra end and used it to produce a hit and stay for two decisive points.

"Yesterday in the semi-final we had to come back in the last two ends.

"In this game it was similar but this time it was our opponent coming back.

"It was a tough situation, but we just had to keep our concentration and our mental state and just get through it."

Ha commented: "We're still a very young team and we're going to grow, but I'm still very proud to be a silver medallist."

Bronze went to the home team.

The men’s final was not such a close-run affair as Canada, skipped by Brad Gushue - who led his country to Olympic gold in 2006 and world gold in 2017, and to Olympic bronze and world silver this year - beat South Korea 11-3.

Canada opened with a draw-shot by skip Gushue for two points in the first end.

In the second end the South Korea skip Jeong Byeong-jin attempted a double take-out but got his angles wrong.

His own stone rolled out, and this gave Canada a steal of one point and a 3-0 lead.

South Korea scored one in the third end, but in the fourth, Jeong had a miss with his final stone, which left  Gushue with a straightforward draw to score four points and move his team to a 7-1 lead which increased to 10-1 in the fifth end.

South Korea got a point back in the sixth end, but Canada added another in the seventh.

The teams then played out the eighth end, entertaining the crowd with some novelty shots, with South Korea scoring one point from the end before conceding the match.

"I think we played well all week," Gushue said.

"With the exception of four ends in our first game against the United States, I thought we were in control of our game - it was a good show."

Speaking about the new Pan Continental Curling Championships, he said: "It’s nice to win the first one and as we play more of these, this event is going to get bigger and bigger as more countries start competing and getting better and better."