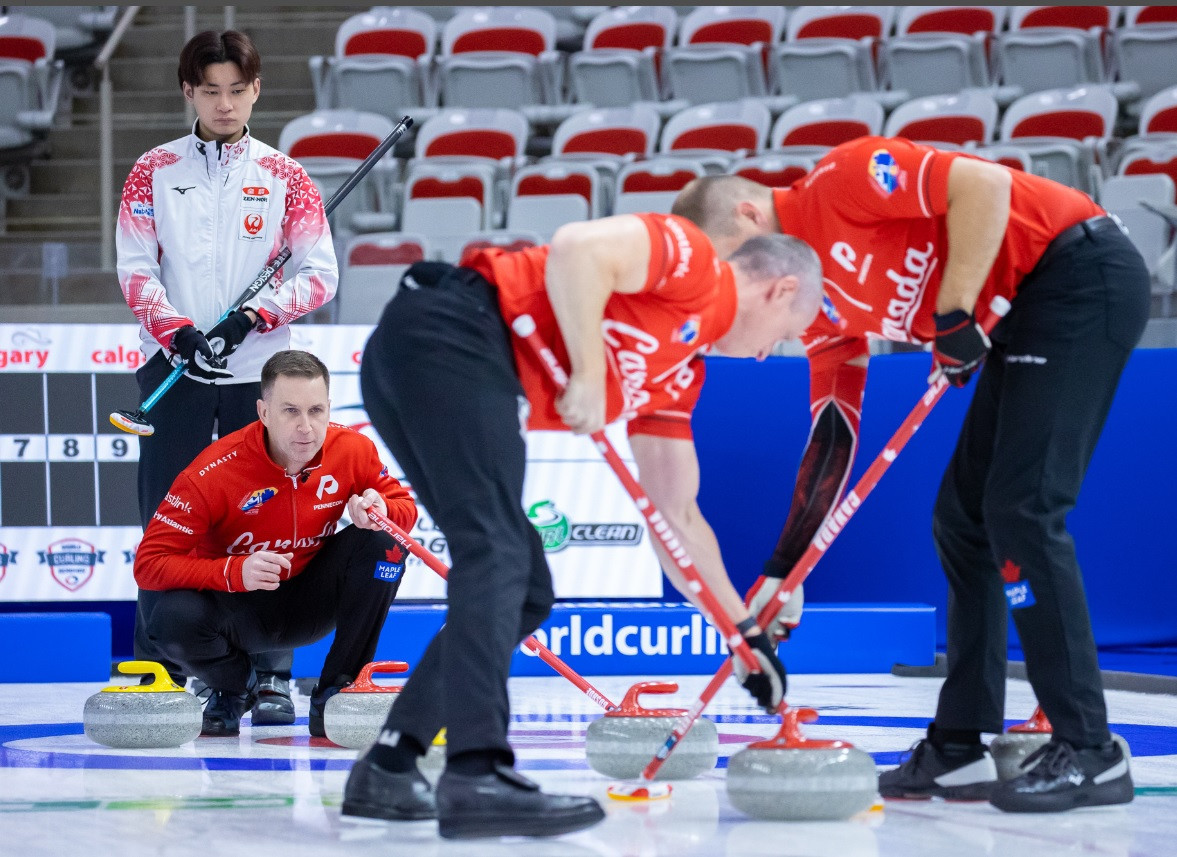 The same four teams will contest the men's and women's semi-finals at the Pan Continental Curling Championships in Alberta.

Hosts Canada and the United States finished in the top two in both the men's and women's group stage and will be joined in the last four by South Korea and Japan.

The semi-finals of the women's event will see the US take on South Korea and Canada face Japan.

The American team's 8-6 win over Canada saw them seal top spot as they both finished on seven wins and one loss.

Other victories for the US included a 8-7 triumph over Japan, a 13-1 thrashing of Hong Kong, a 9-0 success against Kazakhstan, a 9-2 defeat of New Zealand, a 11-4 win over Brazil and a 7-1 thumping of Australia.

The only blemish to the US' record was a 9-5 loss to South Korea.

The head-to-head between Japan and South Korea determined the final rankings after they both finished with six wins and two defeats.

Final round-robin standings from the #PCCC2022

This meant that Japan's 7-4 win over South Korea earlier this week clinched third spot and a semi-final meeting with Canada.

The men's seven-game round robin has also been concluded with Japan edging New Zealand into the top four.

Two teams each registered three victories and four losses, but Japan’s 9-5 win over New Zealand put them through to the semi-finals where they will meet table-toppers Canada.

The other semi-final will see the US face South Korea, with the American team keen to avenge their 10-6 defeat in the group stage.