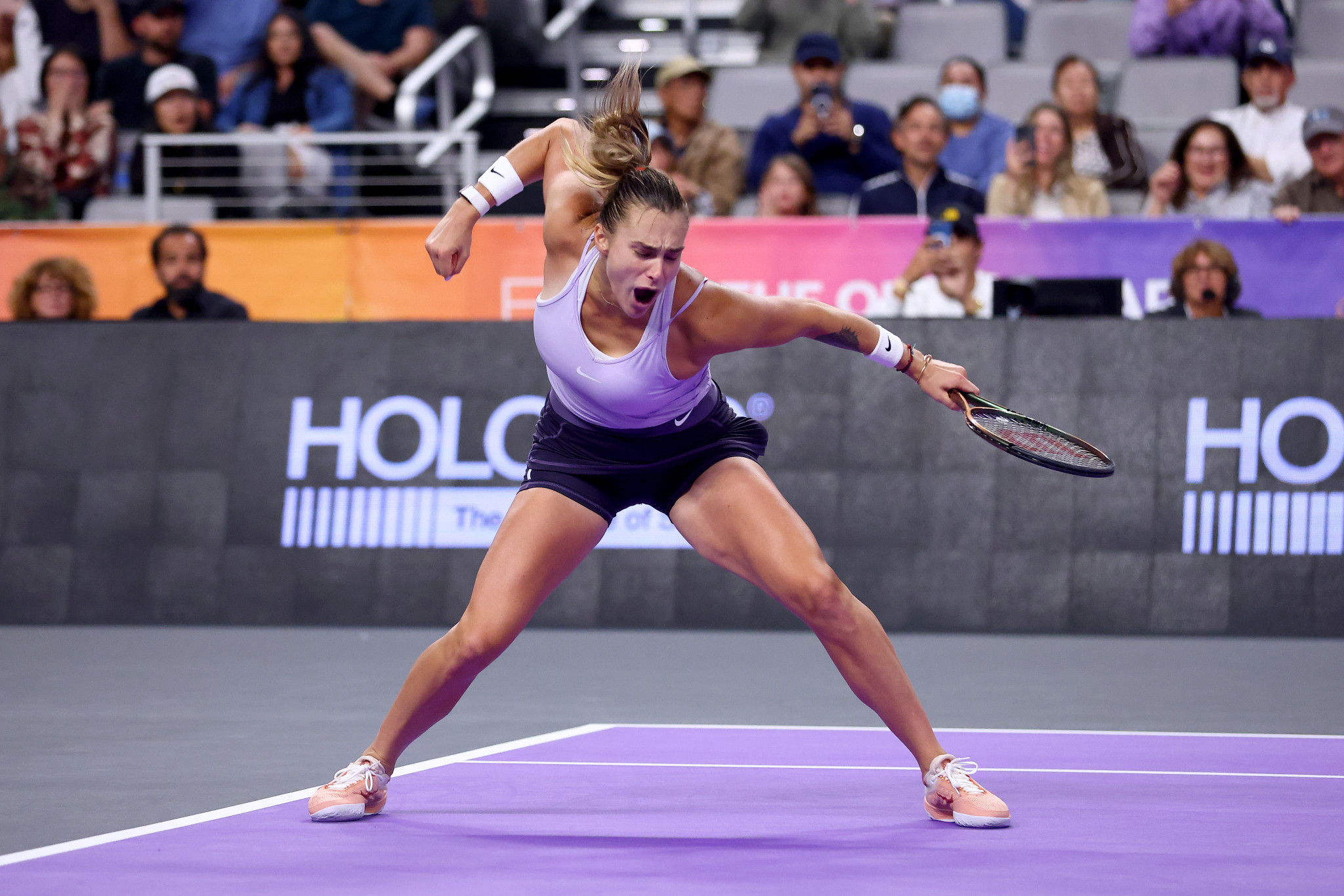 Aryna Sabalenka stunned world number one Iga Świątek in three sets to reach the final of the WTA Finals in Fort Worth.

Poland's Świątek had not lost a set so far in Texas, but soon found herself trailing after Sabalenka took the first 6-2.

Świątek fought back to take set two by a reverse scoreline, but Sabalenka broke clear to win the third 6-1 and advance to tomorrow's final.

Sabalenka, who is from Belarus and is playing as a neutral with the country's flag banned over the war in Ukraine, had lost all four previous meetings with Świątek this year.

Świątek won two Grand Slams this year, but will not add the WTA Finals title to her crowded trophy cabinet.

As for Sabalenka, she has beaten each of the world's three top-ranked players this tournament at Dickies Arena.

Sakkari had not dropped a set in Texas before the match, but was convincingly outplayed.

The doubles final will be played between Czech duo Barbora Krejčíková and Kateřina Siniaková and the combination of Belgian Elise Mertens and "neutral" Russian Veronika Kudermetova.

Krejčíková and Siniaková have won the Australian Open, Wimbledon and US Open already this year.