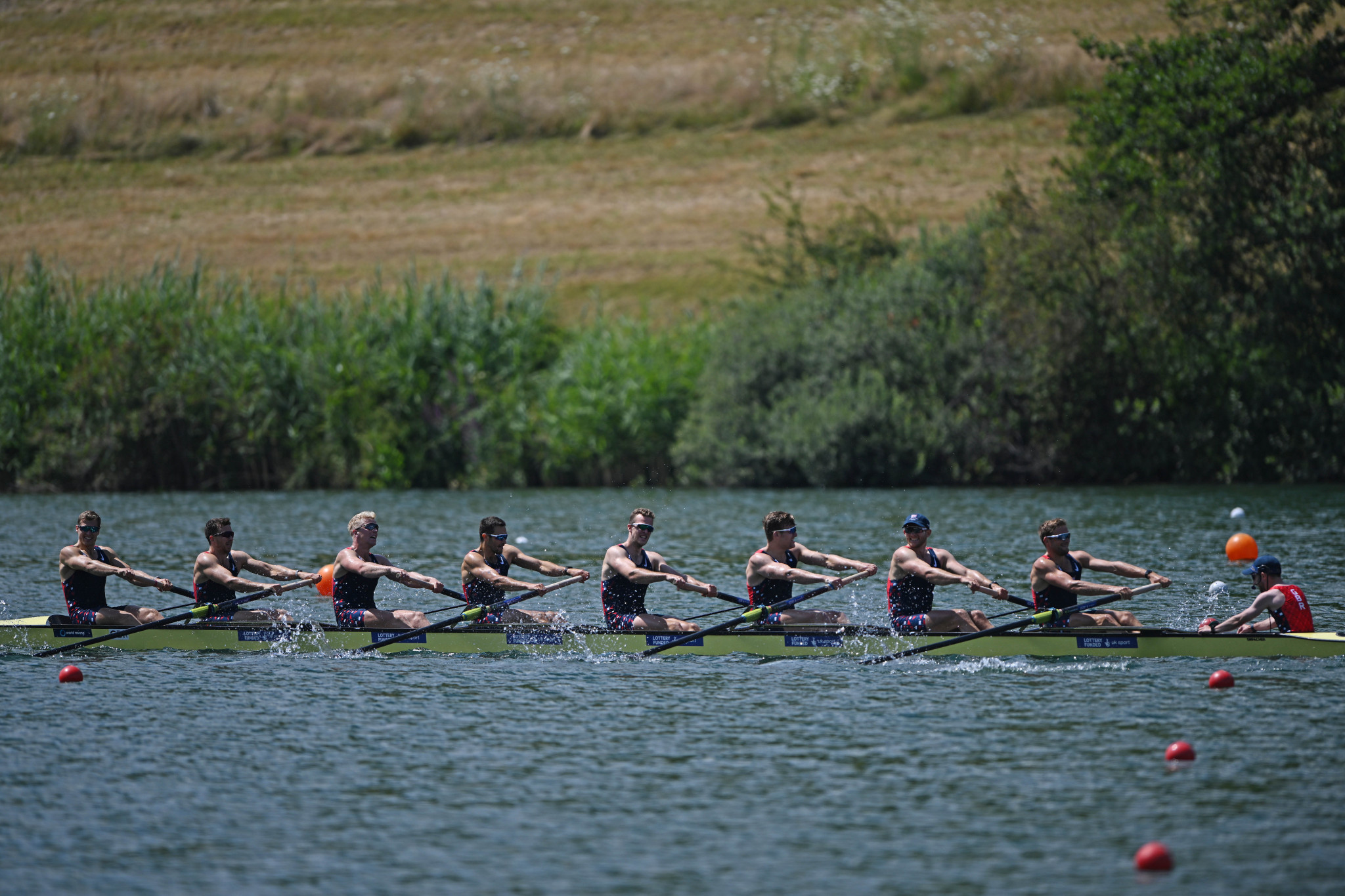 Britain's men's eight continued its unbeaten run and secured direct qualification to the discipline's final at the World Rowing Championships in Račice.

The performance saw them pip Romania and the United States to the line by 1.46 and 4.59, respectively, at the Labe Arena.

The next heat was a closer affair as eventually winners Canada posted a time of 5:30.39, less than a second ahead of The Netherlands who move into the repechage to fight for their place in the final.

As the rain began to come down, the preliminary race of the women's eight saw the US upset a Canadian squad featuring four of the Tokyo 2020 gold medal-winning boat.

The Americans close out today's racing with a win in the preliminary race of the Women's Eights ???#WRChamps #WRCHRacice pic.twitter.com/ME9n4O2Qf4

Instead they went into the repechage before creeping into the semi-finals today, posting a time of 7:04.67 to beat Poland's Wiktoria Kalinowska and Katarzyna Wełna by just 0.03.

However, they were still 2.27 off Greek pair Dimirta Eleni Kontou and Evangelia Anastasiadou.

Nazanin Malaei was one of the stories of Tokyo 2020 when she became the first Iranian woman to achieve a top 12 finish at an Olympic Games rowing competition and has done the same again in the lightweight single sculls in the Czech Republic.

She came third after 7:43.04 behind winner Kenia Lechuga of Mexico and Ireland's Lydia Heaphy.

In the second heat, Ukrainian Anna Sheremet, who was fourth in Tokyo, took the single qualifying place directly to the final, clocking a time of 10:16.52.

The remainder of the scullers will need to contest the repechage tomorrow morning to find out who else will progress to Sunday’s (September 25) final.