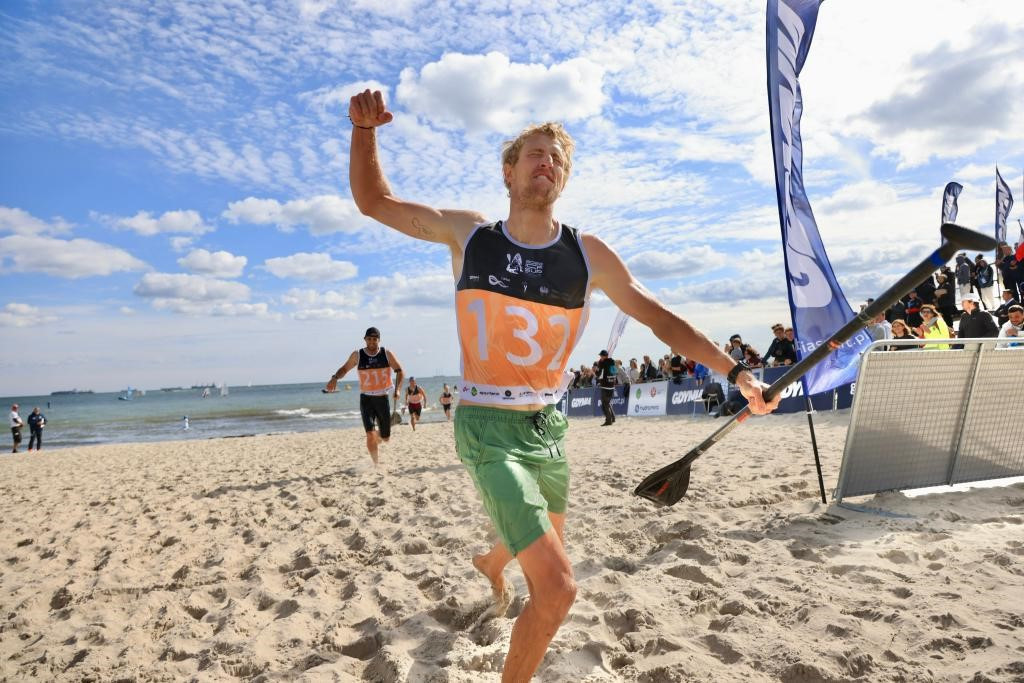 Baxter added the men's technical gold medal to the sprint gold he won on Friday (September 9) in Poland.

The 27-year-old triumphed in a controversial final which saw Italian Claudio Nika disqualified after he fell and dragged French defending champion Noic Garioud from his board.

This left Baxter to outsprint Garioud's compatriot Titouan Puyo on the final stretch, clocking in after 5min 17.40sec.

Puyo finished a clear second after 5:19.65 before Japan's Rai Taguchi crossed the line in third with 5:21.38 on the clock.

Lafenetre also prevailed in a frenetic finish in the women's event as she reeled in leader Duna Gordillo of Spain at the final turn to set up a thrilling finish.

The two were neck-and-neck with 100 metres to go but Gordillo lost her balance and fell from her board to hand the gold to Lafenetre who clocked in after 5:56.16.

Gordillo's tumble meant she was also overtaken by Denmark's Caroline Kuntzel, who finished in 6:02.19, before posting a time of 6:10.78.