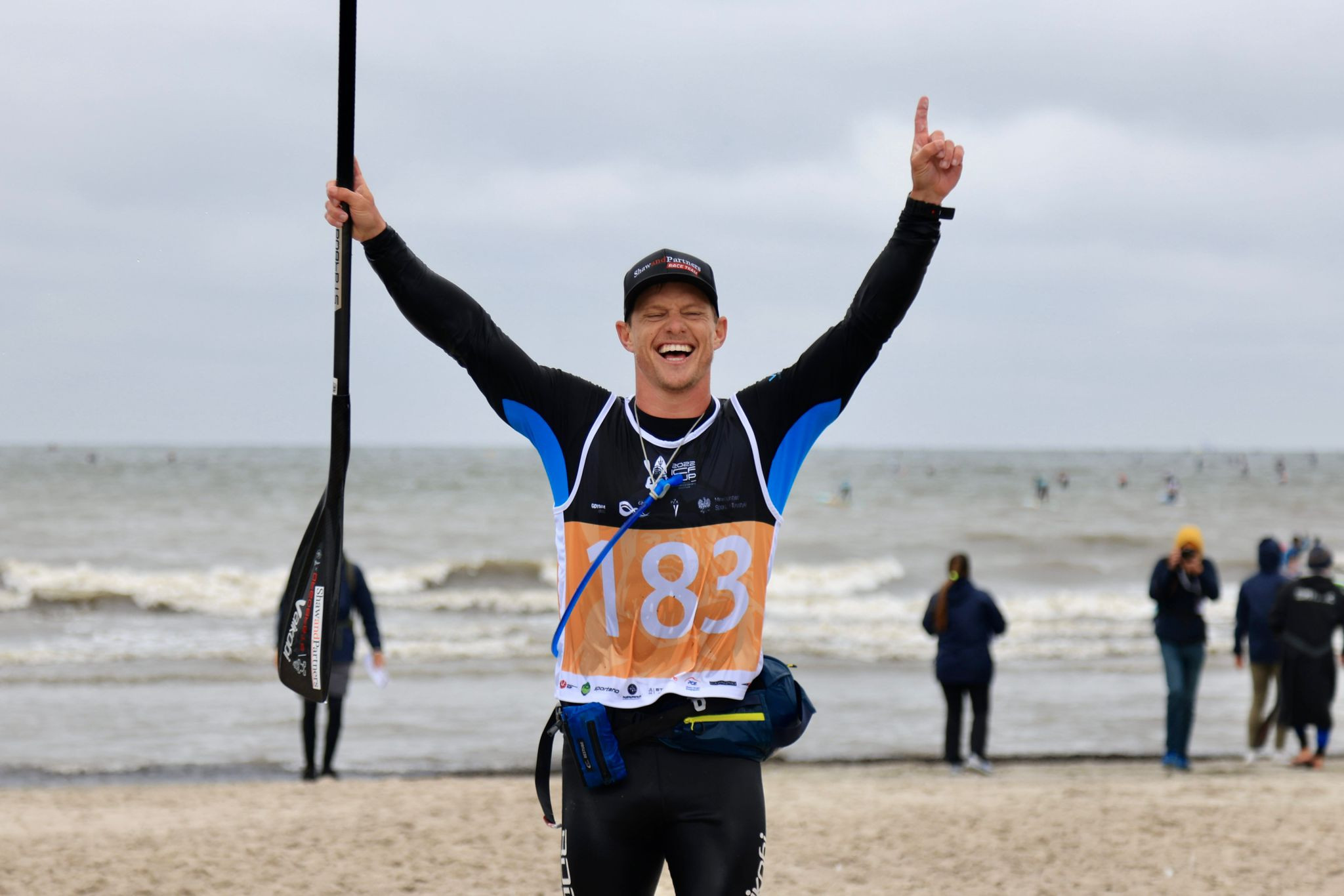 After a messy start, Booth emerged as the clear leader by the two-kilometre mark of the 16km race.

"I’ve had so many interviews and I just keep crying, I’m so happy.

"It was hard after last year but amazing to bounce back.

"I thought this was like Perth on a winter’s day, so honestly it felt okay.

"I was like, I’ve done this a million times and I’m really prepared for this, so I was not that unhappy to be honest, and it played out the way I thought it would."

The women’s final saw Spain’s Esperanza Barreras go one better than last year as she was crowned world champion for the first time in Gdynia.

Barreras, who finished a close second last year, claimed a hard-fought win in conditions that forced half the field to retire before the end of the race.

After sitting second behind fellow Spaniard Duna Gordillo for the first half of the race, Barreras made her move on the third lap.

"It was a super hard day," said Barreras.

"I’m really happy but it was not easy to take the win.

"At the beginning I tried to conserve my energy because I knew it was going to be a really hard race, and then on the third lap I felt like I had extra energy.

"I like these sorts of conditions, I felt comfortable.

"During the last lap I was thinking about becoming a world champion for the first time, and now I join some athletes who have always been a reference for me."