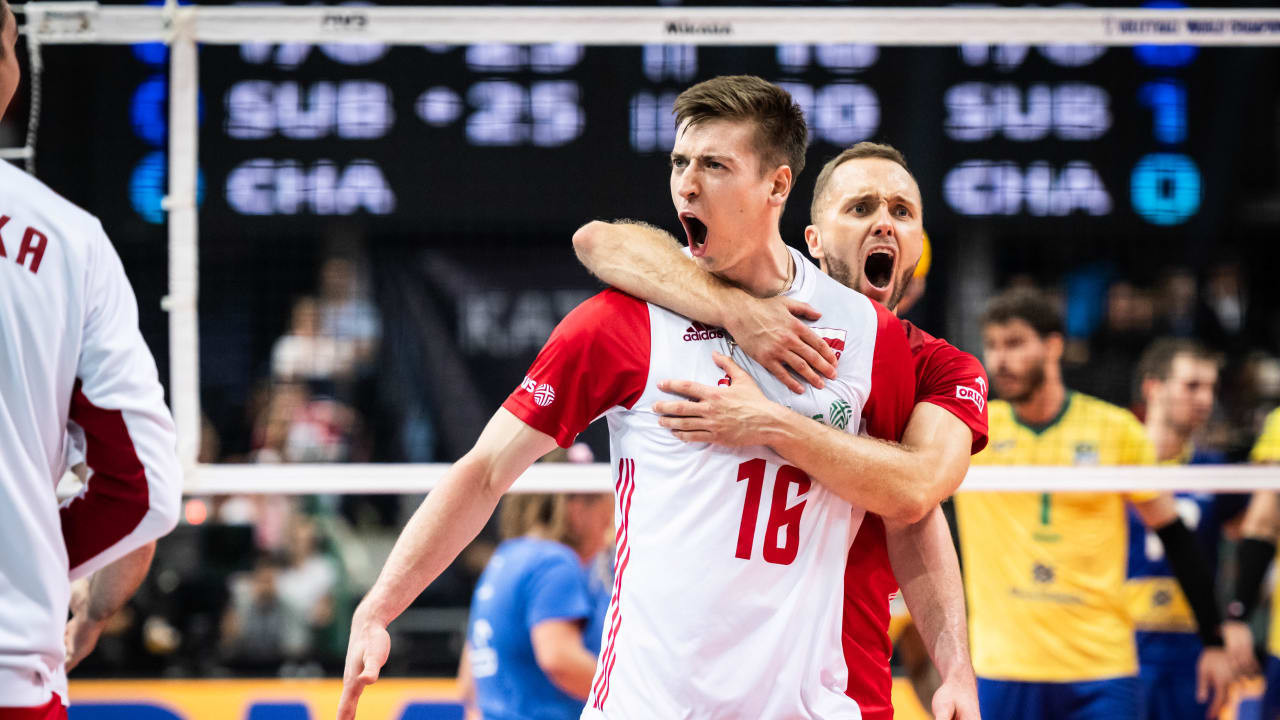 Poland triumphed in a five-set thriller and Italy dominated Slovenia to advance to the final of the Men's Volleyball World Championship.

Poland became the first finalist as they defeated three-time champions Brazil 3-2 in front of an electric home crowd at the Spodek Arena in Katowice.

The match was a repeat of the last two gold-medal matches, which Poland also won 3-1 and 3-0.

The Brazilians drew first blood to temporarily humble the partisan audience as they won the opening set 25-23.

Ricardo Lucarelli was the bright spark as he spearheaded Brazil with six points.

Despite the outside hitter's attacking prowess, which saw him record a leading 18 points for Brazil, the Poles rallied back to win the next two sets 25-18, 25-20.

Brazil hit back 25-21 in a crucial fourth period but the home side ran out as 15-12 victors in the decider to send the stadium into ecstasy.

"It could not have been a more emotional game," Aleksander Sliwka said.

"It was out of this world!

"We are so excited.

"It’s hard to believe that we are in the final.

Italy maintains its high level and is only one set away from the final!

"We are sharing this win today with the fans, but we have one more game to go tomorrow and will do our best again.

"This is just the highest possible level, as the best teams in the world are here at the World Championship.

"We are really grateful to the fans.

"I can't find the words to describe it.

"They are amazing and we'll count on them tomorrow as well."

Italy, who won three straight titles from 1990 to 1998, beat Slovenia 3-0 in the second semi-final to set up a meeting with Poland tomorrow in Katowice.

The score was perhaps unfair on the Slovenians who put up a good fight in all three sets but could not find the killer instinct possessed by the Italians who won 25-21, 25-22, 25-21.

Outside hitter Daniele Lavia was in fine form as he led the scoring with 15 points and an efficiency percentage of 13.51.

Brazil and Slovenia are due to contest the bronze-medal match at 6pm local time before the final begins three hours later.