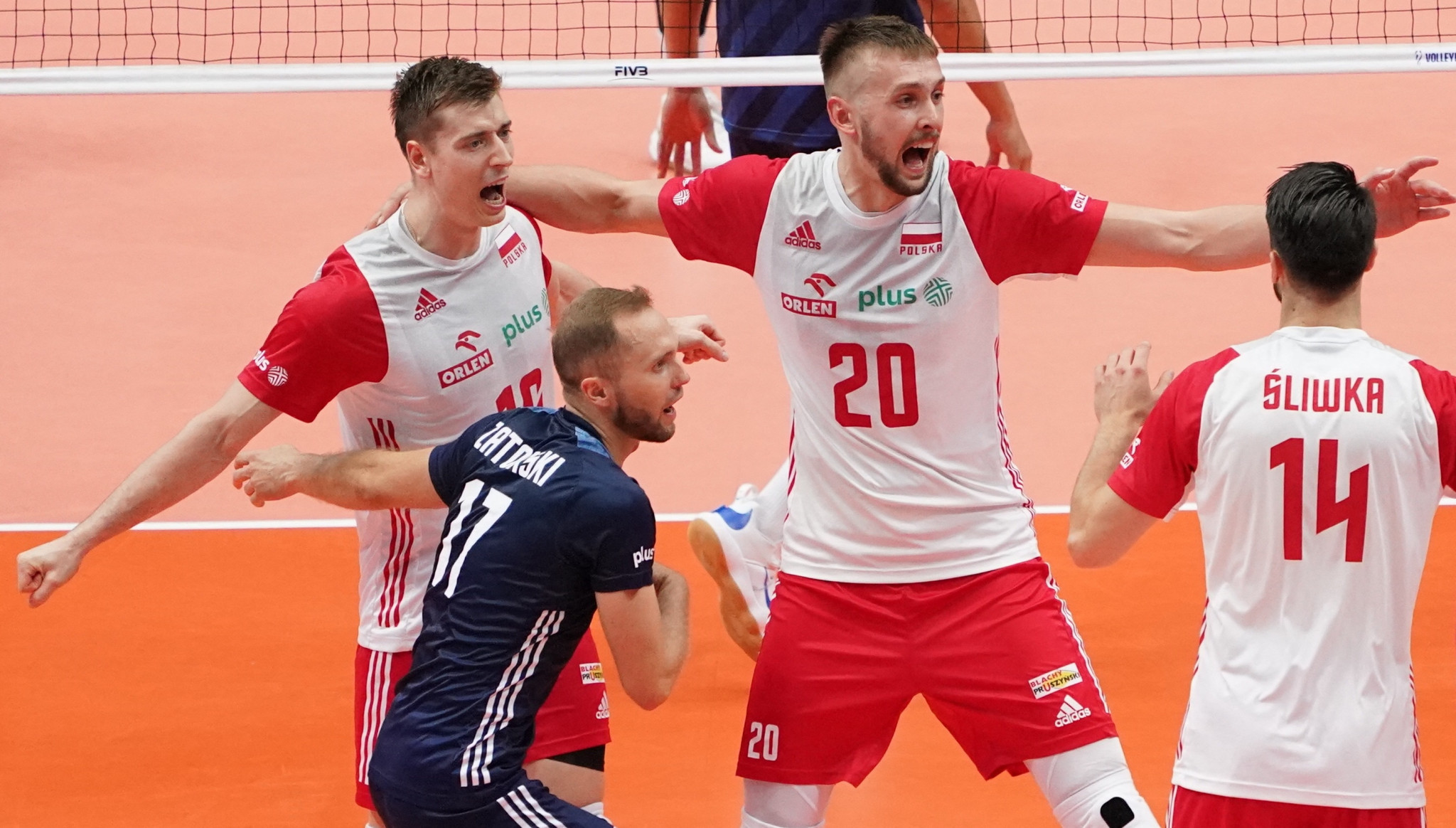 Poland withstood a stirring fightback from the United States to book their place in the semi-finals of the Men’s Volleyball World Championship and keep their hopes alive of retaining the title on home soil.

Bartosz Kurek played a captain’s role as he top scored with 21 points as Poland dug deep to defeat a plucky American team.

Jakub Kochanowski and Mateusz Bieniek bagged 18 and 16 points respectively, while Aleksander Śliwka notched 11 in a superb performance that was praised by captain Kurek.

"USA pushed us to our limit, what a great team they are," said Kurek.

"We let our level drop after the second set and we had to find our game again.

"I’m glad we did in the tie-breaker.

"It was an amazing display of teamwork from our side, we have such an amazing group.

"I want to highlight one player in particular in Śliwka.

"He’s been getting a lot of criticism this season and he’s put on a show tonight.

"He was the best player on the court today."

Poland have secured a semi-final meeting with Brazil in a repeat of the finals in 2014 and 2018 where they triumphed on both occasions.

Brazil, who won in 2002, 2006 and 2010, will be seeking revenge against Poland after defeating Argentina in an all-South American quarter-final.

Yoandy Leal was on fire as he racked up a match-high 25 points, while Wallace Leandro de Souza, Ricardo Lucarelli and Lucas Saatkamp contributed 36 points between them.

"A game against Argentina is always difficult and we knew this game would be tough," said Lucarelli.

"We are happy because we qualified for the semi-finals, of course, but also because we won a difficult game.

"There will be no easy way in the semi-finals either."

After tomorrow’s rest day, competition is due to resume on Saturday (September 10) with the semi-finals as Poland face Brazil and co-hosts Slovenia meet Italy.