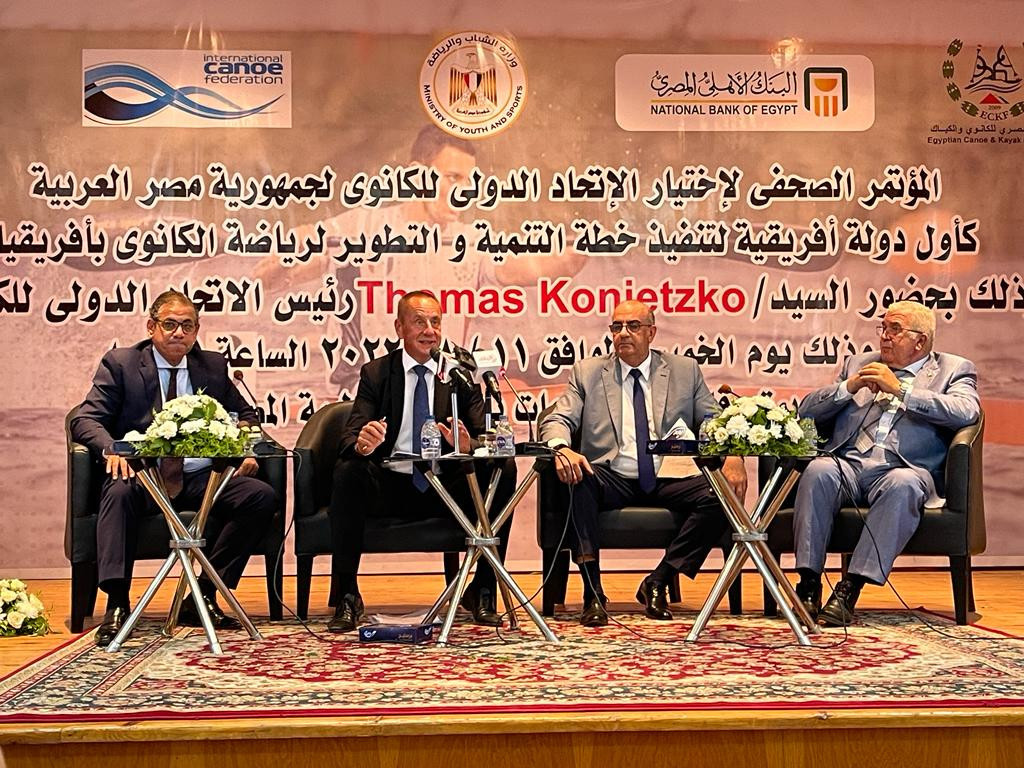 German official Konietzko was elected as ICF President last year, with growth of the sport in Asia, the Americas and Africa one of the items on his manifesto.

He attended a conference in Egypt's capital Cairo along with around 100 canoeing officials, Egyptian National Olympic Committee (ENOC) vice-president Aladin Gabr and representatives of the country's Ministry of Sport.

Konietzko praised current initiatives from the Egypt Canoe and Kayak Federation and the support of the ENOC and Ministry, and argued that it inspires other National Federations in Africa.

"There is a good structure here with numerous clubs at the grassroots level and a strong national canoe team," the ICF President said.

"The world-class organisation of the Nile Regatta inspires not only African nations but nations and athletes around the world.

"More and more Egyptians are practicing canoeing as a recreational activity and is using this as a means to stay healthy.

"Recreational canoeing is as important for your society as high-performance sport, so should be also an objective for growth in this area for the Federation.

"With all these activities the Egyptian Canoe Federation will become a role model in our sport in Africa."

The Association of National Olympic Committees of Africa (ANOCA) was the only continental Federation not represented on the canoe slalom and canoe sprint medals table at the Tokyo 2020 Olympics.

Togo through Benjamin Boukpeti in the men's slalom K1 at Beijing 2008 and South Africa through Bridgitte Hartley, now chair of the ICF Athletes Committee, in the women's K1 1,500 metres sprint are the only African nations who have won medals in the sport at an Olympic Games.

However, Konietzko pointed to the spread of medals across four continents at Tokyo 2020 as one of the results of the ICF's development strategy, and underlined Egypt's role in the development of the sport in Africa, following the recent signing of a Memorandum of Understanding between the ICF and ANOCA.

"We can only succeed in implementing these goals in a joint effort by all partners," Konietzko said.

"Let us all work together to make canoeing even stronger in Egypt, and fulfil our common dream of Egyptian athletes competing for Olympic medals.

"For this, we as the ICF will do everything we can."

Konietzko revealed that the ICF plans to work closely with the African Canoe Federation on a new, more targeted approach towards National Federations to support development and growth.

A continental director is set to be appointed and tasked with increasing children's participation in canoeing and training coaches at all levels.

It is also hoped that talented athletes and coaches can "train with strong European nations to further enhance their development".