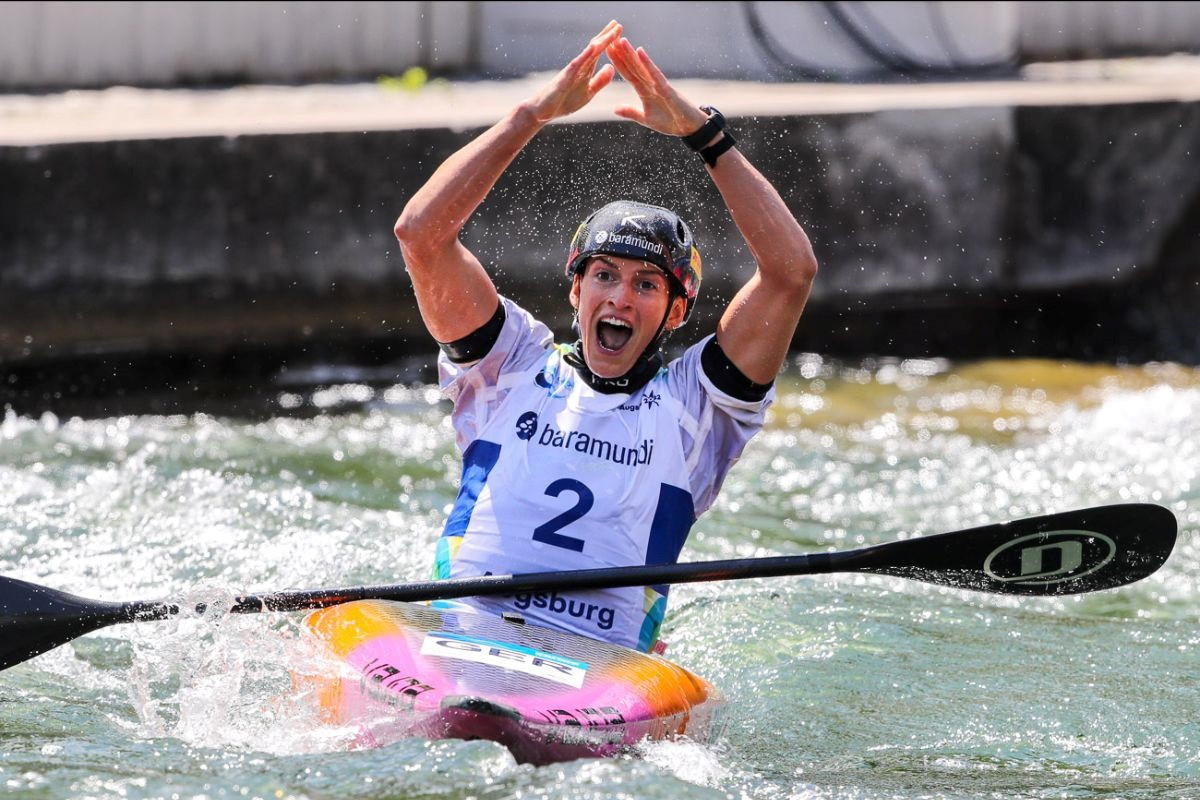 With more than 8,000 fans cheering her on, Olympic champion Funk stormed to victory in a time of 1min 41.14sec.

Australia's Jessica Fox finished 1.31 behind in second position, with Germany’s Elena Lilik 2.85 further back in third after picking up a two-second penalty for a gate touch.

Funk scared through qualifying but produced her best when it mattered most to take the title.

"The pressure was there, it was high," said Funk.

"The preparation was difficult for me, and now that I was able to put down such a good run, I’m just happy.

"Of course it was hard, when you are the current world champion and you are on the start line, you can really feel the pressure, and then this amazing crowd.

"But they just helped me.

"It was my dream, but this year is super special as well.

"Winning in front of family and friends is just the biggest thing I can imagine."

Funk was competing on the course where canoe slalom made its Olympic debut at Munich 1972.

Augsburg is the oldest artificially-created canoe slalom venue in the world according to International Canoe Federation.

Bach, a former head of the German Olympic Sports Confederation, heaped praise on the venue.

"All the fans coming out, cheering the athletes, this is what the sport is about," said Bach.

"It’s a great Olympic legacy, 50 years from ’72, and to see here everything in good shape, and the athletes enjoying it.

"It’s a great example of how Olympic legacy should be."

While Funk claimed her fourth world title and second in Augsburg, Vít Přindiš of the Czech Republic captured his first with victory in the men’s K1.

Defending champion Boris Neveu of France was 0.97 behind Přindiš in third.

Přindiš made amends for last year when a big mistake on the final run cost him the title.

"I was thinking how I have won eight World Cups in the past few seasons, but never a World Championships?," said the 33-year-old.

"I was close once, but it couldn’t be better than doing it here in legendary Augsburg.

Competition is due to conclude tomorrow with the men’s and women’s C1 and extreme finals.