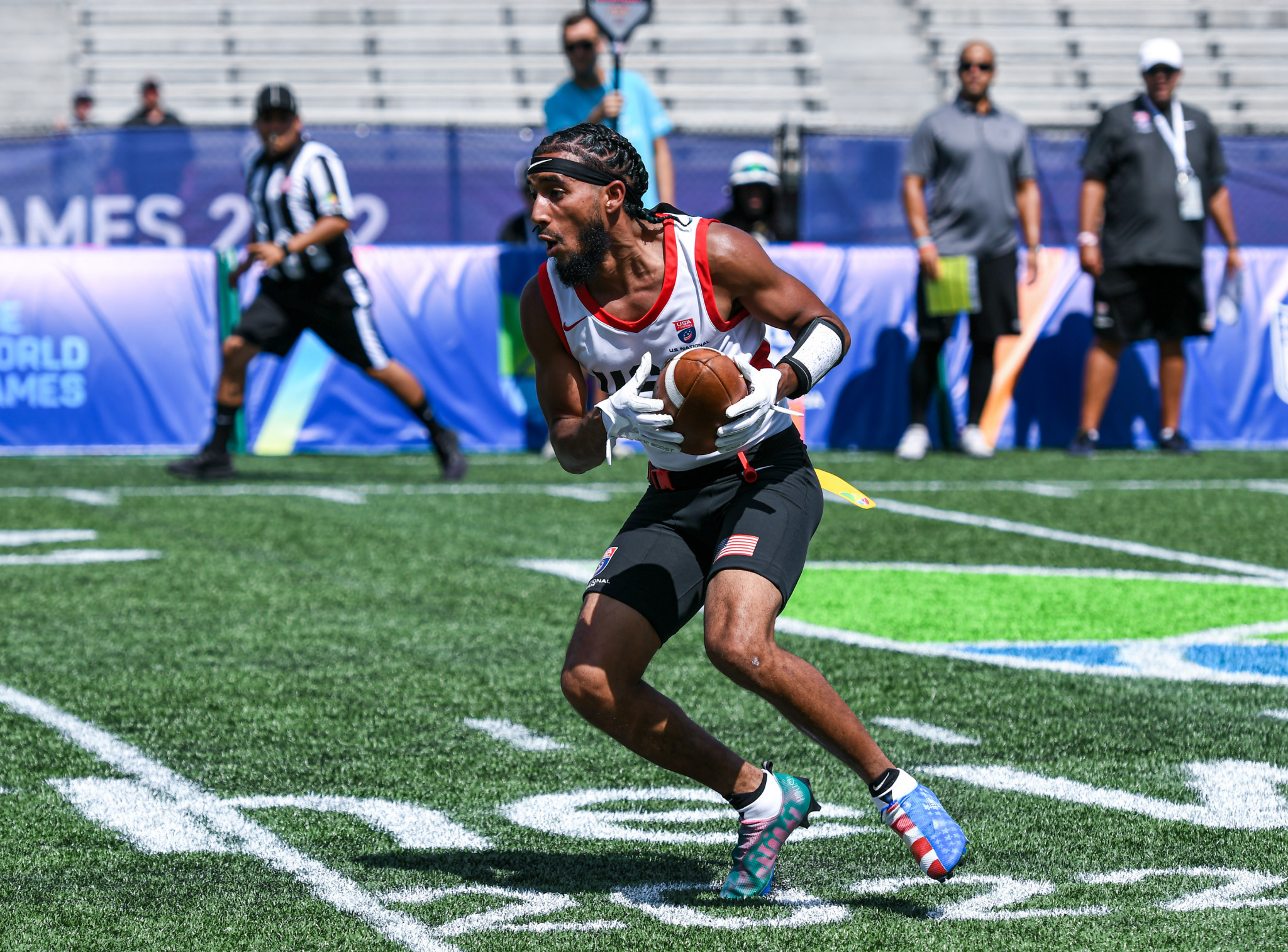 After going through the group stage unbeaten, and receiving a bye to the last four after Germany withdrew due to a coronavirus outbreak among their squad, the US' men's team produced a dominant display at Legion Field to beat Austria 54-19 and book a place in the showpiece match.

Felix Wasshuber scored three passing touchdowns for an Austrian side that were always second best, with the US establishing a half-time lead of 36-13 and maintaining their advantage throughout the second period.

They are set to face Group A winners Italy in tomorrow's final, after they beat Mexico 41-29.

Sheneika Comice had scored twice for the US in the first period.

The hosts are set to face Mexico in the final after they saw off Panama 36-7.

In the women’s event Japan earned fifth with a 19-0 win over Italy while Brazil claimed seventh by defeating France 34-6, with Alessandra Rodrigues de Souza impressing with three passing, one rushing and one receiving touchdown.

In the men’s competition Panama finished fifth after beating France 25-8, while Denmark were automatically awarded seventh following Germany’s withdrawal due to a COVID outbreak.