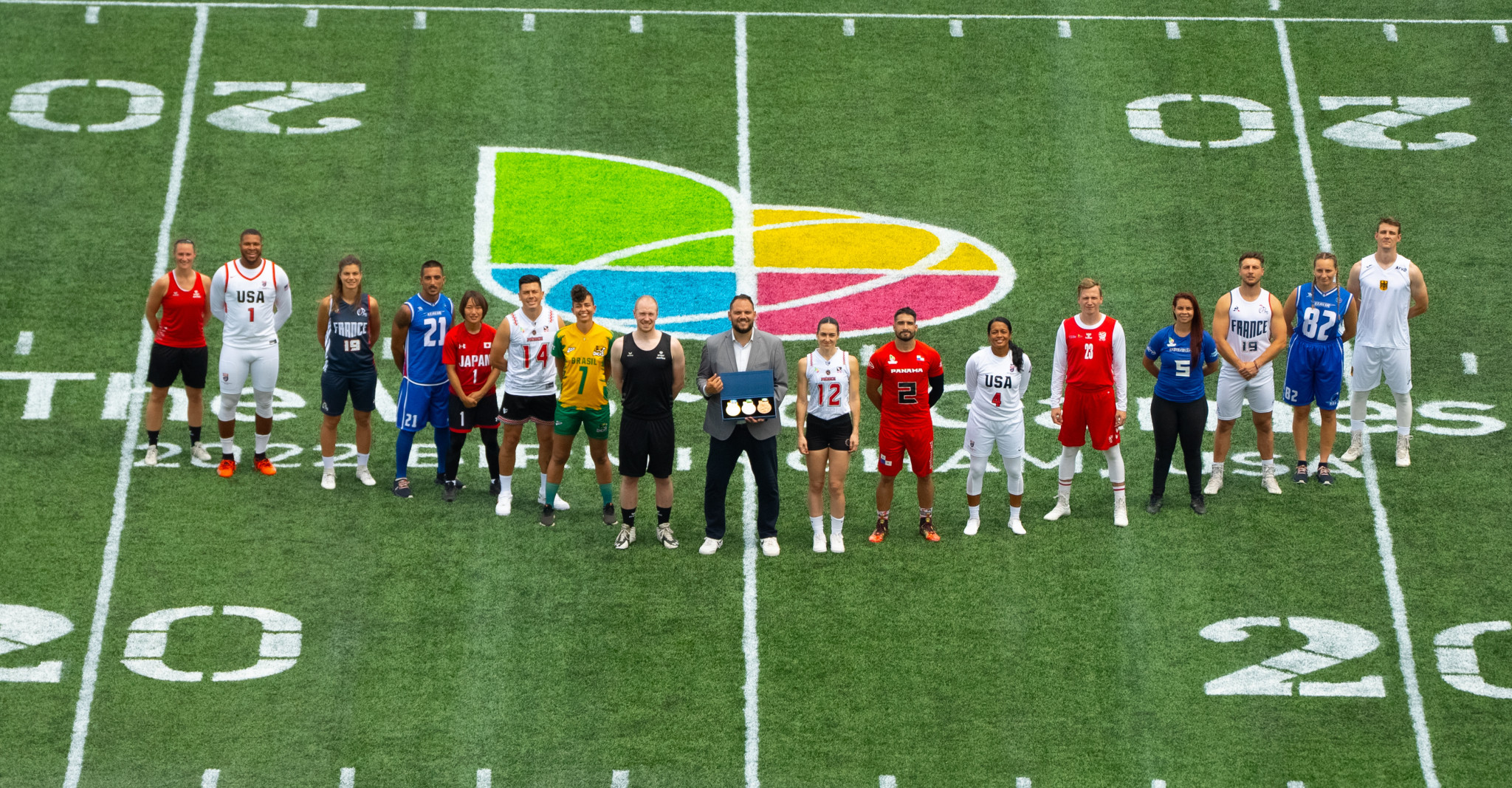 The United States and Austria won the opening women’s and men’s matches as flag football made its debut at the World Games in Birmingham, Alabama today.

The fixtures marked the sport’s debut at a multi-sport event and with the US the reigning men’s and women’s world champions hopes are high for the host nation.

Before the action got underway at Legion Field, an Opening Ceremony was held with International Federation of Flag Football (IFAF) President Pierre Trochet declaring the sport’s debut at the World Games as "a touchdown moment."

"I want to say thank you to the International World Games Association, to the Birmingham 2022 Organising Committee, to our colleagues at IFAF, past and present, all our National Federations and our committed partners at the National Football League," said Trochet.

"This is a dream that belongs to many people but today belongs to the athletes.

"To you, the athletes, I say: seize this moment. You are already the best of the best. The fastest, the fittest, the most skilful players.

The players are READY! ?#FlagFootball at The World Games 2022 is about to get underway! ?

"Now you are also the history-makers in our sport. You carry the dream of an entire new generation.

"These next four days, the world will be watching. Let’s show the world the best of flag football. Let’s write our own history in this legendary stadium."

In the women’s preliminary round action got underway with hosts and world champions the US claiming a 31-25 victory over Panama in Group A.

Vanita Krouch made five touchdown passes for the US, with three of these received by Joann Overstreet.

Elsewhere in the women’s preliminary round Group A Austria defeated France 40-25, with Saskia Stribrny impressing for the Austrians as she threw six touchdown passes.

In the opening men’s preliminary round match in Group A Austria beat Mexico 25-20, with Felix Wasshuber throwing four touchdown passes for Austria.

Elsewhere in men’s Group A Italy edged past Germany 28-27, with kicking proving crucial in a tight contest that saw both sides score four touchdowns.

The remaining fixtures in the women's division saw Mexico beat Japan 34-13, Italy snuck past Brazil 25-19, the US defeated Austria 27-21, and Panama dominated France 42-6.

There was more disappoint in store for the French as their men's team lost 38-13 to the hosts.

A further 12 games are scheduled to take place tomorrow at Legion Field with the US and Panama kicking off the men's fixtures while Mexico and Brazil meet first in the women's.