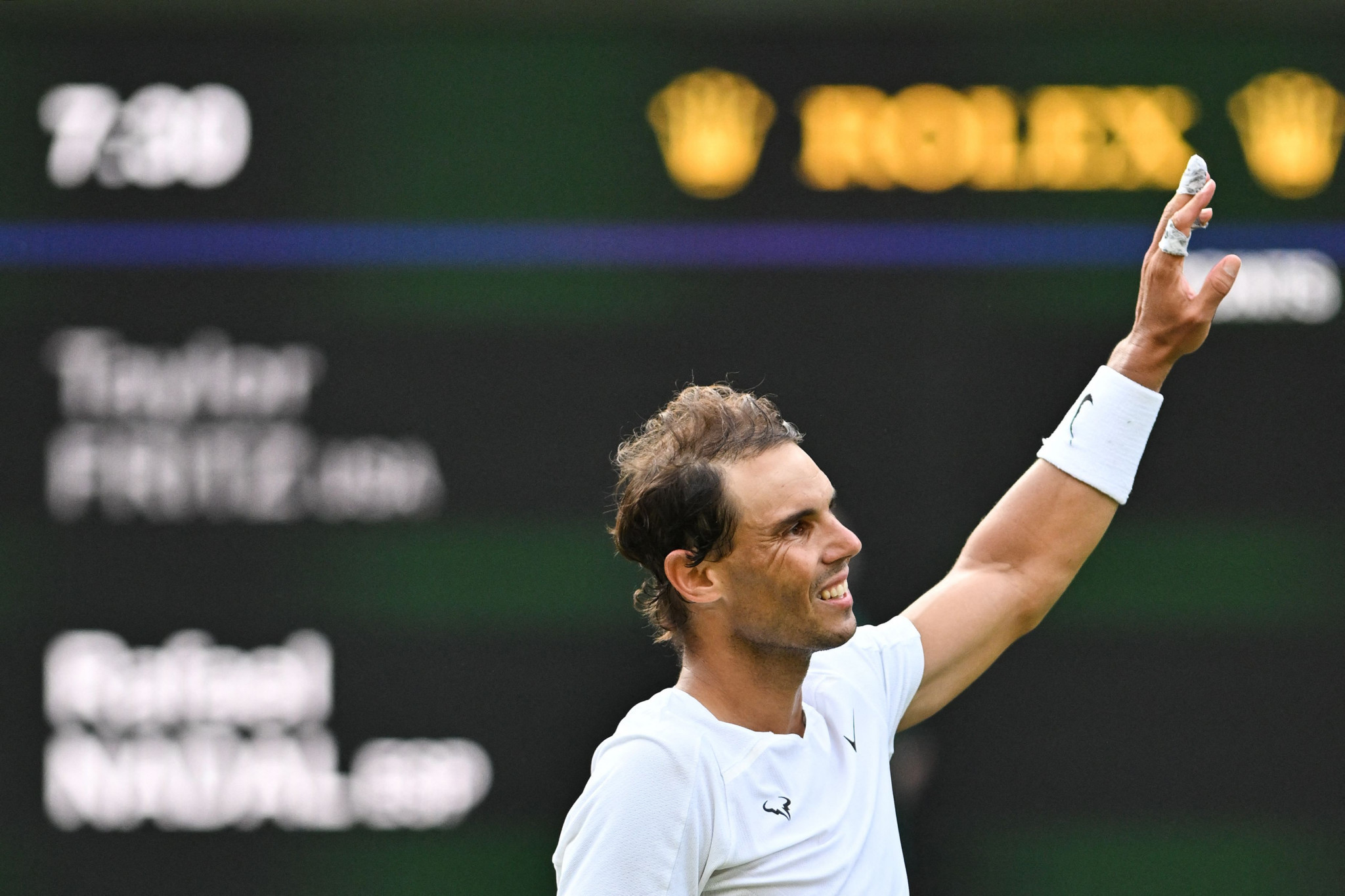 Spanish second seed Rafael Nadal has made it through to the semi-finals of the men's singles at Wimbledon, beating American 11th seed Taylor Fritz in a deciding set tiebreak on Centre Court with the score finishing 3-6, 7-5, 3-6, 7-5, 7-6.

Nadal had to push through an injury scare to make the final four at the All England Lawn Tennis Club in London for the eighth time in his career.

He received medical attention during the second set, which he managed to come through in to level.

It was a tricky last set for both players - who broke each other's serve - taking it to a tiebreaker when they were drawn 6-6.

In the tiebreaker, Nadal built up a comfortable lead, winning 10-4 to seal the victory.

His next opponent is Australian Nick Kyrgios, who made his first Grand Slam semi-final by beating Chilean Cristian Garín 6-4, 6-3, 7-6 in straight sets.

Garín had reached the final eight for the first time, while Kyrgios had returned to the same stage that saw him break through as a teenager back in 2014.

Despite an early break, Kyrgios claimed victory by a convincing margin.

The young American found her opponent tricky to break down, as she was unable to force Halep into many mistakes throughout the contest.

Standing between Halep and her sixth Grand Slam final is Elena Rybakina from Kazakhstan, who came from behind to beat Australian Ajla Tomljanović 4-6, 6-2, 6-3.

The 17th seed made the semi-final of a Grand Slam for the first time in her career with the victory.