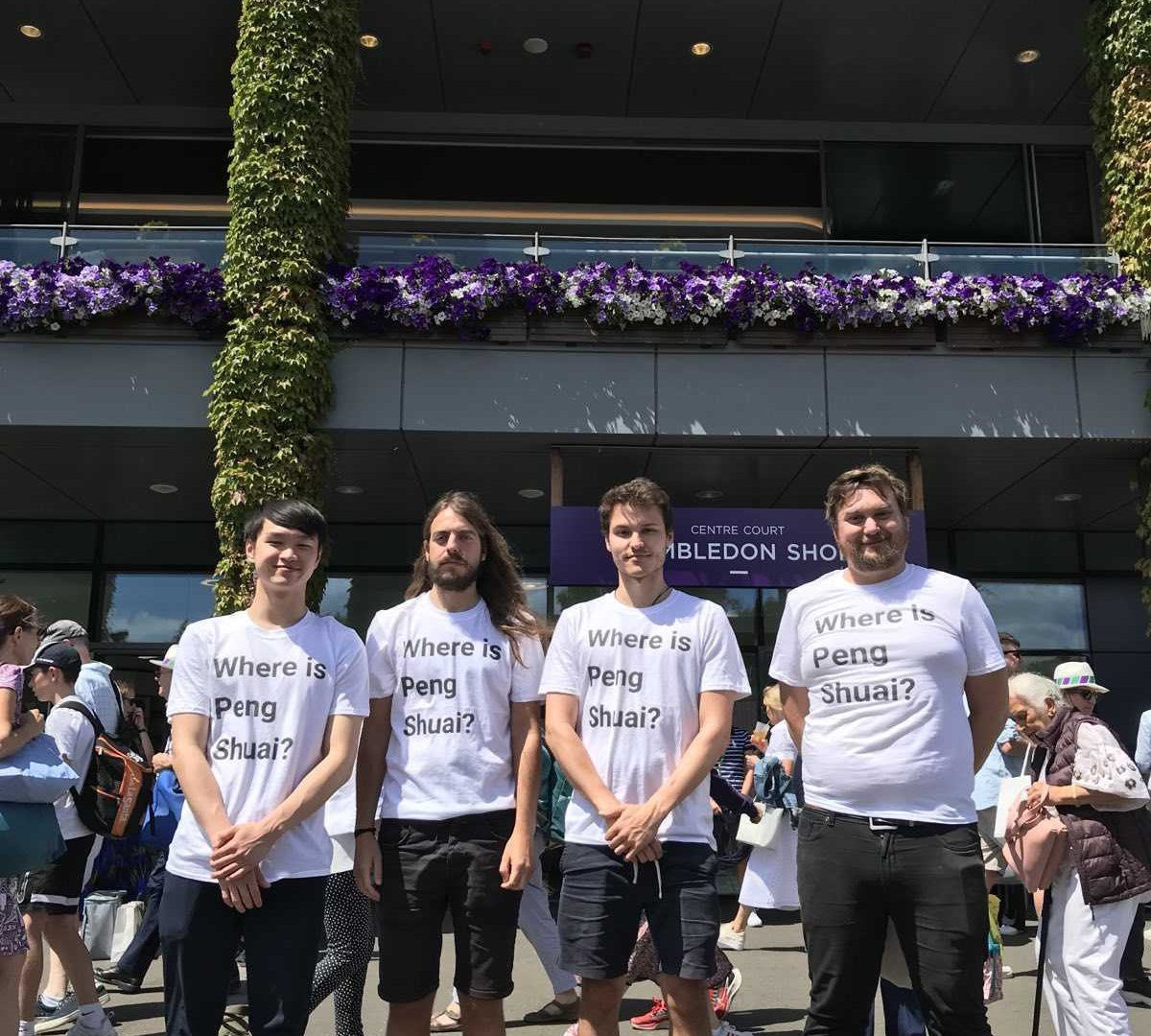 Free Tibet campaigners wearing "Where is Peng Shuai?" tee-shirts have claimed they were confronted by Wimbledon security staff, who warned them of political messaging and approaching other spectators at the competition.

It is alleged that security told the four campaigners it would be a "problem" if others joined their movement and that Wimbledon must remain politically "neutral".

Peng, winner of the the 2013 Wimbledon women’s doubles title, alleged in November last year that former senior vice-premier and high-ranking member of the ruling Chinese Communist Party Zhang Gaoli had sexually assaulted her 10 years ago.

Worldwide concern followed as she was reportedly not seen for more than two weeks, with the Women’s Tennis Association (WTA) refusing to stage events in China.

The former Chinese tennis player reportedly retracted her allegations against the former senior Vice Premier of the State Council in December and she repeated this during the 2022 Winter Olympics in Beijing 2022, where she was frequently seen alongside International Olympic Committee President Thomas Bach.

Will Hoyles, a representative of Free Tibet, revealed that the movement had come to Wimbledon to "raise a bit of awareness" after discussions surrounding Peng had quietened.

"We were peacefully walking around the grounds, occasionally talking to people about Peng Shuai," Hoyles told The Daily Telegraph.

"Peng Shuai is still not free and WTA agrees.

"Wimbledon should be speaking out for her release and not trying to stop tennis fans discussing human rights."

The matter shared similarities to an incident at the Australian Open when campaigners wore the same tee-shirts but security told them to remove them.

A backlash forced Tennis Australia to perform a U-turn and allow fans to wear the tee-shirts.

The nine-time Wimbledon champion Martina Navratilova, who previously criticised Tennis Australia, shared a video of the Wimbledon demonstrators and expressed her anger of the activists suggesting they were searched and questioned by security officials.

A spokesperson from All England Club confirmed security approached four individuals outside of Court One and that they were allowed to "continue to be able to wear their tee-shirts".

They added: "Like much of the tennis community and people around the world more broadly, we remain very concerned for Peng Shuai and we continue to support the WTA's efforts."

The WTA has remained committed to its stance of refusing to hold events in China and has persistently demanded a "full, fair and transparent investigation" into Peng’s allegations.

What? Not allowed to speak?!? WTH? https://t.co/RRsTVhHMWd

Free Tibet activist Jason Leith accused Wimbledon of double standards by suggesting Peng Shuai is a political issue as the event organisers had banned competitors from Russia and Belarus in reaction to the invasion of Ukraine.

"We are banning Russian players and Belarusian players who have spoken out against the war but then there’s all these human rights abuses that the Chinese Communist Party have carried out but that’s absolutely fine - so it’s a double standard," he said.

Leith also indicated that further action could be taken at Wimbledon with the group committed to highlighting Peng’s case.

"People in Tibet disappear on a regular basis following even the smallest and most arbitrary of slights against the Chinese Communist Party," he said.

"Such disgusting detentions cannot be allowed to stand and at Free Tibet we stand in solidarity with all victims of Chinese state oppression including Peng Shuai.

"The WTA have taken a strong stand against Peng Shuai’s persecution but the All England Club have shown hypocrisy by standing against the Russian warmongering but ignoring China’s human rights abuses, and cowardice by trying to suppress discussion of Peng Shuai’s fate.

"This is not the last action we have planned for Wimbledon tennis this year.